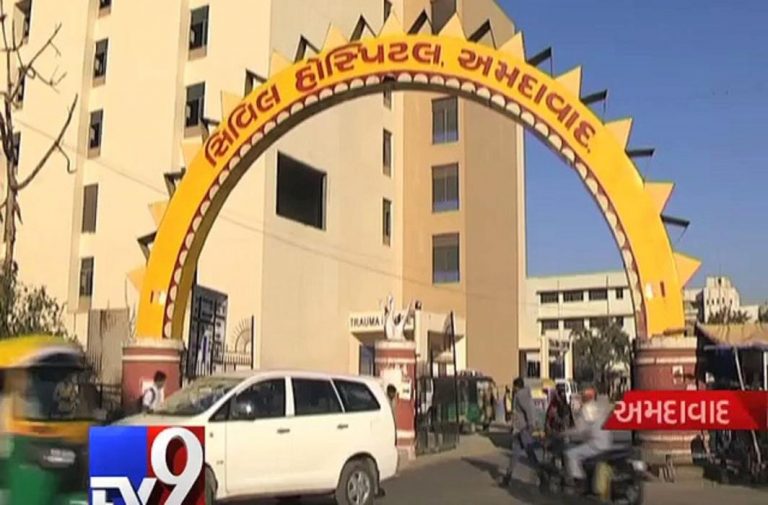 A scuffle broke out at the Civil Hospital in Ahmedabad on January 6 in which two reporters were allegedly heckled and pushed around by a group of men.

Damayanti Dhar, freelance journalist and another reporter with an Ahmedabad-based newspaper were present at the hospital to interview Dr. M Mariraj, a student of surgery who had attempted suicide alleging caste discrimination by doctors at the hospital when the incident took place.

Dr Mariraj is a third year student of the Masters in Surgery (M.S) course at the BJ Medical College in Ahmedabad. On Friday, he attempted suicide by swallowing sleeping pills following a verbal spat with senior doctors in the operation theatre. Mariraj who hails from Tirunelveli in Tamil Nadu had gained admission at the college under the All-India Scheduled Castes (SC) quota. An FIR was filed in which nine doctors were named and booked under the SC & ST (Prevention of Atrocities) Act.

A short while after Dr.Mariraj’s interview commenced in the E-3 ward of the hospital, a group of men led by one Keval Rathod who claimed to be a High Court lawyer and a Dalit activist entered the room. At one point, according to the reporter when Dr.Mariraj was asked about the claims made by senior doctors that he was oversensitive and overreacted to situations at times, he got visibly upset. At this point, Rathod and others alleged that the reporter had said that the case filed by Dr. Mariraj was false. This led to tension and the reporters were asked to leave the room.

Speaking to Alt News, Damayantee Dhar said, “At one point I asked him (Mariraj) do you think you are overreacting, because this is what your associate professors have said, that you are hypersensitive. Dr. Mariraj thought I asked him if he was exaggerating, and he got agitated. At this point Keval Rathod and others started shouting that I alleged the case that has been filed is bogus. These people became aggressive and Keval started abusing me at this point. I kept repeating I am simply doing my job. Others came into the room. Jyotsna Mali (Dr. Mariraj’s friend and intepreter) and I then came out of the room. These people pushed the other reporter out of the room and shut the door”

Dhar added, “These people then came out of the room and demanded that I show my identity card and that I delete the audio recording of the interview. They pushed me to the wall. The matron, at this point called the security. The constable who was present at the spot intervened but these people were in no mood to listen. Even after we were escorted to the main corridor, we were pulled back into the post-operative ward. I was pushed around and abused. The other reporter’s hand was twisted. The entire incident was recorded by these people from their mobile phones”.

Alt News also spoke to the reporter from the Ahmedabad based daily who concurred with Dhar’s account. “Keval Rathod who was present in the room said that Damayantee had alleged that a false case had been filed by Dr.Mariraj, when she had not said any such thing. Jyotsna (Dr.Mariraj’s friend) tried to mediate but Keval was not backing down. He asked us to get out. We were pushed out of the room. Later, these people stepped out and we were pushed around, not only in the E3 ward but also in the main corridor after we were escorted till there”, he said.

Alt News spoke to Jyotsna Mali, who said that the reporter’s questions were in the nature of provocation, and that she ought to have displayed greater sensitivity while interviewing Dr. Mariraj whose mental condition at that time was delicate. “She was questioning him about his experience and knowledge. Things got heated up because of the way she was questioning him, almost in the manner of interrogation. I left the hospital as I saw things were getting out of hand”

Alt News also spoke to Keval Rathod who downplayed the incident at the hospital. “It was a very minor incident. The reporters asked Dr.Mariraj if he is overreacting, and they suggested that the case filed by him was false as a result of which Dr. Mariraj did not wish to continue the interview. The matter ended there”

Geeta Pathan, PI Shahibaug division Ahmedabad in a conversation with Alt News confirmed that the reporters were indeed heckled at the scene. “Keval Rathod was present at the police station on January 10 where he apologised to Dhar for the misbehaviour of his colleagues at the hospital on January 6. He maintained that there was no intention to hurt the reporter. He has however expressed regret”.