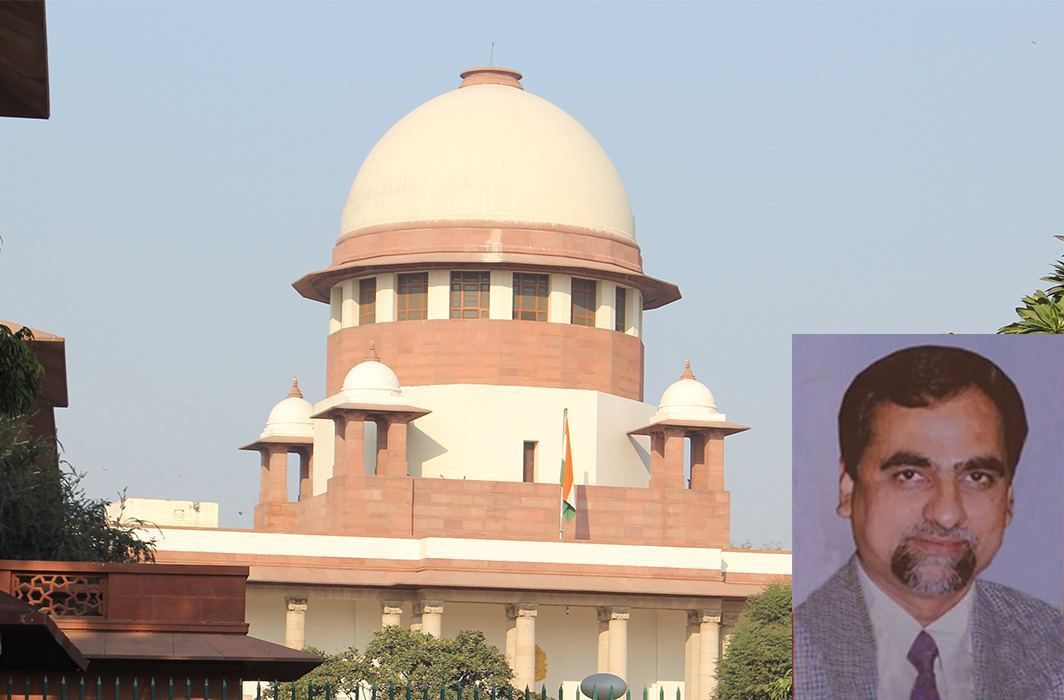 The Supreme Court bench of Chief Justice Dipak Misra and Justices A M Khanwilkar, D Y Chandrachud on Monday (March 5) continued hearing the plea seeking independent probe into the mysterious death of Justice B G Loya who was handling the Sohrabuddin Seikh fake encounter killing case in which BJP President Amit Shah has been an accused.

Senior advocate Dushyant Dave continued his defence. He said the collegium judges of the high court went to the press and said that Judge Loya died of a heart attack. “Who has the courage to go against the serving judges’ statements? Who asked them to go to the media and disclose the reasons of the death? This is very surprising. Filing of affidavits will ensure accountability,” Dave said.

He said that 27 interviews were conducted and all of them said that Justice Loya died of cardiac arrest. “If a judge has died under suspicious circumstances while handling a case involving such high profile people, the court must interfere and order an unbiased independent investigation.”

He submitted the report covered by Carvan magazine on Judge Loya’s death. He read out the report to the court.

He said: The CBI went before the Bombay High Court which was while listening to a related matter and asked for an adjournment for no reason and on a later date the bench is changed. What is even happening?” asked Dave.

He said: “Two things happened in last two weeks: One, a high court judge who is hearing the matter was changed by the change in roster and the CBI asking for adjournment without any reason and the next day the bench changes.”

When senior advocate Harish Salve interjected and said that he was raising fingers and abusing sitting judges, Dave asked: “It is alright if judges are giving interviews and giving clean chits?”

To this Dave said that Mehta had “no right to stand in the court, because he has been counsel of Amit Shah since the last 15 years and Salve had also defended Amit Shah. This shows how the state has connived.”

He added: “If a sitting judge has suffered a heart attack in a VIP guest house, there were surety cars are available there. It is not acceptable that for any emergency, they waited for a car to come. Also the three judges took him to Dande Hospital and not to any government hospital nearby. Why could the judges not says ‘ok fine, he died of a heart attack, but an independent inquiry be instituted?”

Justice Chandrachud remarked: “We are not wishing away any possibility, but we will not make any bad faith assumptions against district court judges or high court judges.”

Dave said: “That’s what they actually want, get it done with.”

At this the CJI clarified that what is being submitted is “either dismiss the petition or order an investigation.”

At this Justice Chandrachud told Dave: “Someone who has practised at Gujarat High Court should not raise the question as to why was the roaster changed in 6-8 weeks.”

After that the senior counsel read out three judgments related to the Shorabuddin fake encounter case. “This judgment is related to the Sohrabuddin case, delivered by three judges of this court,” he said. Dave referred paragraphs 62, 64, 66 and 80 of the judgment. “Gujarat police themselves admit it was a fake encounter,” he said. “Initially the police made out a case that Shorabuddin was well-known dreaded terrorist and the he was shot by the police in the encounter. The police reported an FIR. This court asked for the investigation which started 6 months after that. Here in the case police admits that it was a fake encounter.”

He repeated the age-old saying, that “Justice must not only be done, but it must be seen to be done.”

Dave said: “Thirty witnesses have become hostile, around a dozen are discharged. Here we are talking about right to life, independence of judiciary etc.”

He also brought in administrative anomalies. “When it was clearly directed that the case be adjudicated by only one officer, how come it was changed?”

He submitted that live recording of father and sister which the journalist had recorded for eight months in which they have made serious allegations against the Chief Justice of the high court. “Now they deny those recordings,” he said.

Said Dave: “Even if there’s no suspicion, there’s nothing wrong in holding a independent investigation. We have nothing to lose. We are talking about the whole state machinery being utilised.”

Dace then read out the letter written by Judge Loya’s son to the court, asking for the filing of an FIR on the day of the cremation. “The journalist has not made an overnight investigation. Caravan has made a very deep investigation. Nobody has any interest in anybody. Everyone is interested in knowing truth.

“He was offered Rs 100 crore as bribe by Mohit Shah for a favourable judgement,” Dave said. “Story about Dande and Maditrina are afterthoughts,” submitted Dave “Bar and bench, as an institution, don’t we owe anything to the family? Why was Loya taken to Dande hospital? Why not in best hospital? You call him your friend and you did not care enough to take him to any other better hospital in the vicinity of not more than 5 km from Ravi Bhawan?”

Then Dave made a direct allegation. He said: “Why, not long after the Acting Chief Justice (of the high court) called this boy (Loya’s son) into chamber, did the boy issue a statement saying there was nothing wrong about the death? What does it indicate? Everything was done to shun the investigation.”

He continued: “In 2014 the judge was facing pressure from Chief Justice Mohit Shah during trial of the Sohrabuddin case. This was revealed by the family. How can your lordship not see from your forensic eyes that everything is orchestrated?”

“Why did the CJ of Bombay High Court not tell that boy that I am ordering investigation right now, even if it is after three years?”

The submission made by seniuor advocate Mukul Rohtagi in that case when he was Attorney general was read by Dave. He said “Rohtagi was always in favour of the welfare of the society. It’s not correct to sideline the Caravan article straightaway.

“I dare, the family members be called in the chamber in teh absence of the counsels and your lordship will know the truth,” Dave said.

He said that the pathology document showing he actually did not suffer a heart attack was not filed by the respondent and it was obtained through RTI submitted senior counsel Prashant Bhushan at this point. Bhushan had asked to be allowed in to help the court and the court had agreed.

The case comes up again on March 9.