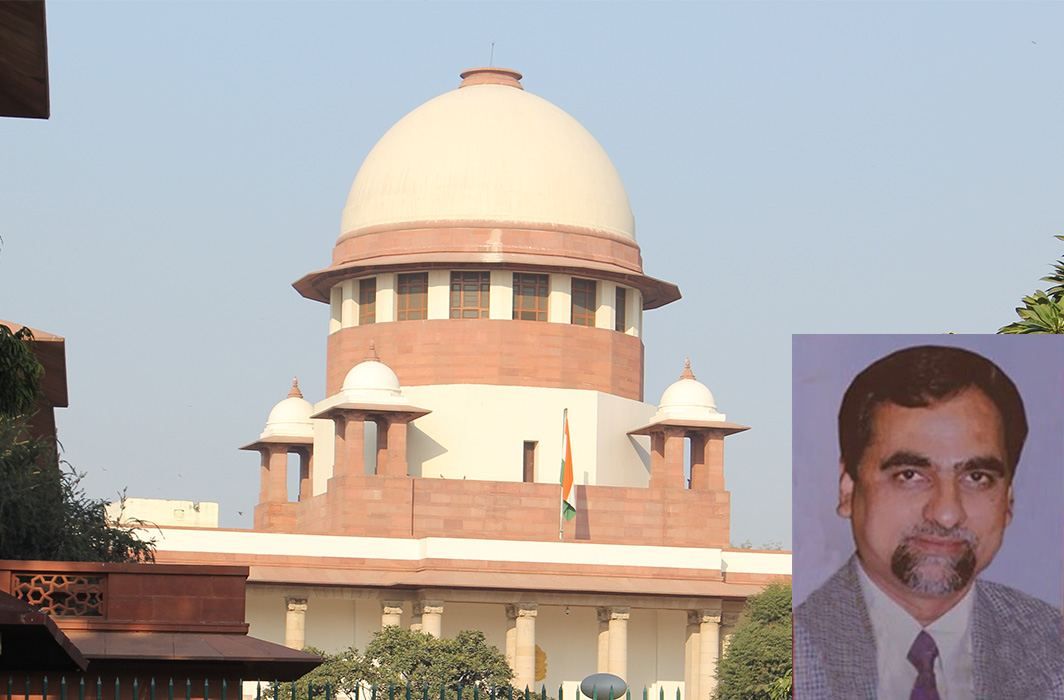 The Supreme Court bench of Chief Justice Dipak Misra and Justices A M Khanwilkar, D Y Chandrachud on Friday (February 2) resumed hearing of the plea seeking independent probe into the mysterious death of Justice B G Loya who was handling the Sohrabuddin Seikh case.

Senior advocate Dushyant Dave, appearing for the Bombay Lawyers Association, started arguments by referring to the report of the Commissioner of intelligence which says that investigation be started again.

“Why was the dead body not sent to his house or his family not informed? They say that they informed his friends. It is a serious matter. State is only resisting it. Our case is that the death is suspicious. The state must not be resistant. It must be willing to investigate the matter,” Dave submitted.

Dave continued: “In reports there are many discrepancies. Let’s accept (for argument’s sake) that the death was natural. Even then, what’s the harm in having an investigation if so many questions have come up before the bench? The bench must direct that let the pleadings be completed so that he has time to file the rejoinder. There are two issues: Certain documents need to be added and pleadings must be completed on time.”

Senior counsel Harish Salve appearing for the Maharashtra government submitted: “Some of the records haven’t been submitted.”

Senior counsel Mukul Rohatgi, appearing for one of the parties submitted: “There is some third, strange person named Mr Rathi whose statements have been recorded. And ironically, none of the judges were present at the time of the incident. Mr Rathi is a doctor in Nagpur.”

One of the respondents submitted that for the last three years nothing had happened in the matter but only after Caravan’s magazine’s “fake article”, this issue has again come to light.

Rohatgi further submitted that all the records have been submitted, which the petitioners unanimously denied.

Justice Chandrachud said: “Let’s have a bird’s eye view of this matter and the nature of this case and perhaps the documents required, so that the concerned documents can be produced by the respondents.”

The records have been overwritten, so the documents must be filed in original and not the photocopied one, submitted the petitioner.

Justice Chandrachud asked the counsel to brief the court about contradicting facts and to produce before the court the additional documents systematically that are required to be filed.

Dave submitted: “It was surprising that Special CBI judge M B Goswami disposed of the case so quickly even though thousands of pages of evidences was recorded. The CBI didn’t file any appeal who was directed to investigate despite a mandate by the sc to file chargesheet against Amit Shah (BJP President).”

Dave demanded independent investigation and said the demand for same judge in Supreme Court was made so that pressure could be built on the court.

Rohatgi countered Dave by saying: “Are we here for administrative issues, or for the death of a sitting judge? The high court is a party to the petition in writ petition 2.”

Dave said: “Caravan does not cast any aspersion on the judges. The reports do not inspire confidence as there are many contradictions. Why did Rathi become the informer in the case? And no immediate information to the family was given.”

“No proper action and treatment was given to Judge Loya for two and-a-half hours in nearby hospitals despite him having complained about chest pains earlier. Police constable Pankaj was marked to be important. Even Mr Rathi did not mention the presence of an interim officer. Rathi in his statement to the Commissioner of Intelligence does not mention that any other officer was present at that time. Even now he submits the same. The entire family of Justice Loya lived in Mumbai. Is it acceptable to hand over the body of the judge to a stranger by the judges? Let them present the photographs of the marriage ceremony. Let us see who all were present at that time.”

Dave further pointed out: “Handling a dead body of a colleague to someone unknown is an unbelievable act. This is the most important controversy.”

Rohatgi countered Dave: “The handing over of the body of Justice Loya to a stranger never happened. A district judge was present there and his statement was recorded.”

Dave questioned: “Justice Loya died under the most questionable circumstances. Why was the body of Justice Loya sent to his native place when his entire family lived in Mumbai? The Chief Justice of the High Court was repeatedly going out of his way to help the subordinate judges. Hospital records say that the judge was brought dead. The judge was brought dead and the bill charged upon the body of the dead judge was horrific. Mr Rathi also says that the judge was brought dead to the hospital. A person who dies of heart attack and you do neurosurgery. Every fact is revealing shocking facts. How you can say that a person who died out of heart attack underwent neurosurgery?”

Rohatgi countered Dave: “Various tests were done on Justice Loya at Dande hospital. Dande hospital tried to survive Loya back to life but after doing every possible treatment could not save him, for which hospital has charged them.”

Dave claimed that Justice Loya’s wife’s statement was taken under pressure. “Father, mother, sister and brother of Loya must be brought to this court and if they submit that they do not want to pursue the case, then we will not. They have been pressurized.”

Senior counsel Indira Jaising, appearing for one of the parties, said: “The reports must be filed in original as the ones presented, seems to be overwritten.”

Dave said: “All documents are self produced and not authenticated due to which till date none of us know the fact. These reports hide a lot, they does not show the correct facts. (About) Unnatural conduct on the part of other judges as none of them responded when judge Loya complained about the chest pain.”

Dave again urges the bench for an independent enquiry.

Justice Chandrachud said: “On the basis of someone’s conduct (other judges/colleagues) it cannot be said that a particular statement is wrong, as people can act differently in different situations.”

To which Dave said: “The father and sister in a video recording have accused the Chief Justice. Let us not. Justice Loya’s wife/family could be easily contacted. Local judges, judges of the high court and judges of the district court were called upon after the death of the judge. Where were they during 4 pm to 6:50pm period?”

Dave further asked: “Other judges would have informed about the bad health by taking numbers from the mobile of Justice Loya which is a very common act of a human being. Security of judge Loya was withdrawn a week before his death. A week before judge Loya’s death, no personal security was provided in Mumbai as confirmed by the commissioner.”

Dave further contended: “Judicial review is one of the important functions of the court. If such practice is allowed it will defeat the rule of law and make submission that certain issues need to be considered that includes no proper filing of chargesheet, discharge of Amit Shah, transfer of judges and discharge of other police officers.”

Rohatgi pointed out: “Justice Loya called nobody. He was not in a position to call anyone. It is recorded by the constable.”

Dave emphasized: “His mobile records must be obtained. It will give us a clear picture as to who was called and who was not. Mobile records of Justice Loya must be an object for consideration. There is some discrepancy in the records. These are matters on which light should be put.”

Another counsel submitted: “Statements of officers do not tally. The discrepancy as to whether the neurosurgery was done at the first hospital. At Dande’s ECG was done but it is nowhere shown in the records. There are some discrepancies in respect of ECG whether it was done or not and that is a very important fact in questioning about proper medical assistance.”

Jaising asked for three documents to be produced before the Court: original register on which overwriting has been done, ECG if any performed or not and the statement of Mr Rathi.

The bench directed for further investigation and ordered that the copies of the transferred writ petition should be provided to the respondents.

The bench listed the matter for next hearing to February 5.