Home Top News of the Day news Justice Chelameswar: “Set up constitution bench at the earliest to hear Aadhaar matter” 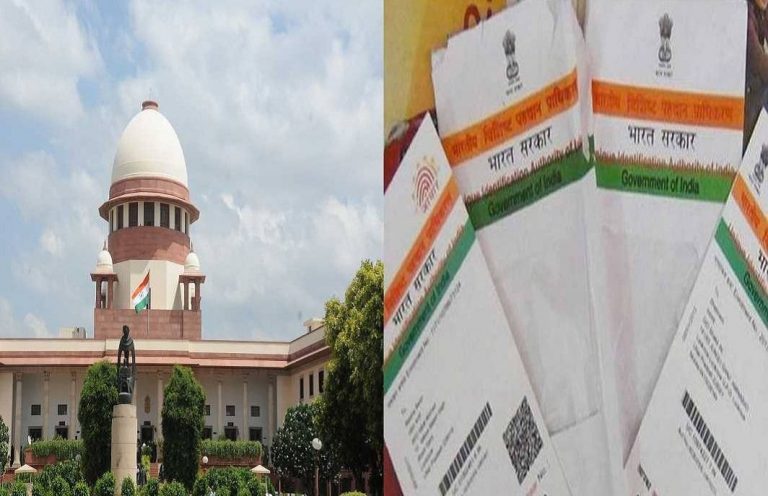 The Supreme Court on Friday, July 7 heard applications for interim relief to stay notifications which make Unique Identification Number or Aadhaar, a biometrics-linked identity number for residents, mandatory for availing any benefits and entitlements. The applications are by the same petitioners whose challenge against the constitutionality of the Aadhaar Act is pending before a Constitution Bench of the Supreme Court.

The notifications make Aadhaar mandatory for a number of schemes, including for children to get hot cooked meals, several scholarships for disabled students and students in SC. ST, OBC categories, schemes for relief for women rescued from trafficking, bonded labourers, and relief for Bhopal gas leak victims. The notifications make possession of an Aadhaar number, or proof of enrolment in Aadhaar database, mandatory.

Petitioners have prayed that imposing enrolment in Aadhaar as a pre-condition for availing social benefits violates the fundamental rights of citizens. It is causing denial of benefits to persons who are otherwise legally entitled to the benefits, at enrolment stages, as well as when they face biometric rejection, data errors, network errors, and other problems.

The hearing began with the senior counsel for the petitioners Shyam Divan taking the Bench through the earlier orders of the Supreme Court, including those of August 11, 2015 and the Oct 15, 2015, which clearly stated that Aadhaar shall be purely voluntary. Divan emphasised that the case deals with a vital constitutional question as allowing Aadhaar project to go ahead unchecked in the manner, seeking linking Aadhaar to almost every transaction and aspect in life, is effectively reducing the citizen into a 12-digit number and transforming the country into a concentration camp for the citizens.

The Court was of the view that given that the entire matter was before a Constitution Bench (it is now 696 days since a Constitution Bench was formed to finally decide on Aadhaar matter), and that the litigation on Aadhaar has been lingering on for years, the correct course would be for both the parties i.e. the petitioners and the government to jointly mention before and impress upon the Chief Justice to constitute a Constitutional Bench to finally dispose of the entire batch of petitions. Attorney-General KK Venugopal who was present in Court agreed to join Divan for a mentioning before the CJI early next week for that purpose.

The Bench also indicated that in the eventuality of CJI agreeing to form a Constitution bench, petitioners may come back to the court and argue for interim relief.

These applications were earlier heard on May 9 and then on June 27 by a vacation bench consisting of Justice Khanwilkar and Justice Navin Sinha. The July 7 hearing was before a special three judge bench headed by Justice Chelameswar sitting with Justice Khanwilkar and Justice Sinha. Justice Chelameswar also headed the bench that passed the order dated August 11 2015 that referred the batch of petitions challenging Aadhaar project to a Constitution Bench as it felt it required a definitive pronouncement on, among other issues, the issue of the existence and scope of a fundamental right to privacy under the Constitution of India.

The Friday’s hearing marks the first time that the government has agreed to mention before the CJI to constitute a larger bench to finally hear the constitutional challenge to the project and the Aadhaar Act. In October 2015, government had mentioned before the then CJI HL Dattu to get the Constitution Bench only to hear and decide their applications for modifying the August 11 order.