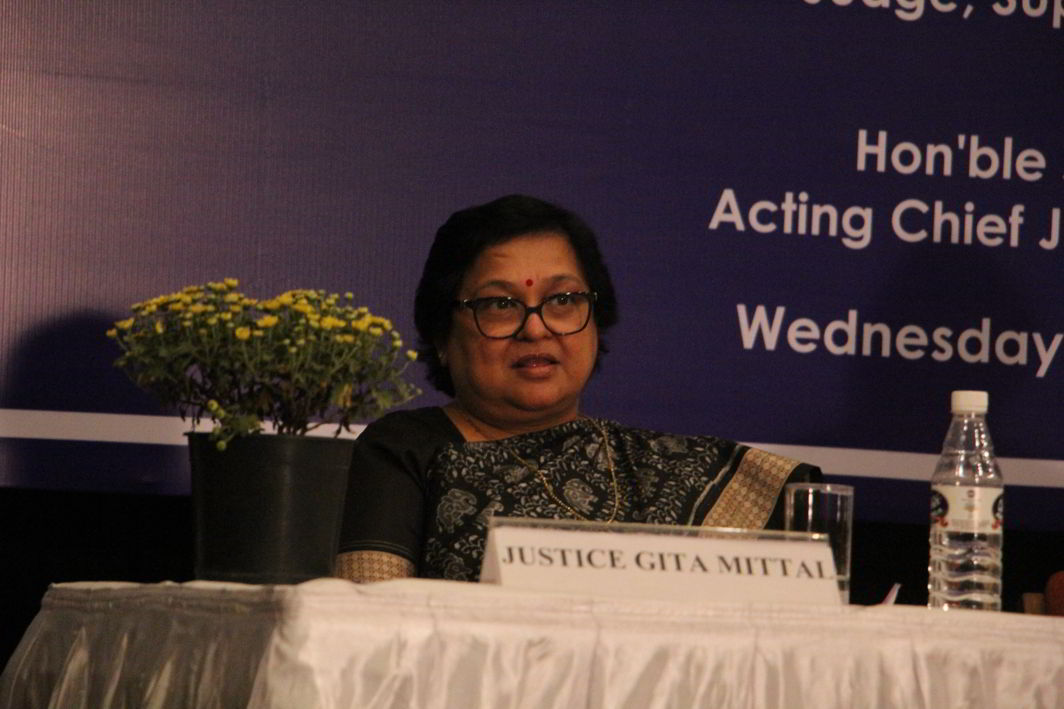 Acting Chief Justice of Delhi High Court, Justice Gita Mittal will be speaking at the Summit of “Women Judges and Prosecutors on Human Trafficking and Organized Crime” to be held on November 9 and 10 at the Pontifical Academy of Sciences in Vatican City, Rome. Justice Mittal is the only woman invited from India to speak on the topic.

Her address has been scheduled for November 10 at 9:15 am (local time).  The meeting has been called under the conviction that modern slavery, in the forms of forced labour, prostitution and organ trafficking is a crime done against humanity. There are 67 women judges, prosecutors, counsellors hailing from all over the world speaking on human trafficking and related organised crimes.

The judges and prosecutors who would be speaking in this summit will be sharing their experiences, assessing the existing models available to curb organ trafficking and propose new models to eradicate this evil.

Justice Mittal, who would be the 35th Speaker in the summit, has an experience of dealing with cases of child trafficking in her career as a judge. In a 2014 Delhi High Court judgment, when the age of juvenility was being debated, Justice Mittal had passed a judgement extending protection to minors rescued during anti-trafficking raids under the Juvenile Justice Act. She ruled that such children are not offenders under the Immoral Trafficking Act but children, who need care and protection.

“The only answer…is that a person under 18 years of age, who is recovered in police action under Sections 15 and 16 of the IT Act, has to be treated as a child in need of care and protection within the meaning of the expression under JJ Act 2000,” read her judgement.

The summits’ website says: “The Summit underlines its trust in feminine sensibility which is rich with kindness and gentleness will play a decisive role in proposing the best practices.” The summit also acknowledges that “women are more capable than men of directing their attention to the concrete person in their circumstances and that their vocation for justice in society—giving each what is theirs—is a further manifestation of this disposition.”

Pope Francis has been committed towards eradicating human trafficking. As a result of his meeting with the then UN Secretary General Ban Ki-Moon, Goal 8.7 which deals with eradicating human trafficking was included as one of the Sustainable Development Goals of the United Nations Office on Drugs and Crime. SDGs are a universal set of goals that the UN member states are expected to achieve over the next 15 years. “Take immediate and effective measures to eradicate forced labour, end modern slavery and human trafficking and secure the prohibition and elimination of the worst forms of child labour, including recruitment and use of child soldiers, and by 2025 end child labour in all its forms,” states Goal 8.7.