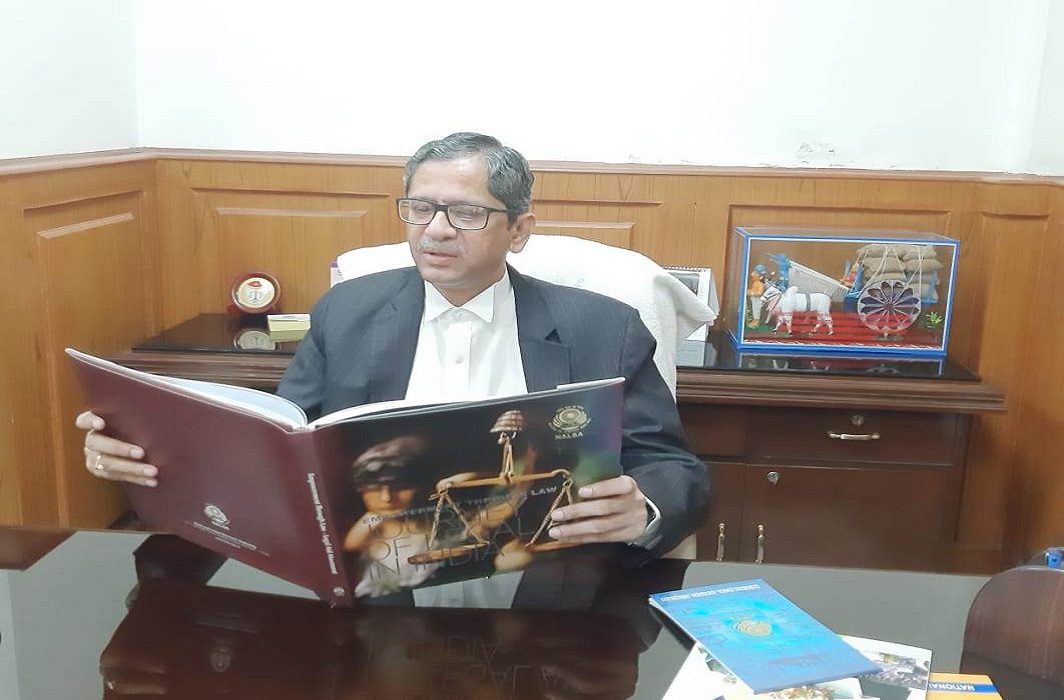 The President of India Ram Nath Kovind has nominated Justice NV Ramana, second senior most Judge of Supreme Court of India, as the Executive Chairman of National Legal Services Authority (NALSA) with effect from November 27, 2019.

Justice Ramana was nominated by the President after which the Ministry of Law and Justice issued a Gazette Notification.

NALSA was constituted in the year 1987 with a vision to promote an inclusive legal system in order to ensure fair and meaningful justice to the marginalized and disadvantaged by providing effective representation and awareness.

Before being nominated as the Executive Chairman of NALSA, Justice Ramana had also held the office of Chairperson of the Supreme Court Legal Service Committee (SCLSC). During his tenure, nearly 1545 cases have been filed by the SCLSC while the total pendency has been reduced from 3800 cases in January, 2018 to 1811 to August, 2019.

After taking over the office of the Executive Chairperson of NALSA, Justice Ramana visited the NALSA office at Jam Nagar House, New Delhi where he interacted with Sunil Chauhan, Director, NALSA and other Officers focusing on increasing access and efficiency for the promotion of legal services. Justice Ramana has also issued a Vision Statement laying the roadmap for future activities of NALSA.

In the year 2020, primarily, the focus will be on enhancing the quality of legal services in both court based and outreach activities. The main emphasis will include Implementation of the Legal Aid Defense Counsel System which is one of the recent initiatives of NALSA to render competent services in legal aided cases, strengthening basic units such as legal services clinics and updating and digitizing the Front Offices of the Legal Services Institutions to work as One Stop Centres for legal aid seekers, Implementation of Protocol for providing legal assistance right from the stage a person is called to the police station on suspicion, strengthening jail legal services clinics, strengthening the monitoring and mentoring committees at the District Level, carrying out effective outreach in the aspirational districts, emphasis on planned outreach programmes on the basis of assessment of needs, preparation of booklets in regional languages in a simple language regarding laws affecting the marginalized categories, etc.

Through the aforesaid activities which are to be carried out by the Legal Services Institutions at various levels, it is expected that there will be an enhanced and improved public trust, minimization of unnecessary arrests, effective representation of prisoners at the remand stage and better visibility and dissemination of legal awareness through increased outreach programmes. The outreach legal aid programmes will be strengthened and aligned with the marginalized and vulnerable people’s legal needs. There will be a stronger movement for legal empowerment. The coming year will see accelerated action on meeting the legal needs of the marginalized sections of the society.

About NALSA (pdf) NALSA at a glance