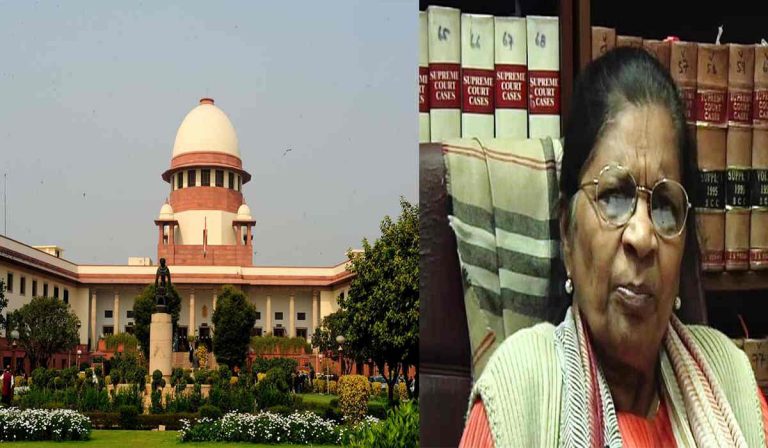 Above: (L-R) Supreme Court and Advocate on Record Kamini Jaiswal

The Chief Justice Dipak Misra-appointed special Supreme Court bench of Justices R K Agrawal, Arun K Mishra and A M Khanwilkar on Tuesday (November 14) dismissed AoR Kamini Jaiswal’s petition regarding the UP medical College scam. However, while admitting that this was a case for contempt, the bench decided that no contempt proceedings would be instituted against either Jaiswal or senior counsel Shanti Bhushan.

The bench also said that the original Campaign for Judicial Accountability and Reforms (CJAR) petition (by Bhushan) will continue with the constitution bench formed for the purpose.

On Tuesday Justice Arun K Mishra said that the FIR was not against any judge and that the attempt by Bhushan for forum shopping was scandalising the bench. He also said that the court was not informed that a similar petition was already listed before Justice A K Sikri.

Justice Mishra clarified that the CJI was competent to refer this matter to this court. “We regret such kind of petition filed by a senior advisor of this court,” said Justice Mishra while giving his verdict on the fate of the Kamini Jaiswal petition. He also said: “Damage has been done to the institution because of this. We also observe that with the FIR unnecessary aspersions were cast.

“Petition dismissed,” he announced, adding, “in hope and expectation that they (the counsels) will work towards prosperity of the institution.”

With this dismissal the apex court has been able to deal with the technical irregularities of two similar petitions being filed before two benches and has also, for the time being, avoided the personality clash between Chief Justice Dipak Misra and Justice J Chelameswar.

The other part of the troubling petition is the allegation in that CJAR petition of someone in the apex court having been approached by the arrested former Judge of the Orissa High Court I M Quddusi and his cohorts. That is a key issue that has to be dealt with.