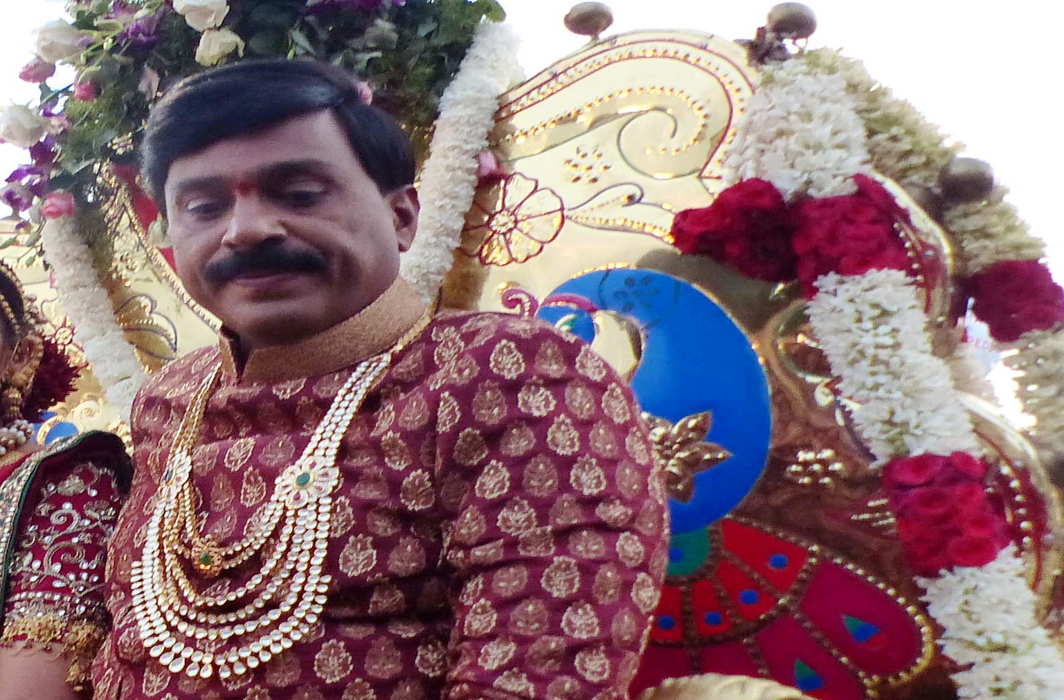 Despite new pre-poll survey pointing at a BJP victory it is being widely said that the biggest Achilles Heel for the BJP in the upcoming Karnataka elections will be its association with the Reddy brothers, who are embroiled in the over Rs 50,000-crore illegal mining scam in the state. The issue is so strained, that BJP president Amit Shah has actively avoided sharing a stage with them, by recently cancelling his scheduled Bellary rally. Yet the party has given tickets to seven members of the Reddy clan.

However, Prime Minister Narendra Modi, accepted a “compromise” when he was seen on Thursday (May 3) sharing the stage with one of the Reddy brothers at a district stadium. On stage with the Prime Minister was Gali Somashekhara Reddy.

Now, adding insult to injury, the Supreme Court on Friday (May 4) threw out an appeal by Gali Janardhana Reddy to allow him to campaign in Bellary for his younger brother and BJP candidate, Somasekhara Reddy. Elections are set for May 12.

Not too far behind in the race for reinstating the Reddy brothers in social circles – ostensibly to gain their support (as well as funding) for a full foothold in Bellary – was BJP state president and the party’s chief ministerial candidate BS Yeddyurappa. He stated that that he has pardoned the Reddy brothers “in the interest of the state”.

Chief Minister Siddaramaiah, who has made the return of the Reddys one of the main election issues, has attacked Yeddyurappa for “pardoning” the Reddys.  In his tweet, he asked: “Which interest of Karnataka is served by pardoning someone who looted thousands of crores of Kannadigas’ wealth? Is it upto you to pardon him? Did you ask PM Modi to direct CBI to formalise the ‘pardon’?”

Gali Janardhana Reddy, the alleged kingpin of the mining mafia, has been leading the BJP campaign in central Karnataka districts, damaging the “fighting corruption” perception the party is trying to build against the ruling Congress.

Speaking to News18, Siddaramaiah said, “The Reddy brothers are the biggest criminals in the history of Karnataka. They looted state with impunity. The BJP has once again embraced them. They have got seven nominations. Yeddyurappa’s own son has not got the party ticket. One can easily understand that if the BJP comes to power, it will be the Reddys who will be ruling the state, not Yeddyurappa. It is another matter that the BJP will never come to power in Karnataka.”

Countering the CM, Yeddyurappa said, “Reddy brothers, except Janardhana Reddy, are with us. Janardhana has not asked for any ticket for Assembly elections and we are not going to give a ticket. He is going to help in Bellary and few other districts where we can get 15-20 seats easily because of Janardhana… People are happy that he is supporting us.”

What has shocked party workers is that seven members from the Reddy clan got BJP tickets even after Amit Shah publicly disowned them a few weeks ago.

Janardhana Reddy had declared that he will campaign against Siddaramaiah in Badami where his Man Friday B Sriramulu is the BJP candidate. But the court has put paid to his activities.