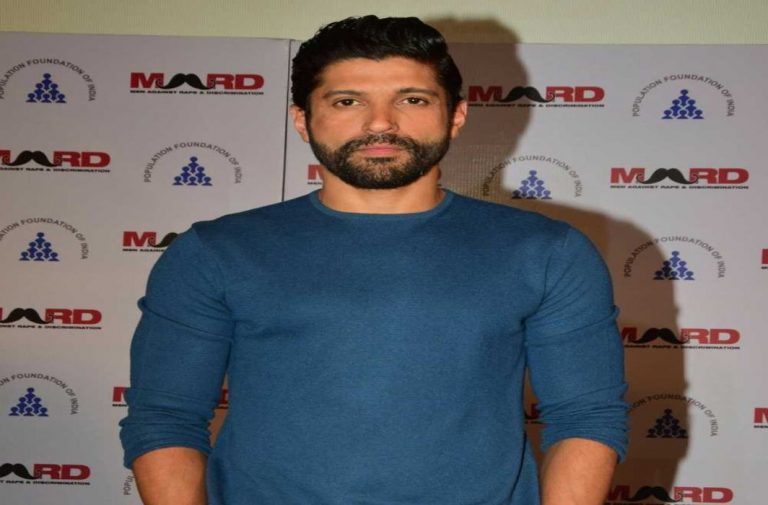 The latest in fake news about Kasganj is one circulated on social media, involving Bollywood actor-director Farhan Akhtar, attributing to him a message he never posted.

Kasganj riots set off a spate of misleading reports, intended to inflame passions against Muslims and portraying them as opposed to Republic Day celebrations and wholly responsible for violence – even after it became clear that (1) it was a ABVP-VHP rally that tried to drive through a lane where the Muslims were celebrating the Republic Day and were in the process of hoisting the national flag (2) they tried to get a saffron flag also hoisted (3) tried to force Muslims to shout Vande Mataram.

Most news coverage kept repeating the line: “clashes happened when the Tiranga Yatra on Republic Day was passing through a Muslim-dominated area”, which is completely misleading. Certain media outlets enthusiastically advanced misleading reports and even blatant lies with an apparent motive on painting a minority community as the ‘villain’ while absolving the Hindutva right-wing groups affiliated with the BJP of their evident transgressions.

Another fake news claimed that apart from Chandan Gupta, another Hindu man Rahul Upadhyay had also been killed in the riots. UP Police refuted this and Rahul himself surfaced and said the news was fake.

The attempt to paint Muslims as villains went beyond this when a fake message attributed to actor Farhan Akhtar was circulated on Twitter by a person named Gaurav Pradhan, who is followed on Twitter by none other than Prime Minister Narendra Modi, according to fake news buster Alt News.

The quote attributed to Akhtar says, “It was Jumma (Friday) on 26th January. Had Hindus not taken tiranga march through muslim majority area of Kasganj and raised provocative slogans like Vande Mataram they couldn’t have been killed”.

According to the message, the actor is justifying the death of those killed in the communal violence in Kasganj and also calling ‘Vande Mataram’ a provocative slogan.

The said quote is viral on twitter and on facebook, and is being shared in number of pages and groups where Akhtar is described as a ‘jihadi’, said Alt News.

Alt News reported: “Gaurav Pradhan, who tweeted about this, is a repeat offender. He has been caught spreading fake news in the past as well. He is among those who are followed on twitter by Prime Minister Narendra Modi. Pradhan tweeted the image with the stamp of Postcard News on it. Postcard News is a leading purveyor of fake news with the objective of inciting communal hatred, and has been exposed on earlier occasions by Alt News.”

Akhtar came out with a clarification, tweeting that he had never said what was being attributed to him by nefarious elements on social media and urged his fans and followers to be cautious about what and what not to believe on social media.

Gaurav Pradhan deleted his tweet after Akhtar’s clarification. However, instead of apologising, he came back with further malicious insinuations.

Thanks for clarification @FarOutAkhtar BUT the larger question is where is ur intolerant Brigade mom dad who jump on every issue?? Why they take so many sleeping pills? या सांप सूंघ गया #KasganjTruth के नाम पे https://t.co/82mmmwPiL1

“The far-right ecosystem on social media is known to spread mischievous and misleading information time and again, despite being exposed repeatedly. The incessant nature of their campaign is directed at keeping communal tension high, seeking to divide communities through provocative content. Farhan Akhtar is only the latest victim of this malicious propaganda,” said Alt News.