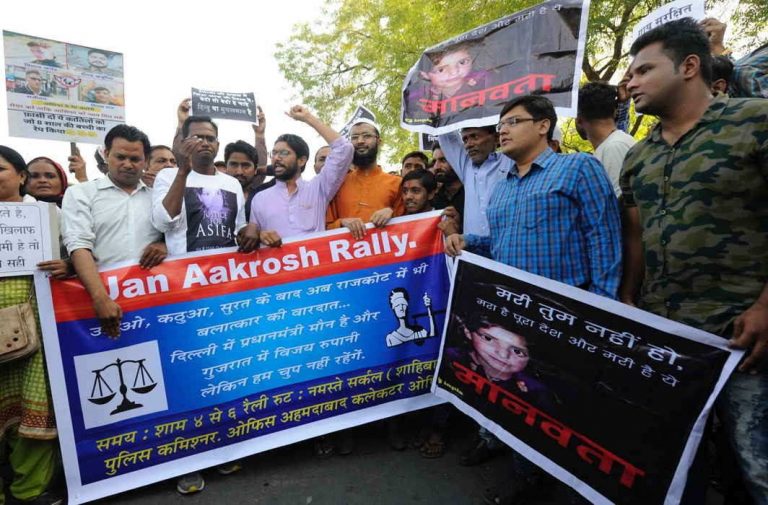 A special court in Pathankot on Monday convicted six of the seven accused in the Kathua gang rape and murder case.

The court held guilty—Sanji Ram, Parvesh Kumar, Deepak Khajuria, Anand Dutta, Tilak Raj and Surender Verma in the case. However, the seven accused Vishal was let off by the court.

Earlier, the district and sessions judge Tejvinder Singh on June 3 had announced that he will deliver the verdict on June 10 after completing the trial in the case on a day-to-day basis on the instructions of the Supreme Court.

The apex court had earlier transferred the trial of the case from Kathua to Pathankot and had directed the Pathankot court to complete the proceedings on a day-to-day basis.

The eight-year-old nomadic girl was abducted, drugged, gang-raped, tortured and killed on January 10, 2018.