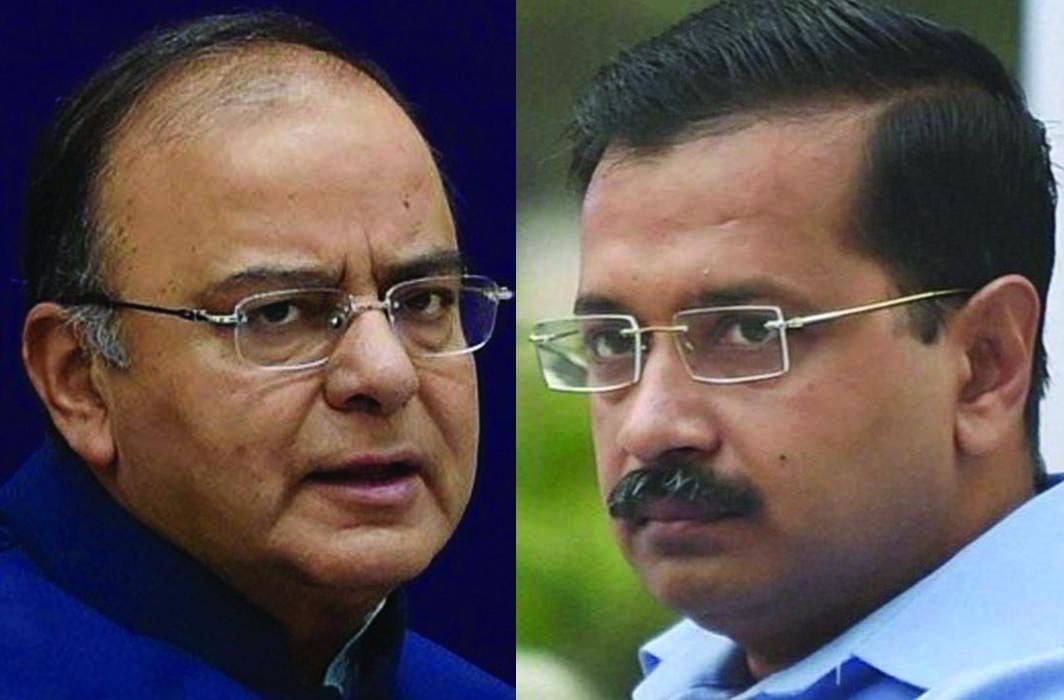 Expected as it was, Delhi chief minister Arvind Kejriwal and four of his Aam Aadmi Party leaders have tendered a “sincere apology” to Arun Jaitley, conceding that the allegations made by them over the union finance minister’s alleged corruption during his 13-year stint as head of the Delhi & District Cricket Association were “unfounded and unwarranted”. 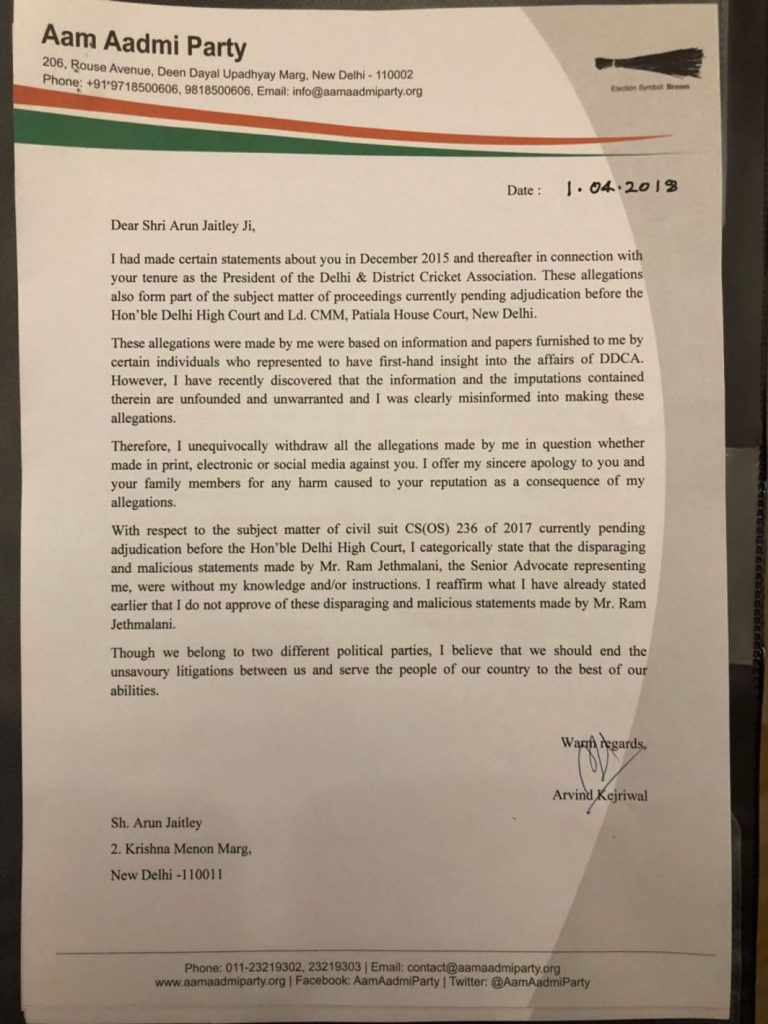 In similar letters of apology issued by Kejriwal and AAP leaders Sanjay Singh, Ashutosh, Deepak Bajpai and Raghav Chadha, the five leaders have said: “I had made certain statements about you and your family in December 2015 and thereafter in connection with your tenure as the President of the Delhi & District Cricket Association. These allegations also form the part of the subject matter of proceedings currently pending adjudication before the Hon’ble Delhi High Court and Ld. CMM, Patiala House Court, New Delhi.”

“These allegations made by me were based on information and papers furnished to me by certain individuals who represented to have first-hand insight into the affairs of DDCA. However, I have recently discovered that the information and the imputations contained therein are unfounded and unwarranted and I was clearly misinformed into making these allegations,” the letter adds.

It further states: “I unequivocally withdraw all the allegations made by me in question whether made in print, electronic or social media against you. I offer my sincere apology to you and your family members for any harm caused to your reputation as a consequence of my allegations.”

Jaitley had filed two defamation cases against Kejriwal and sought compensation of Rs. 20 crore. The finance minister had, in his defamation suit filed in 2015, named Kejriwal, Sanjay Singh, Ashutosh, Kumar Vishwas, Deepak Bajpai and Raghav Chadha. In July 2017, when Kejriwal’s then lawyer, senior advocate Ram Jethmalani, used certain objectionable slurs against Jaitley during his cross-examination in the case during court proceedings, the finance minister had moved a second defamation case (civil) against the Delhi chief minister.

Kejriwal had then claimed that he had not asked Jethmalani to use the “objectionable language” while cross-examining Jaitley. This had forced Jethmalani to hit out at Kejriwal claiming that the he would no longer represent the Delhi chief minister in the defamation cases and that in private legal consultations with him, the Delhi chief minister had used “worse abuses than a mere ‘crook’ (sic)” against Jaitley and urged the senior advocate a “hundred times” to “teach this crook a lesson.”

The AAP leaders conclude their apology letter saying: “Though we belong to two different political parties, I believe that we should end the unsavoury litigations between us and serve the people of our country to the best of our abilities.”

Sources say that Jaitley has accepted the apology tendered by the AAP leaders and is likely to withdraw the defamation suits he filed against them.

Interestingly though, rebel AAP leader Kumar Vishwas, who was also named by Jaitley in the first defamation suit filed in 2015, has not issued any apology to the finance minister. Sources close to Vishwas, who has publicly estranged himself from Kejriwal after being denied a Rajya Sabha nomination by AAP, claim that he is unlikely to apologise to the finance minister. It remains to be seen whether Jaitley will still pursue the case against Vishwas.

Kejriwal’s apology to Jaitley is the fourth such attempt by the embattled chief minister to extricate himself and his party colleagues from the nearly 20 defamation suits slapped against them by various political rivals collectively amounting to suits worth several Rs 100 crores. Last month, the Delhi chief minister had apologised to union transport minister Nitin Gadkari, former Punjab minister Bikram Singh Majithia and advocate Amit Sibal, son of senior Congress leader Kapil Sibal, for making defamatory remarks against them.

AAP sources say that Kejriwal’s apology spree is part of his “strategy” to preserve his party’s “declining financial resources”. The party had been slapped a Rs 2 crore bill by Jethmalani after he withdrew as Kejriwal’s counsel last year. Similarly, AAP sources say that the party had been spending a huge amount of its funds on fee it was compelled to pay senior lawyers for representing Kejriwal and other leaders in various defamation cases.

“If simply apologising to political rivals for remarks made in the heat of political exchanges can help in withdrawal of cases, why should Kejriwal not do so? The party has bigger social and political concerns to worry about at the moment and these need AAP to be in a robust financial state. Spending crores on legal fee of lawyers was draining the party’s limited resources at a time when we are facing various challenges and also an uncertainty over possible by-polls to 20 legislative seats in Delhi and the certainty of the Delhi Assembly polls in less than two years from now,” a close-aide of Kejriwal told India Legal.