According to the amended law, the "Government of Delhi" now means the "Lieutenant Governor of Delhi", who represents the Central government. 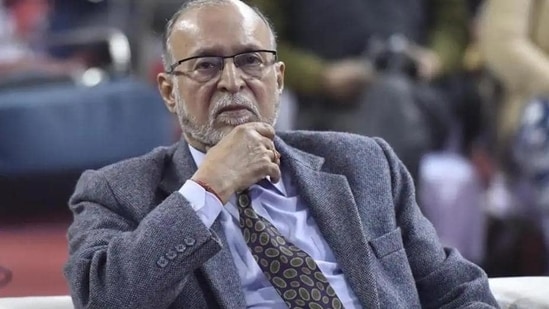 The Central government on Tuesday notified the Government of National Capital Territory of Delhi (GNCTD) Amendment Act, 2021 that gives more power to the Lieutenant Governor of Delhi over the city’s elected government. The Amendment came into effect from April 27, Tuesday, according to the Ministry of Home Affairs notification.

“In exercise of the powers conferred by sub-section (2) of section 1 of the Government of National Capital Territory of Delhi (Amendment) Act, 2021 (15 of 2021), the Central Government hereby appoints the 27th day of April, 2021, as the date on which the provisions of the said Act shall come into force,” the MHA notification said.

According to the amended law, the “Government of Delhi” now means the “Lieutenant Governor of Delhi”, Anil Baijal, who represents the Central government.

The Parliament had passed the Amendment bill on March 24. The Delhi Chief Minister Arvind Kejriwal called it a “sad day for Indian democracy”.

Arvind Kejriwal called the development an “insult” to the people of Delhi and said it “effectively takes away powers from those who were voted by people and gives powers to run Delhi to those who were defeated.”

The Act amends the GNCT of Delhi Act, 1991, a legislation that provides framework for functioning of the Delhi Legislative Assembly and re-defines Delhi Government as the Lieutenant Governor (LG).

The Act amends the GNCT of Delhi Act, 1991, a legislation that re-defines the Delhi Government as the Lieutenant Governor (LG). Now the government will have to seek the opinion of the Lieutenant Governor before taking any executive action. The AAP government is also not allowed to make any rule to enable itself or its Committees to consider the matters of day-to-day administration or conduct inquiries in relation to the administrative decisions.

Section 24 of GNCTD ACT 1991 states about the procedure of giving assent to Bills  and accords the discretionary power and the manner in which such power to be exercised by the Lieutenant Governor, whenever such bills passed by Legislative Assembly being presented to Lieutenant Governor. In such case, either he himself assents to Bill or withholds his assent therefrom or that he reserves such bill for President consideration.

Section 33 of GNCTD ACT 1991 permits the Legislative Assembly to frame such rules for regulating the procedure for conduct of its business.  Now, sub section 1 inserted stating that “ after the words “conduct of its business”, the words “which shall not be inconsistent with the Rules of Procedure and Conduct of Business in House of the People” shall be inserted;

Provided that the Lieutenant Governor shall, after consultation with the Speaker of the Legislative Assembly and with the approval of the President, make rules.

Section 44 of GNCTD ACT, 1991 empowers the President in making such rules— (a) for the allocation of business to the Ministers in so far as it is business with respect to which the Lieutenant Governor is required to act on the aid and advice of his Council of Ministers; and b) for the more convenient transaction of business with the Ministers, including the procedure to be adopted in the case of a difference of opinion between the Lieutenant Governor and the Council of Ministers or a Minister.