154,225FansLike
654,155FollowersFollow
0SubscribersSubscribe
Home Top News of the Day news Kerala chief secretary will be liable if any child is trafficked from the state: SC 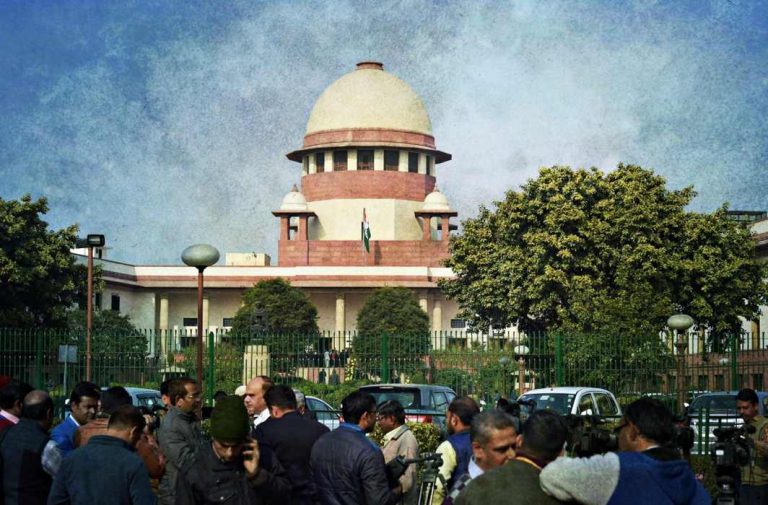 Supreme Court asks States to submit their reports on setting up of commissions for protection of children, make errant babus liable

In a stern directive for the top bureaucrat of the Pinarayi Vijayan-led Kerala government, the Supreme Court, on Monday (January 29), said that if any child is trafficked from the southern state, the chief secretary of Kerala will be held “personally liable” and penalised accordingly.

The observation by the Supreme Court bench of Justices Madan B Lokur and Deepak Gupta came while it was hearing submissions by the Centre and States on the issue of setting up of commissions for protection of children and child rights by different state government.

The Supreme Court had earlier directed the States to file an affidavit indicating the time frame within which they would establish these commissions and ensure that they are functional. Interestingly, while most states had complied with the top court’s directive and filed affidavits indicating that the State Commissions had been established, it had been brought to the Supreme Court’s notice that in many states, the body was either functioning without a chairperson or did not have the mandated strength of the members. Several states had, reportedly, also not framed the rules and regulations for the functioning of these commissions.

On Monday, peeved at the Kerala government’s failure in complying with the directions of the apex court, the Bench told the State’s counsel to file an affidavit expressly stating that if any child is trafficked in the state or faces abuse then the chief secretary will be “personally liable and punished”.

The Bench of Justices Lokur and Gupta were also informed that as many as 19 States had not submitted proper information with regard to the number of registered child care homes set up within their jurisdiction, details of the enforcement of the apex court’s earlier orders in the matter, information on funds utilized for setting up of child care homes and commissions for children and regarding the rehabilitation of trafficked/abused children.

The court then asked the Centre to ask the States to submit their reports at the earliest and added that in case of non-adherence of the orders, the respective secretaries of the concerned state-level department will be held liable for the lapse.