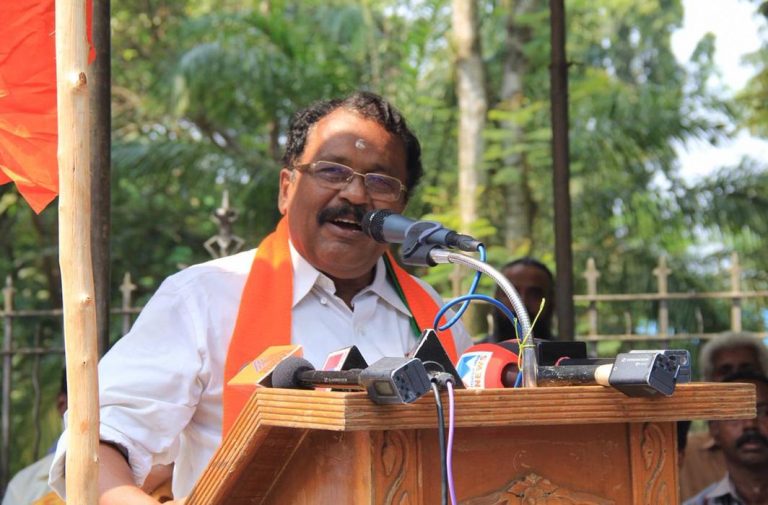 The Kerala Police have registered a case on Thursday against BJP State president PS Sreedharan Pillai for his controversial speech on Sabarimala. He was booked under IPC section 505 (1) (b) which deals with the intent to cause, or which is likely to cause, fear or alarm to the public, or to any section of the public whereby any person may be induced to commit an offence against the state or against the public tranquillity.

The complaint was first filed by Shybin Nedumangad, a social worker against Pillai’s provocative speech on Sabarimala made on Monday at the BJP Yuva Morcha meeting held in Kozhikode. In the speech Pillai said that the chief of the Thantri family had discussed shutting down of the temple with him if any women between the 10-50 age group entered the sanctum.

The Supreme Court had in a landmark verdict on September 29 overturned a centuries old tradition and allowed women of all aged to enter the temple. Hithero, women between the ages of 10 and 50 were not allowed. “Sabarimala is a golden opportunity. It is an issue. Settling the Sabarimala issue in a straight line is not possible. We put forward an agenda and everyone else surrendered to it, leaving only us and our enemies, the government and its parties,” he said.

Sreedharan Pillai also said that the BJP had planned the entire protest when the temple was opened in October. “Our BJP secretaries had gone to a (decided) place and carried out what they were supposed to do successfully. When Sreejith IPS went to Sabarimala with two women, it was a Yuva Morcha leader who assembled devotees and stopped them. The outside world doesn’t know all this,” Pillai said.

The BJP State President was also heard saying that the temple chief had called him to discuss options of shutting the sanctum sanctorum when women devotees were approaching Sabarimala temple. According to Sreedharan Pillai, Sabarimala Thantri Kandararu Rajeevaru had asked him if closing the temple would amount to contempt of court.