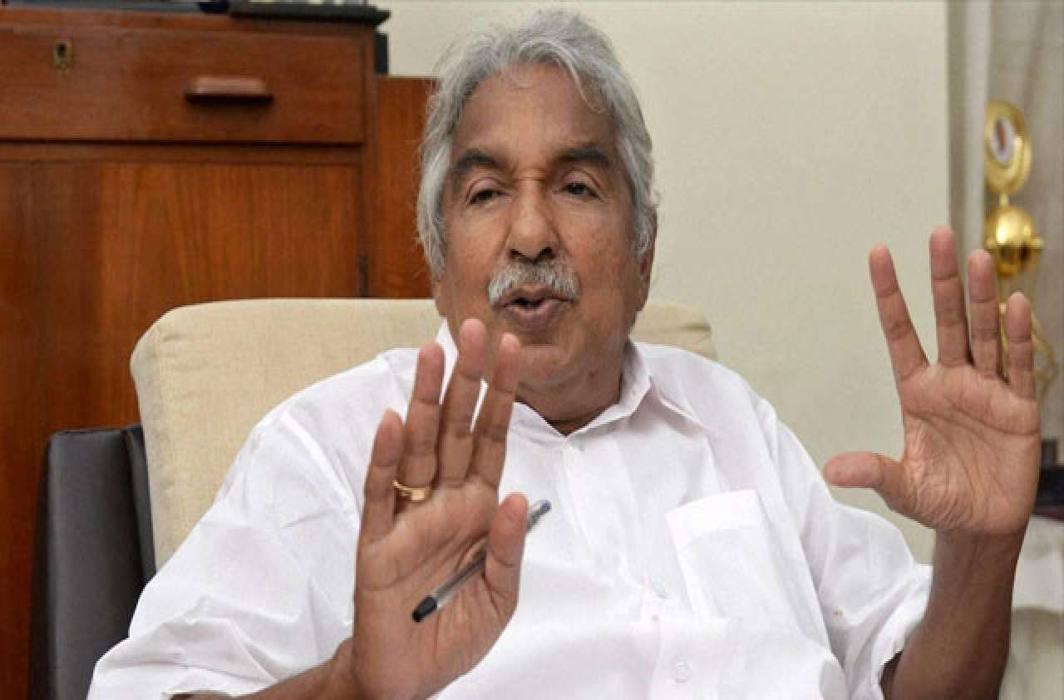 Former Kerala CM Oommen Chandy has testified against Pathanapuram MLA KB Ganesh Kumar in the Solar Scam case. The scam had nearly brought down the Chandy government in 2015

It seems the controversy related to the Solar Scam that raged the state from 2013 to 2016 while UDF Government was in power  has come a full circle.

Last week, the former chief minister Oommen Chandy appeared in person in a Judicial First-class Magistrate Court (JFMC) to testify against one of his former cabinet colleagues in a case seeking to initiate legal action for allegedly manipulating a letter written by Saritha S Nair, one of the kingpins of the Solar Scam financial fraud, who honey-trapped several senior politicians in the state.

Chandy, on August 3, testified before JFMC, Kottarakkara, that it was KB Ganesh Kumar – the MLA from Kollam district’s Pathanapuram constituency and a former cabinet minister who allegedly added four pages to Saritha S Nair’s letter written from jail to malign him and the UDF leaders with the malicious intent to destabilise the UDF Government led by him.

The former chief minister and Congress stalwart has claimed that when Saritha Nair’s letter was produced in the Justice Sivarajan Commission probing the Solar Scam on June 6, 2016, it had contained 25 pages instead of the 21 pages she had originally written.

“In the four pages added to the original letter, there were allegations that myself and other UDF leaders had sexually assaulted Saritha. Ganesh Kumar conspired with Saritha Nair to include the fake charges with the malicious intention of avenging me and destabilising my government” Oommen Chandy told the JFMC.

Speaking to India Legal Saritha’s former lawyer Fenny Balakrishnan also endorsed Chandy’s claim.  “Saritha’s letter prepared on July 24, 2013, from Pathanamthitta Distirct Jail when she was in judicial custody didn’t have any sexual allegation charge. This was handed over to Ganesh Kumar’s relative, Saranya Manoj. On March 13, 2015, at the behest of KB Ganesh Kumar, four more pages were added,” he alleged.

The former CM’s claim is that Ganesh Kumar’s efforts to return to his state cabinet – Chandy was Kerala chief minister between 2011 to 2016; his second term in the office – did not succeed due to several reasons. The consequent enmity prompted Ganesh to conspire with Saritha to produce the letter adding malicious content before the Judicial Commission probing the scam.

The arrest and the ouster of Joppan and Jikumon Jacob, the aides of the chief minister literally rattled the then ruling UDF coalition and brought disgrace to the government. Though a Special Investigation Team (SIT) was constituted, and a comprehensive probe ordered, everything turned out to be a cover-up operation with Chandy and Co. losing credibility.

Several criminal cases were registered against Saritha and her husband, Biju Radhakrishnan. In wake of the CPM-led Opposition’s historic secretariat siege, the Chandy government had also ordered a judicial probe. The abrupt ending of the stir involving nearly one lakh people had also raised serious doubts about the sincerity of the CPM move. Meanwhile, Biju Radhakrishnan got convicted for the murder of his first wife.

For Saritha, the tsunami that churned up her life also turned out to be a blessing in disguise with every tainted leader from the ruling front alluring her to spare their name from being included in her sleep-and-tell story. As the Judicial Commission’s report, submitted to the government last year, had adverse remarks against him, Chandy moved the Kerala High Court to rescind the  report citing that the it was based on a fake letter prepared and submitted by Saritha.

Though Oommen Chandy is pointing fingers at Ganesh Kumar, many believe that the Pathanapuram MLA’s father, former minister R Balakrishna Pillai – a veteran Kerala Congress (B) leader – is behind the conspiracy. Balakrishna Pillai told India Legal that it was, in fact, he who had seen the letter first. Asked how many pages the letter comprised of, he said he “could not remember”, while adding that Fenny Balakrishnan, Saritha’s lawyer at the time, gave him the letter before submitting the same to the  Justice Sivarajan Commission.

“I don’t’ know whether Ganesh had even seen the letter. In fact, it was I who saw the letter first. Saritha’sadvocate brought it to me,” Pillai said, while asserting that he did not remember how many pages the letter ran into.

“While I stand by my statement before the Commission, Oommen Chandy has retracted. My dignity does not permit me to retract from my words,” Pillai said.

Much before the Solar Scam came to light, Biju Radhakrishnan reportedly had a closed door meeting with the chief minister Chandy at a guest house in Ernakulam.  At this meeting, it is believed, Radhakrishnan had complained about an illicit relationship between Saritha and one of Chandy’s cabinet colleagues. Saritha and Bjiu were living together at that time.

While Biju later got convicted for the murder of his first wife, Saritha managed to come out of prison. She is said to have brokered peace with many of the complainants by paying their money back. Saritha had, allegedly, mobilized huge funds through blackmail tactics. Several UDF leaders reportedly faced her wrath as she revealed their names at regular intervals; claiming that they had sexually abused her when she approached them to seek support for setting up solar power plants.

However, Fenny Balakrishnan  claims that he was an eyewitness to many of Saritha’s conspiracies though he was not a party to it.

“I was an eyewitness to the process of manipulating the original letter. It was at the behest of Ganesh Kumar, MLA, that fresh allegations of sexual assault and other serious crimes were included in the letter to put the entire UDF leadership under pressure. Ganesh Kumar was particular about including sexual assault charges against Oommen Chandy. Though I had objected to it, their decision prevailed over mine” Fenny Said.

Asked why he relieved himself of the ‘Vakalath’ (advocacy) of Saritha, Fenny said she wanted him to be involved in all manipulations “to fix the enemies” and that he “did not want to be a party to the blackmail tactics”.