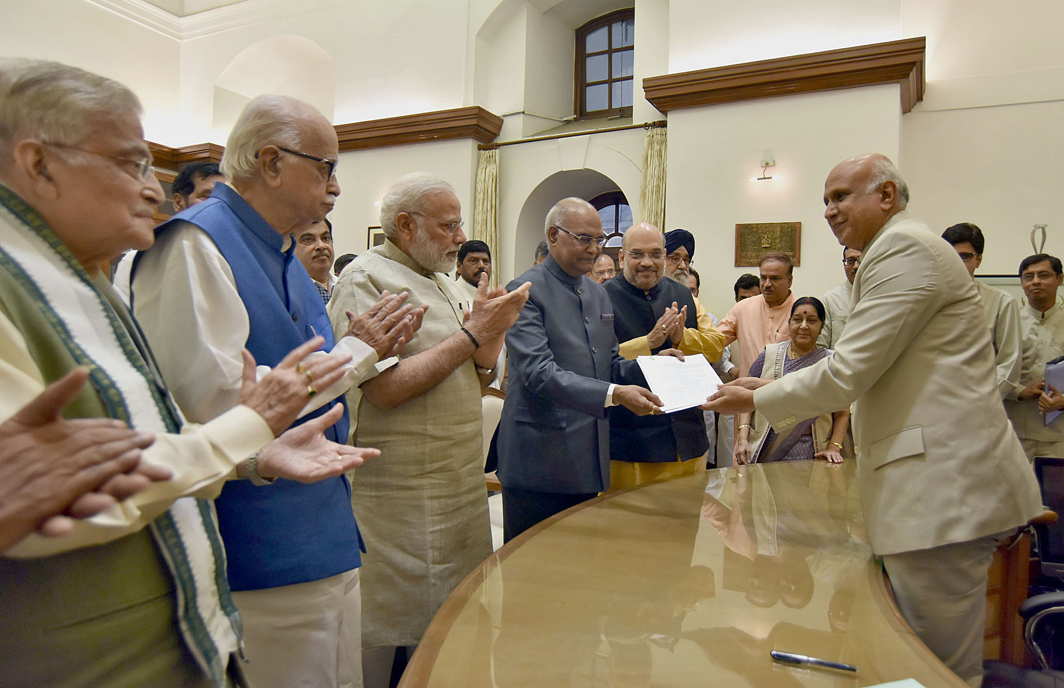 Absent from this group was Jammu and Kashmir Chief Minister Mehbooba Mufti.

Kovind tried to distance himself from party politics, even though he was visibly the BJP’s man of the hour. He said he did not belong to any party the day he became governor. “Ever since I became Governor, I don’t belong to any political party. The post of President is above party politics. I am thankful to everybody for their support,” he told the media. “I will do my best to maintain the dignity of the high office of the President.”