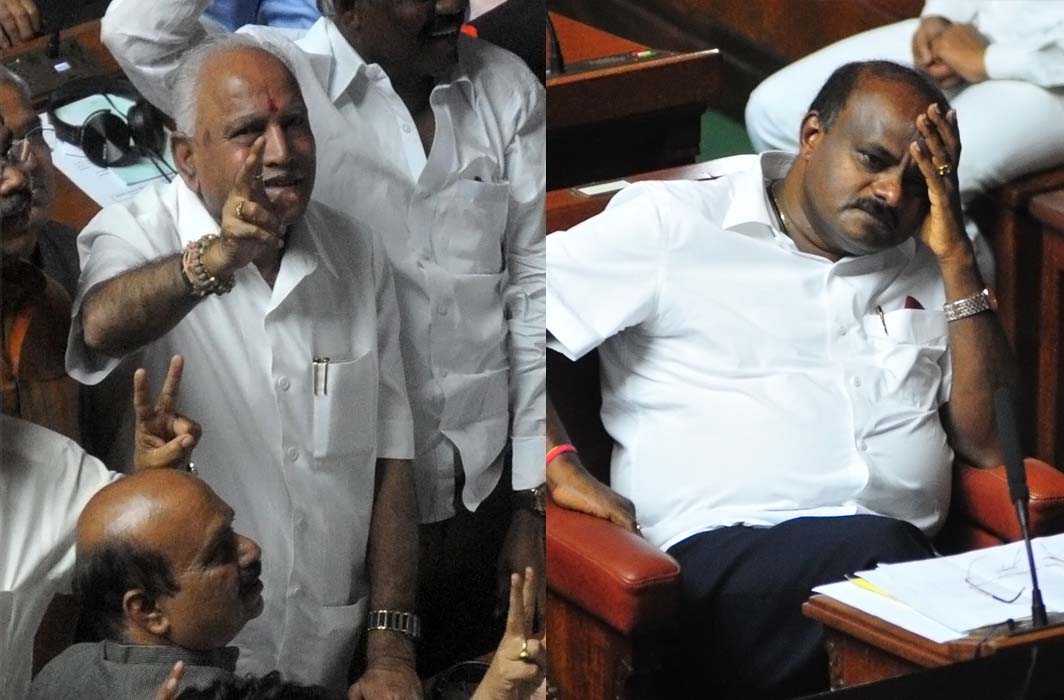 Weeks of politicial uncertainty in Karnataka was brought to an end today as the JD(S) Congress coalition led by Chief Minister HD Kumaraswamy lost the crucial trust vote in the state Assembly on Tuesday. Kumaraswamy himself had moved the motion for the vote  as several MLAs from the Congress-JD(S) coalition submitted their resignations to the Speaker, Ramesh Kumar. However, after four full days of debates and delaying tactics in the Assembly, Kumaraswamy lost the trust of the House by seven votes. While 98 MLAs voted in favour of Kumaraswamy, 105 MLAs voted against him.

Late eveing, Kumaraswamy sought an appointment with the governor to submit his resignation.

While the Congress and JD(S) had formed a sudden coalition in May 2018 and snatched away BJP leader BS Yeddyurappa’s dream of becoming CM again, a year later, things have come a full circle, as Yeddyurappa and the BJP have clearly aided much of the rebellion, though they continue to deny any involvement.

The politics in Karnataka, which has been unravelling since July 6, has seen all ministers in Kumaraswamy’s cabinet resign to make way for rebelling MLAs, but to no avail. Attempts by Congress’ troubleshooter and former minister DK Shivakumar to reach out to the MLAs, who were camped in a Mumbai hotel, also failed, with the leader even being detained by the police. The end of the road, however, came when more MLAs tendered their resignations and the Supreme Court allowing the rebelling legislators to sit out of the Assembly proceedings.