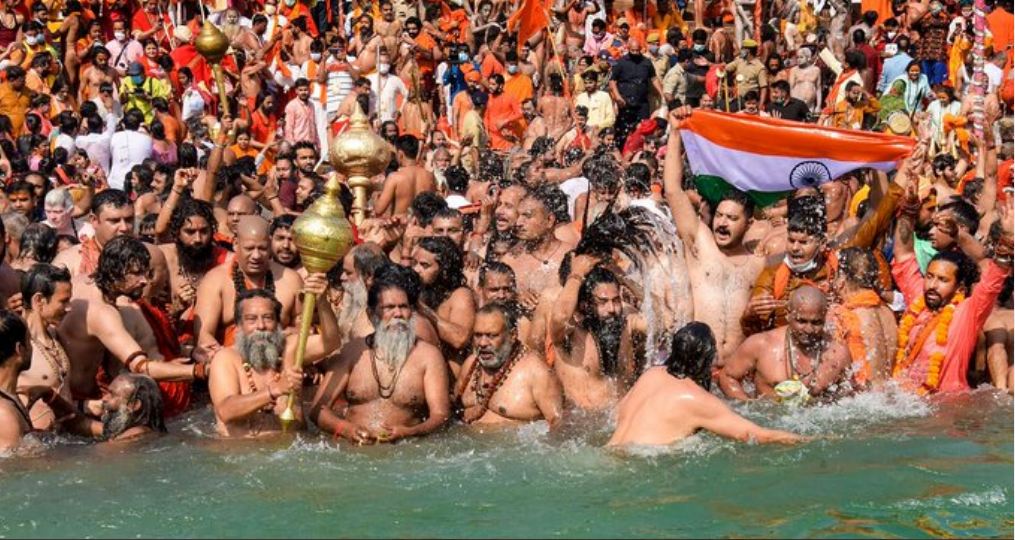 The Uttarakhand government has directed the Haridwar district administration to register a case against private laboratories that have allegedly conducted fake Covid tests during the Kumbh Mela, held between April 1 to 30.

The state government’s spokesperson Subodh Uniyal told the reporters that the Uttarakhand government has ordered the Haridwar district administration to register FIR in Covid testing scam during Kumbh Mela. he also said that the order has been issued to file a case against labs from Delhi and Haryana, which conducted testing at 5 places in Haridwar during Kumbh Mela.

The state administration’s action came days after reports cropped up about fake Covid-19 tests conducted during the festival. On Tuesday, the Union health ministry said that an inquiry was underway into the allegations.

The Joint Secretary, Union Health Ministry, Lav Agarwal had said at a media briefing that the exact number of fake tests were unknown but a detailed report on the matter was expected in a week. Reports suggested that the private laboratories conducted fake tests to meet the daily 50,000 testing quota set by the Uttarakhand High Court order.

Atleast 22 private labs mainly from Delhi and Haryana had been hired by the state government to conduct testing during the festival.

Last week, the Haridwar district administration ordered a probe after reports emerged that over one lakh fake tests were conducted during the religious gatherings. According to reports, the labs apparently did so to meet the daily testing quota of 50,000 tests set by Uttarakhand High Court.

On May 20, the Uttarakhand High Court criticised the state government for failing to ensure compliance with the coronavirus protocol while holding religious events or gatherings such as the Kumbh Mela and Char Dham Yatra.

Hundreds of thousands of pilgrims gathered in Haridwar for a ritual bath in the Ganges River between April 1 and April 30, despite a massive Covid surge during the second wave.

Read Also: Supreme Court refuses to stay demolition of 10,000 encroachments in the Aravallis in Faridabad

The violation of Covid-19 protocols at the gathering had attracted the media attention from across the world.

As of Thursday morning, Uttarakhand has 3,572 active Covid-19 cases, 3,27,233 recoveries and 6,997 fatalities, according to the Union health ministry data.