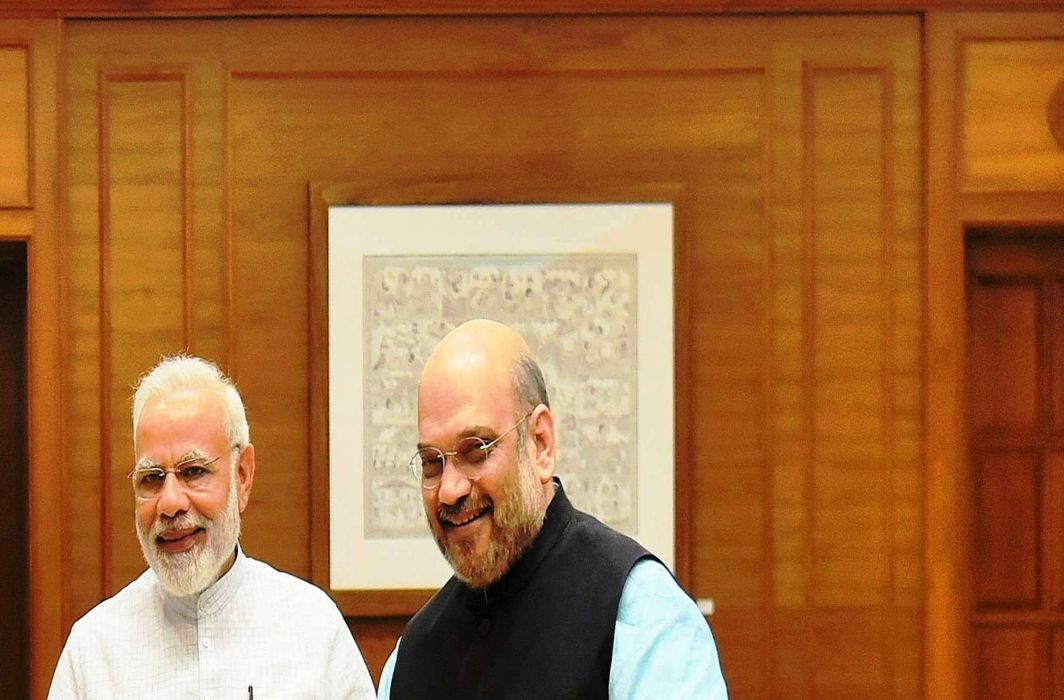 Keep amendments to the Constitution bare minimum, elections for Lok Sabha and 12 state assemblies can be held simultaneously to start with, says law panel report

A day before the end of his term as chairman of the Law Commission, Justice (retired) BS Chauhan finalized the panel’s draft report on the contentious issue of the feasibility of conducting simultaneous polls for the Lok Sabha and provincial assemblies – a priority agenda of Prime Minister Narendra Modi and his party, the BJP.

The Law Commission’s report practically endorses the view of the Prime Minister and his close aide, BJP national president Amit Shah, but also leaves the issue open for further debate, and possibly another round of consultation by the next Law Commission.

While Justice Chauhan told a leading newspaper that he was submitting the report endorsing simultaneous polls with a public appeal to “have further discussions and examination on the matter, involving all the stakeholders” before making final recommendations to the government, his report recommends, as a first option, that elections to 12 assemblies and one Union Territory can be synchronised with the 2019 Lok Sabha elections.

These 12 assemblies are of the states of Madhya Pradesh, Rajasthan, Chhattisgarh, Mizoram (elections are due in these states in December), Andhra Pradesh, Arunachal Pradesh, Odisha, Sikkim, Telangana (where polls anyway coincide with Lok Sabha elections), Haryana, Jharkhand, Maharashtra and the NCT of Delhi (due for polls in the months following the general election).

Earlier this month, Shah had, in his written submissions to the Law Commission, lobbied for synchronizing the assembly polls in these 12 States with the 2019 Lok Sabha election.

However, the law panel has also said that the intention of its report is to “intention to initiate a healthy and sustainable debate on the issue” of simultaneous polls, which it underscores are “not possible within the existing framework of the Constitution”.

Justice (retd) B S Chauhan, was quoted by The Indian Express saying: “Our term is getting over on Friday (August 31). There was no time to finalise it (the recommendations on simultaneous polls). This is a serious issue, and needs wider consultation with the public and Constitutional experts. But we did not want our work and research on it wasted. We are leaving it for a future Law Commission to ponder upon.”

Though endorsing “holding of simultaneous polls”, the law panel has also underlined that for doing so “certain inevitable Constitutional amendments” are needed. Its report states: “The Commission has ensured that the amendments to the Constitution and other statutes are kept to the barest minimum,” but also raises a critical question – whether conducting simultaneous elections would “tinker with democracy, basic structure of the Constitution or the federal polity of the country”

“Most of the participants in the consultations raised the issue that holding simultaneous elections will adversely affect the above three concepts. However, none could explain as to how and in what manner these principles would be violated…,” the panel said.

The report has raised a slew of important questions that need to be resolved before a final decision on simultaneous polls is implemented. These include questions on the appointment of the Prime Minister or Chief Minister in the event of a hung Parliament or assembly and whether in such an event the appointment can be done in a manner consistent with that of the election of a Speaker. The report goes on to question whether, in the event of such a process being adopted, a violation of the anti-defection law is possible? The panel then states that if this appointment process were to be adopted, the anti-defection law will need to be amended.

The report echoes the Prime Minister’s views on conducting simultaneous assembly and Lok Sabha polls, stating that the exercise will save public money; help reduce the burden on the administrative set-up and security forces; ensure better implementation of government policies; and, the administrative machinery will be continuously engaged in developmental activities rather than in electioneering.

It recommends amendments to Article 172 of the Constitution (term of state assemblies).

While advising synchronizing assembly polls for 12 states with the Lok Sabha election as a pilot for the exercise, the panel also states that in the remaining 16 States and one union territory, holding simultaneous elections is “impracticable”.

It says elections to these states could be synchronized for 2021, “which will be approximately midway of the term of the House of the People, assuming that the term of the 17th Lok Sabha begins in mid of 2019. In such a scenario, the maximum period by which any State Assembly is to be extended will be by thirteen months (in the case of Bihar) and the maximum period of curtailment is seventeen months (in the case of Karnataka).”