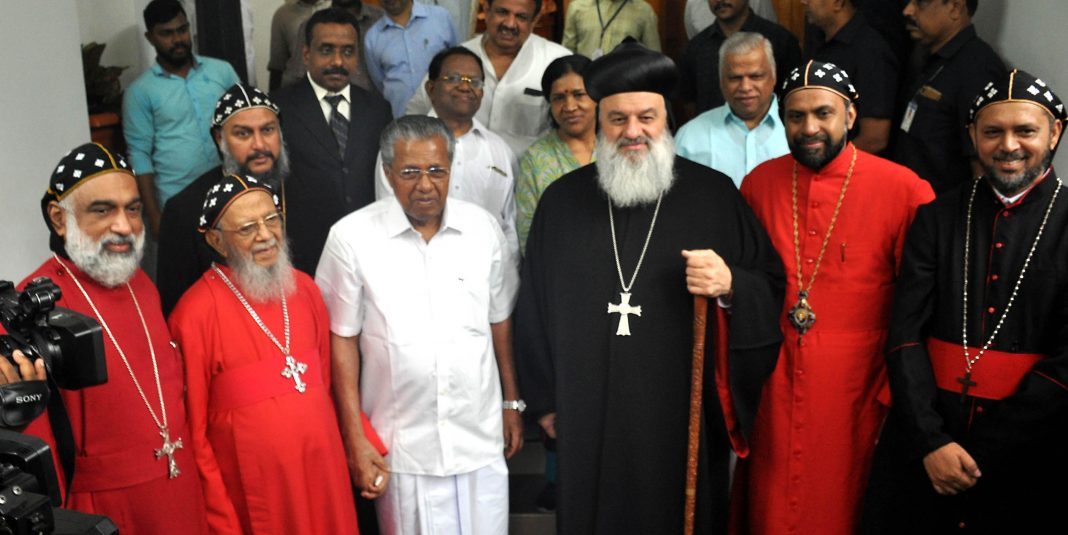 Kerala’s Marxist led government once again put on display its double standards, offering to mediate in the ongoing row between two warring factions within a church which was settled by the Supreme Court but which once side refuses to accept, while at the same time showing its determination to implement the apex court order allowing women entry into the Sabarimala temple.

Replying to queries from media, Kerala Chief Minister Pinarayi Vijayan said in Thiruvananthapuram on Monday that the state government will do its best to end the ongoing row between the warring Orthodox and Jacobite church factions under the Malankara Church.

“We will make necessary interventions to see how best the issues can be sorted out. Whether both the factions will be invited together or if it would be one by one is something that we will decide,” he said.

Last month, the Kerala High Court  had came down heavily on the government, saying that it is selective in implementing court orders even when they are issued by the apex court. While considering a batch of petitions seeking police assistance in implementing the Supreme Court’s judgment in the church case and an obvious comparison with the government’s approach towards Sabarimala, the HC had said “the government appears to be implementing directions of courts selectively, to suit its interests”. The Court’s observations are strong enough to shame anyone, but obviously not the hypocrites in the CPI(M) which has sought time to implement the order on a church visited by a couple of thousand faithful but chooses to adventurism on a matter of a temple that’s visited by about 30 million people a year.