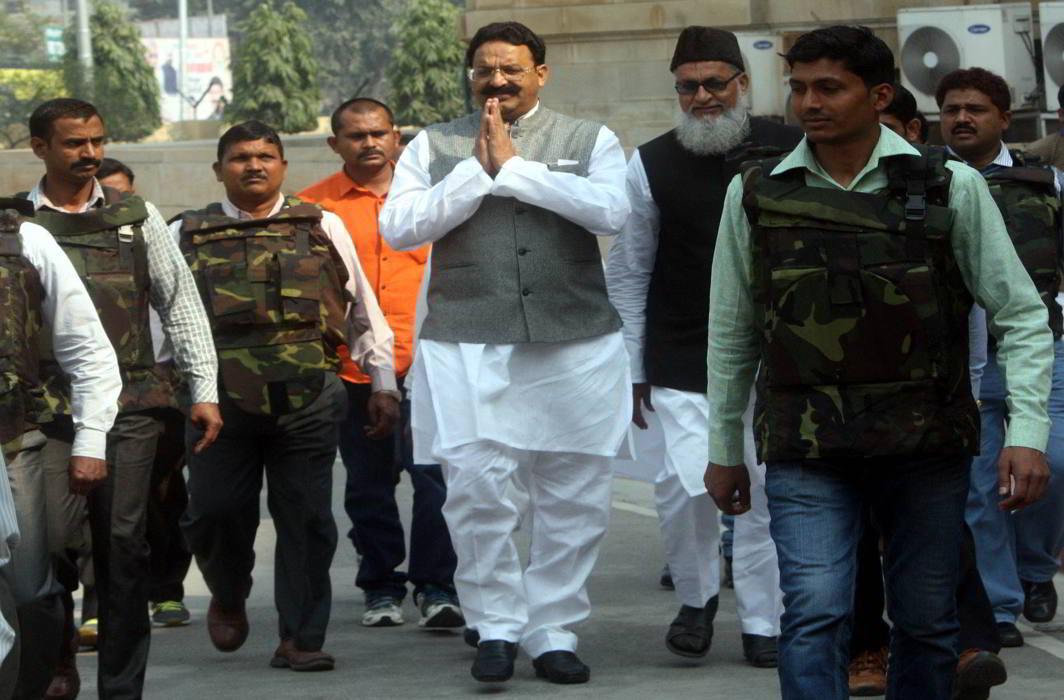 Police failed to prove how the mafia don-turned politician executed the double murder from his prison cell; Ansari remains in jail with other cases pending

Bahujan Samaj Party (BSP) MLA Mukhtar Ansari, the mafia don-turned politician who has been elected five times from the Mau Sadar seat of Uttar Pradesh and was lodged in the Banda district jail for a double murder in the City Kotwali police station area of Mau on August 29, 2009, was on Wednesday (September 27) acquitted by a local court. Acquitted along with him were seven others, though the court convicted three others to life.

Mukhtar Ansari’s counsel Daroga Singh has been quoted in the media as saying: “Additional district judge Adil Aftab Ahmad acquitted Mukhtar Ansari and seven others in the double murder case for lack of evidence. The court, however, sentenced three others Raju Kannojia, Amresh Kannojia and Arvind Yadav to life imprisonment.”

Lack of evidence is the most common reason for acquittals of political leaders who are also mafia dons. While the charge was that Ansari was an accomplice to the crime, virtually masterminding it, it was also true that at that time he was lodged in jail. The police failed to prove his complicity in the crime and the court had to let Ansari go.

On that day in 2009 armed men attacked contractor Manna Singh who was travelling with an associate in his SUV. In the shooting, Manna Singh died on the spot, while his associate Rajesh Rai succumbed later to bullet injuries.

The charge, as filed by Manna Singh’s cousin Harinder Singh, said that Ansari had him killed, because Manna Singh refused to give him his commission.

Ansari, however, will remain in jail despite the acquittal, because he has other cases pending against him.

Ansari had also been the prime accused in the 2005 murder of BJP politician Krishnanand Rai. That has also not been proved, though at that time the SIT had pre-warned Rai of an impending attack.

Politically, Ansari has been an opportunist. He won his first assembly election as a candidate of Mayawati’s Bahujan Samaj Party (BSP), while the next two as an independent. In 2007, he joined BSP but lost the 2009 Lok Sabha election. The BSP expelled him in 2010 for criminal activities, but Ansari formed his own Quami Ekta Dal and won from the Mau seat in 2012. He tried to merge his party with the Samajwadi Party before the 2017 polls at Shivpal Yadav’s behest, but with the then chief minister Akhilesh Yadav protesting that was not possible.

Meanwhile Mayawati, who had expelled Ansari earlier for criminal activities, suddenly saw another alliance come her way and immediately exonerated Ansari and admitted his party into hers. While the BSP got a hammering at the polls, Ansari won his seat as a BSP candidate.