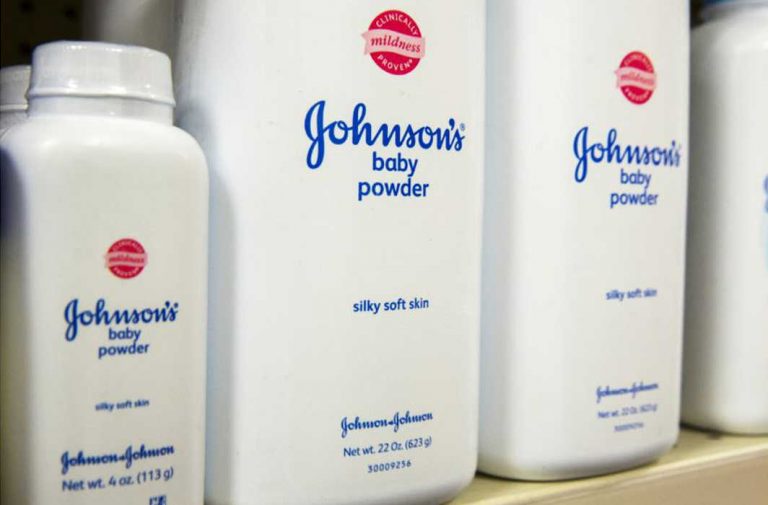 A set of products that mothers all across India and around the world have been using with complete faith and a brand that evinces trust at all levels, especially with reference to kids, seem to have trodden the evil path. Johnson & Johnson’s baby talcum powder can potentially lead to cancer, a study had revealed. Based on this finding, a Los Angeles jury has fined the company $417 million. The instance for this fine was that the company had failed to inform a 63-year-old about the potential risk of using its talcum products.

The woman, Eva Echeverria, who has claimed to have been using the company’s products since she was 11 and had used them till 2016, has been diagnosed with terminal stage of ovarian cancer, says a news report.

The damages awarded to Echeverria are $70 million in compensatory damages and $347 million in punitive damages.

The study on which this lawsuit and order was based, was published way back in 1982. It said women who used the talcum powder on their genitals had a 92 per cent increased risk of developing ovarian cancer against those who didn’t.

The news report has revealed that this wasn’t the first lawsuit faced by the company. In fact, the company has been facing thousands of such suits, that too for a long time. This is the biggest verdict against the company so far.

The report has pointed out that in California alone the company faces over 300 lawsuits. In all of the US, 4,500 more are pending. These are not all related to the company’s talcum powder, but in several categories and through several products. These include baby powder and shower to shower products.

Considering that the study was released as far back as 1982, it was contended in the suit that the company deliberately suppressed information that should have been available to the users legally.

Johnson & Johnson is a multinational conglomerate and leads in the baby products’ category around the world. Last financial, its profit alone was a whopping $16.5 billion. However, since trust is the primary component in this company’s business, this lawsuit and fine could turn into disaster for the firm.

The company said it will appeal against the order.