Munawwar Faruqui was arrested for hurting Hindu sentiments after a complaint by Eklavya Gaur, son of BJP MLA Malini Gaur. 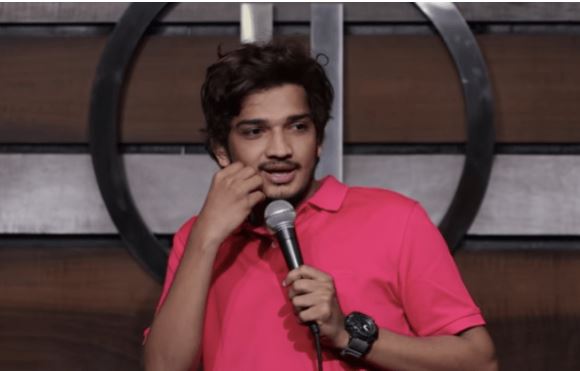 The hearing on the bail plea of ​​comedian Munawar Faruqui in the case of alleged objectionable remarks on Hindu deities was adjourned by the Madhya Pradesh High Court on January 15 after the police failed to produce the case diary.

Indore police said that along with Farooqui, six other youths have been lodged in the Central Jail under judicial custody  after their arrest on the complaint of the son of a local MLA of the ruling BJP in the state. The police have so far not found any evidence on the charges leveled against him.

The arguments were to be presented before Justice Rohit Arya of the High Court‘s Indore bench on the bail plea of ​​the young comedian.  But in the absence of a case diary, the hearing was extended.

Among the six others jailed along with Munawwar Farooqui are brother of a show organizer who was among the audience.  The other person is Farooqui’s friend and another person who is the younger brother of the family.

Farooqui was arrested on  January 2 in Indore for hurting religious sentiments.  Four more people named Nalin Yadav, Prakhar Vyas, Priyam Vyas and Edwin Anthony were arrested along with him.  The police took this step after a complaint by Eklavya Gaur, son of BJP MLA Malini Gaur.  A day later, the police also arrested Sadakat Khan, a friend who came to meet Farooqui in court.

They were charged under Section 295A (deliberately intending to outrage religious feelings), Section 298 (deliberately intending to wound religious feelings, Section 269 (negligent act likely to cause or spread disease) and Section 188 disobedience to order duly promulgated by public servant) read with Section 34 (acts done by several persons in furtherance of common intention) of the Indian Penal Code.

Farooqui’s lawyer Anshuman Srivastava said that senior advocate and Rajya Sabha member Vivek Tankha was about to plead in the High Court  through a video conferencing on behalf of the comedian being released on bail.  Questioning the functioning of the police, Shrivastava said,

“Tukoganj police station is a few steps away from the High Court premises.  It is very unfortunate that the case diary was not immediately provided by the police at the time of hearing Farooqui’s bail plea. “

In the last 15 days, the bail applications of Farooqui, have been dismissed by Chief Judicial Magistrate and a Sessions Judge after hearing the arguments of both the parties. The petition will now be heard on 25 January.

Did you find apk for android? You can find new Free Android Games and apps.
Share
Facebook
Twitter
Pinterest
WhatsApp
Previous articleHousewife’s income: All in a day’s work
Next articleThe Trump Era ends, as a Tragedy