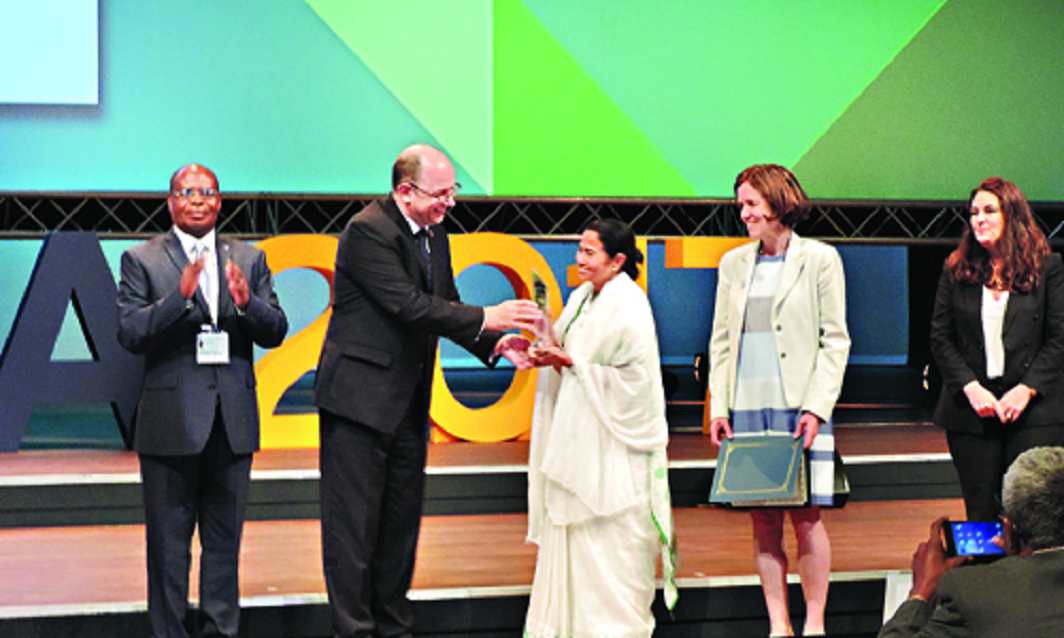 Mamata Banerjee’s development programme for schoolgirls has already earned wide acclaim. On June 23, the West Bengal chief minister earned a top UN award for her ‘Kanyashree’ project at The Hague. The award was for public service.

The award is the highest UN award for public service. ‘Kanyashree’, a project designed to empower the girl child through education is in its sixth successful year and has helped over 40 lakh girl students across the state.

In a matter of standing, the project was top amid 552 such nominated social sector schemes from across 62 countries.

The award was presented at the World Public Service Forum by UN Assistant Secretary General at a ceremony in Hague in Netherlands.

Mamata dedicated it to the people of her state and the country. “We are delighted on behalf of our countrymen and the people of Bengal to receive the first prize on UN Public Service Day. Receiving the first prize from the UN for Kanyashree is a huge honour and recognition,” Banerjee said.

Aiming at stopping the dropout rates among girls students, the ‘Kanyashree Prakalpa’ used conditional cash transfer to not only keeping the girl in schools but also in skill development. It also has brought down child marriage.