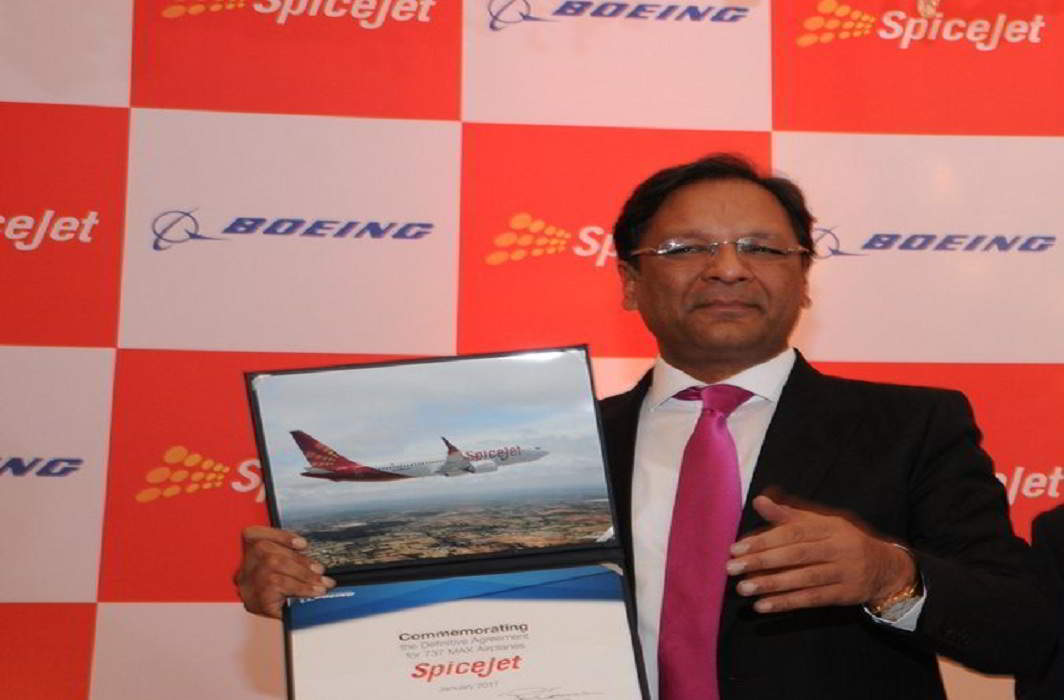 The news channel has denied all sale rumours, but the stock is climbing

Is SpiceJet co-founder and owner Ajay Singh set to take over NDTV? The Indian Express has cited unnamed sources to report that Singh has picked up controlling stake of around 40 percent in the news channel, according to a deal finalised with promoters Prannoy and Radhika Roy. The report says that, following Singh’s 40 percent takeover (when it happens), the Roys would be left holding just 20 percent. However, NDTV has categorically denied the report, a senior official telling The Hindu “not even a single sentence of these reports is true”.

Importantly, the news channel has also told the Bombay Stock Exchange (where the company is listed) that “the promoters of the company have not entered into any agreement for sale of their stake in the company to any person”. A quick browsing of the Securities and Exchange Board of India website shows there has been no notification regarding this change.

Meanwhile, NDTV share prices have gone up by an average Rs 2.5 (nearly 5 percent) on this news, and has hit a plateau there. If the offer has not been announced, what manner of speculation pushed up the prices of a company that is rarely, if ever, within the speculative field of vision of market investors?

This is a company that cannot yield windfall gains on speculation, with volumes always being low.

If the information is correct, however, then the question that arises is this—is Singh financing this takeover (NDTV’s total market cap, as of Friday is at around Rs 342 crore) from his own resources? If so, why? And if not, who is? The profitability of the company has remained weak (with losses being incurred), which makes for little business sense for a person involved in running an airline. Singh currently owns 59.13 percent stake in SpiceJet and is also the chairman-cum-managing director of the airline since 2015 when he bought back media baron Kalanithi Maran’s majority 38.7 percent shares which the latter had acquired in 2010. SpiceJet was riddled with losses at that time, but with Singh at its helm it has now made a turnaround, though it is still a work in progress.

Okay, Singh is generally diversified. In 2016 he was appointed president of the Boxing Federation of India and once served on the board of the Delhi Transport Corporation which runs public buses. Significantly, he has been part of the BJP’s core campaigning team in the 2014 general elections and is credited with coining the slogan, “Ab ki baar, Modi sarkar”. That apart, he has served as OSD for the information and broadcasting, and telecom and IT ministries in the Vajpayee government. That gives him some media experience. During his stint as OSD with the I&B ministry, he helped re-launch DD Sports and was also part of the team that helped revamp DD News. His qualifications are also sufficient— Singh is a graduate of IIT Delhi, an MBA from Cornell University and has a Bachelor’s degree in Law from Law Faculty, University of Delhi.

Hence, he could fancy himself as a media baron as well.

According to data available with the Bombay Stock Exchange, while the Roys and promoter firm RRPR Holding Pvt Ltd hold 61.45 percent stake, public shareholding stands at 38.55 percent. As per The Indian Express report Singh is supposed to have editorial rights and will also pick up NDTV’s debt of over Rs 400 crore. The total deal is valued at Rs 600 crore (a huge markup from the company’s total market cap) of which up to Rs 100 crore will also go to the Roys, who are currently facing a CBI probe for allegedly concealing unaccounted income. The channel was also in trouble last November when the I&B ministry ordered a 24-hour blackout of NDTV India, its Hindi station, on the recommendation of an inter-ministerial committee which said it revealed “strategically sensitive information” during its coverage of the Pathankot air base terrorist attack.

NDTV has been netting losses for a while now, which widened post demonetisation.

So why this interest in a loss-making company on the part of Singh? It all leads back to the same question. Are we getting the full story?