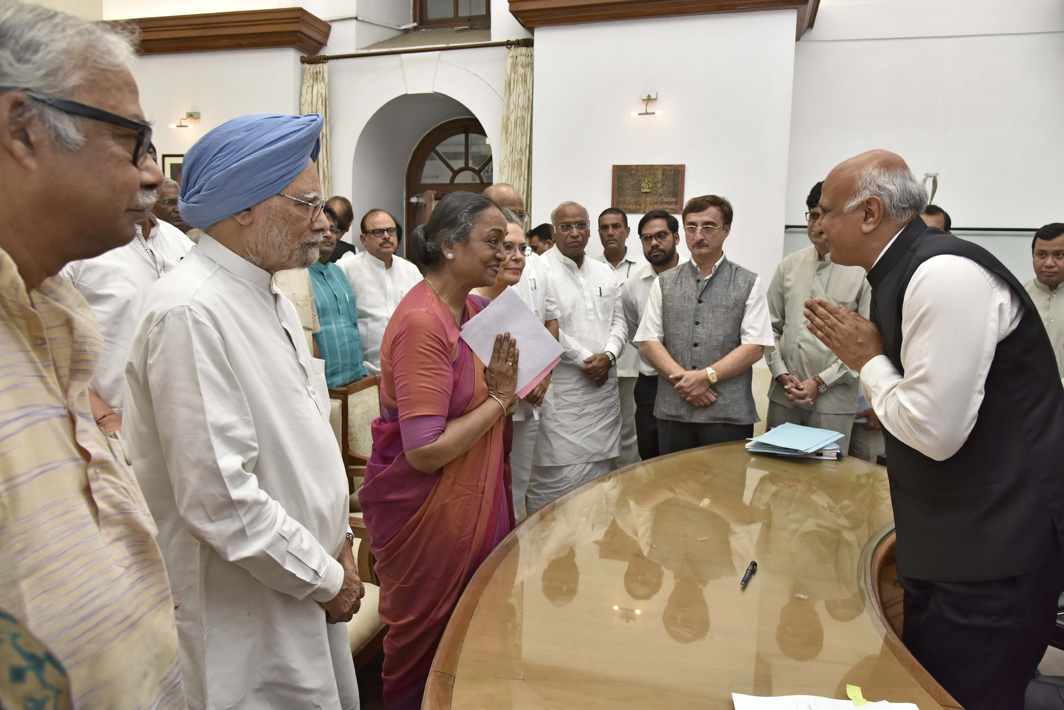 Meira Kumar, the Opposition candidate for the July 27 Presidential election, filed her nomination papers on June 28.

Kumar has criticized the BJP’s claim that it was a Dalit versus Dalit fight and has castigated the idea of a caste fight for a post where merit is of prime importance, not race or caste.

Kumar filed her nomination on the strength of backing from the Congress, the Rashtriya Janata Dal, Trinamool Congress, Samajwadi Party and BSP, among others.

Kumar is a much lauded former Lok Sabha Speaker and has been MP five times. She has also been in the administration, as an IFS officer.

While filing her nomination, she was accompanied by Congress President Sonia Gandhi and senior party leaders, chief ministers such as Amarinder Singh, Virbhadra Singh and Siddaramaiah.

The NDA candidate is an unknown, Ram Nath Kovind, governor of Bihar.

Kumar has said: “Prior to this, when elections for this post took place many a time there were candidates from the so-called upper castes. But there was no discussion on their castes. Their qualities, abilities and qualifications were discussed. I don’t remember their being any debate about their castes.”