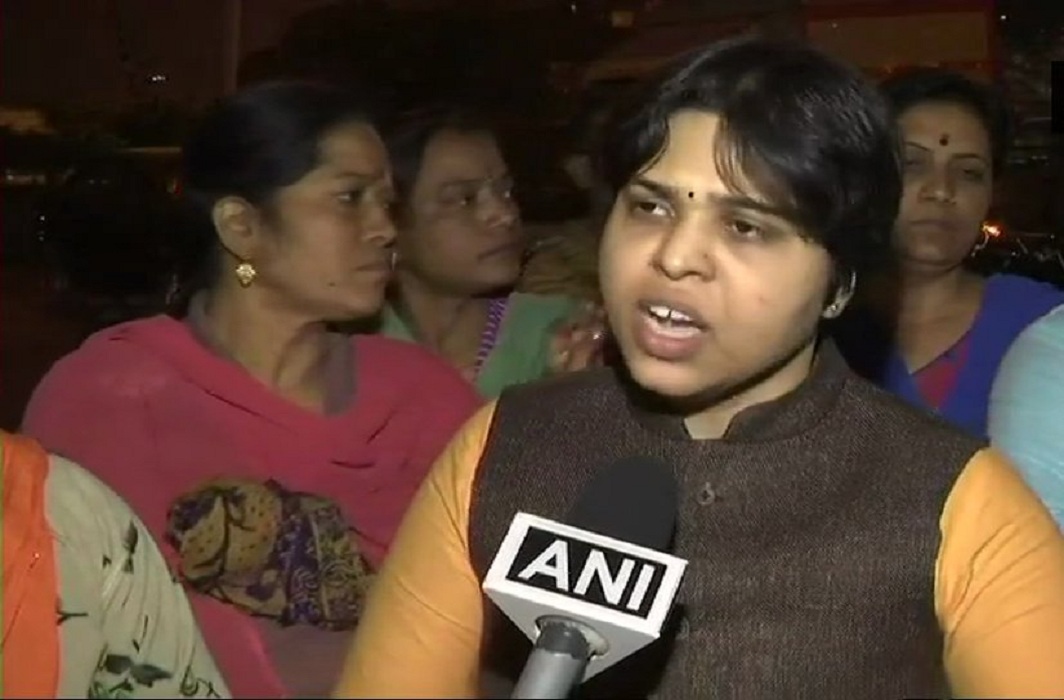 Activist Trupti Desai who had arrived at Nedumbassery airport on Friday morning and vowed not return until she had darshan at Sabarimala finally returned to Pune, her wish unfulfilled.

As protestors ringed the Cochin Airport, she could not get out of it. By late last night, she returned but not before making it clear that she would be coming again. She was stranded at the airport terminal for about 13 hours.  Though police said they would give her security, she was unable to go because no taxi drivers or not even the police were willing to transport her to some hotel for accommodation, fearing attacks.

Meanwhile, there are hints that Trupti would be approaching the high court for police escort to Sabarimala, during her next visit. She is learnt to have sought legal opinion on this. In between, three women lawyers also came forward, offering help for Desai.  She said she was not returning out of fear but due to request of Kerala police not to create any law and order problem. “From the time I landed in the airport, protesters have been hurling abuse at me. Some people tried to attack me. Are these the devotees of Ayyappa. It is believers who got scared of me,” Trupti said.

Trupti said that hoteliers were not ready to accommodate her in their hotels. Taxi drivers were also not ready to move me out of the airport, fearing attack.

“Goondaism will not work. I have the backing of the Supreme Court order. I will come back again, but without any announcement,” she said.