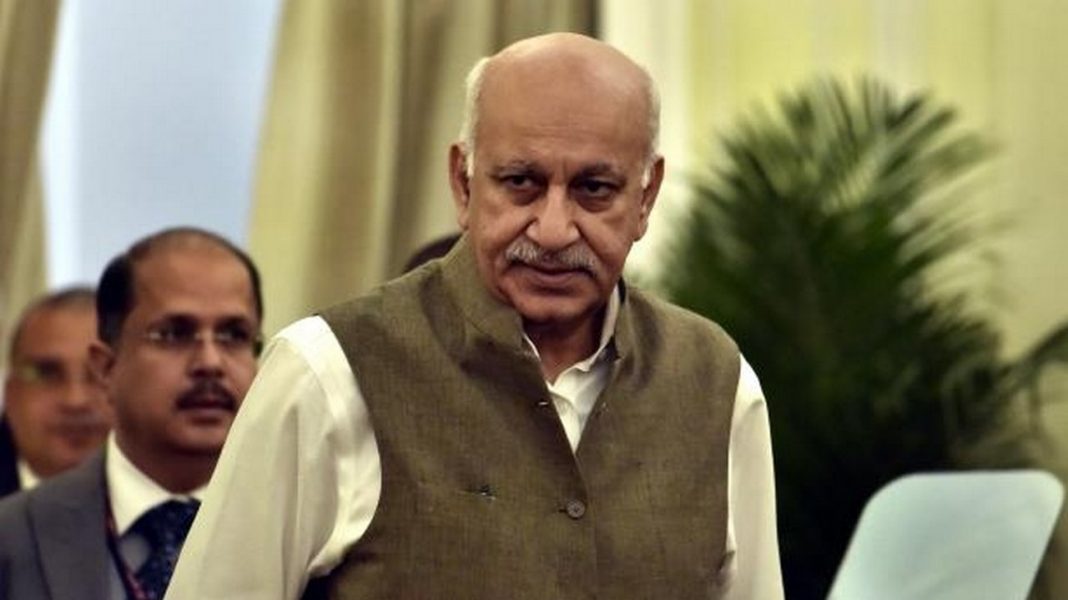 Former Union minister MJ Akbar has said that allegations by US-based journalist of Indian origin, Pallavi Gogoi, that he raped her 23 years ago when she worked at the Asian Age newspaper in Delhi are “false and fabricated”.

The editor-turned-politician has, instead, claimed that he and Gogoi were “entered into a consensual relationship that spanned several months” and that this relationship ended “perhaps not on the best note”.

Akbar’s wife, Mallika, too has jumped to his defense asserting that “more than 20 years ago, Pallavi Gogoi caused unhappiness and discord in our home”. Mallika, corroborating her husband’s claim of a consensual relationship between him and Gogoi, said in a statement: “The Washington Post article by Pallavi Gogoi alleging that she was raped by him (Akbar) forces me to step in with what I know to be true.”

Mallika says further: “I learnt of her (Gogoi’s) and my husband’s involvement through her late night phone calls and her public display of affection in my presence. In her flaunting the relationship, she caused anguish and hurt to my entire family. At an Asian Age party at our home, crowded with young journalists, I have watched with mortification and pain as they danced close. I had confronted my husband at the time and he decided to prioritize his family.”

To Gogoi’s claim, made in her first-person account published by The Washington Post, that she discussed Akbar’s alleged acts of sexual assault with her friend and then colleague at Asian Age, Tushita Patel (it may be noted that Patel has also accused Akbar of sexually harassing her when she worked at the same newspaper), Mallika says: “Tushita Patel and Pallavi Gogoi were often at our home, happily drinking and dining with us. Neither carried the haunted look of victims of sexual assault.” Mallika’s statement adds: “I don’t know Pallavi’s reasons for telling this lie but a lie it is.”

Meanwhile, Akbar, who is already pursuing a criminal defamation case against journalist Priya Ramani, who has also accused him of sexual harassment, has said: “In the past few weeks, I have been subjected to a barrage of false and fabricated accusations.”

Rebutting the allegations leveled by Gogoi, the BJP MP who presently faces accusations of sexual harassment, molestation and rape from at least 30 women journalists, said: “Somewhere around 1994, Ms Pallavi Gogoi and I entered into a consensual relationship that spanned several months. This relationship gave rise to talk and would later cause significant strife in my home life as well… Several people who worked with me and knew both of us have come forward to indicate that they would be happy to bear testimony to what is stated above and, at no stage did the behavior of Ms Pallavi Gogoi, give any of them the impression that she was working under, or in any way, under duress (sic).”