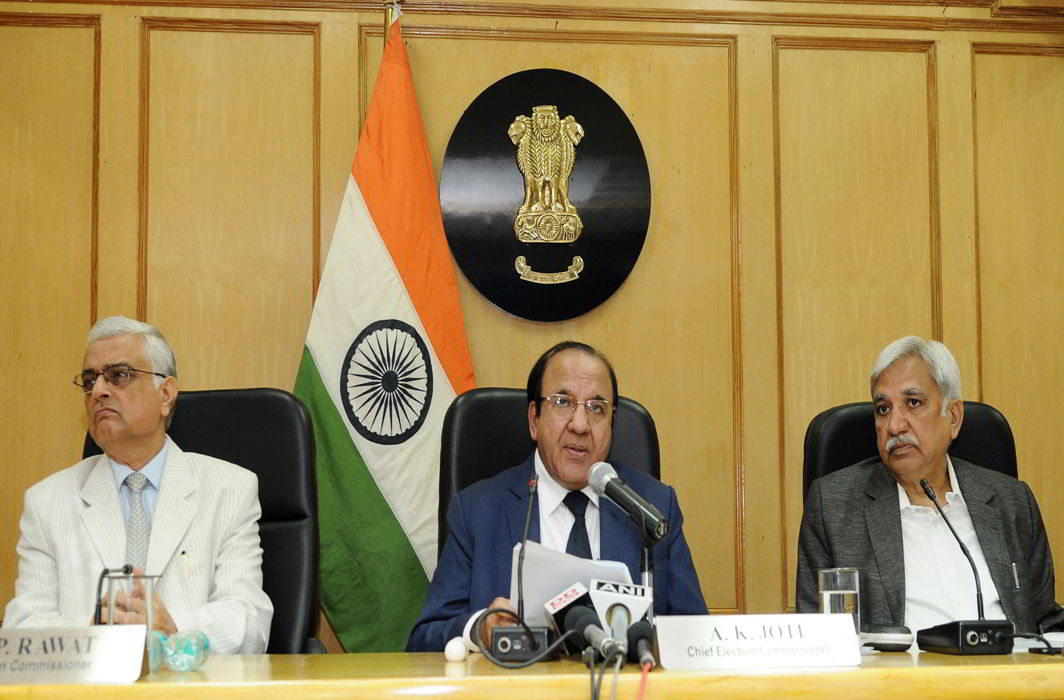 Amid allegations of delaying announcement of poll schedule at the behest of the BJP, Chief Election Commissioner AK Joti declared a two-phase election for Gujarat, on December 9 and 14

The Gujarat election dates are out. This was expected, what with Prime Minister Narendra Modi having already completed announcing his mega sops for his home state where trouble is brewing in the wake of the disastrous demonetization and the as disastrous and untidy introduction of GST. The Election Commission of India (ECI) waited patiently till he had done so.

Chief Election Commissioner AK Joti on Wednesday (October 25) announced that Gujarat will be going to the polls on two days: December 9, when 89 seats will see polling and December 14, when the remaining 93 constituencies will witness voting. Hence the BJP-ruled state will go to polls in two phases.

With the announcement of the polls the model code of conduct comes into effect, but Modi has already done what he wanted to do.

Joti has been under attack from Opposition parties since October 12 when he announced the poll schedule for the Congress-ruled Himachal Pradesh but did not declare the election dates for Gujarat. The Congress has maintained that Joti’s decision to delay announcing the Gujarat election was the result of pressure from the BJP leadership and Prime Minister Narendra Modi, in a bid to help the saffron party announce sops for voters in the western state that has been under BJP-rule for nearly 22 years.

Another good news is the announcement by Joti that all electronic voting machines in Gujarat, like in Himachal Pradesh, will be equipped with voter verified paper audit trail (VVPAT) to help voters cross-check whether the vote cast by them has been registered against their favoured candidate or not.

In a first, the ECI will also set up one polling station in each of the 182 assembly constituencies of Gujarat to be managed entirely by women staff, including polling officials and security personnel.

Both Gujarat and Himachal are expected to see a direct clash between the Congress and the BJP. While a India Today-Axis Opinion poll, declared on Tuesday, claims that the BJP is looking at a comfortable victory in both these states – ousting the Congress from Himachal while retaining Gujarat – several political analysts have disputed the poll, claiming that the BJP may not really have an easy victory in Gujarat while the Congress could retain Himachal.