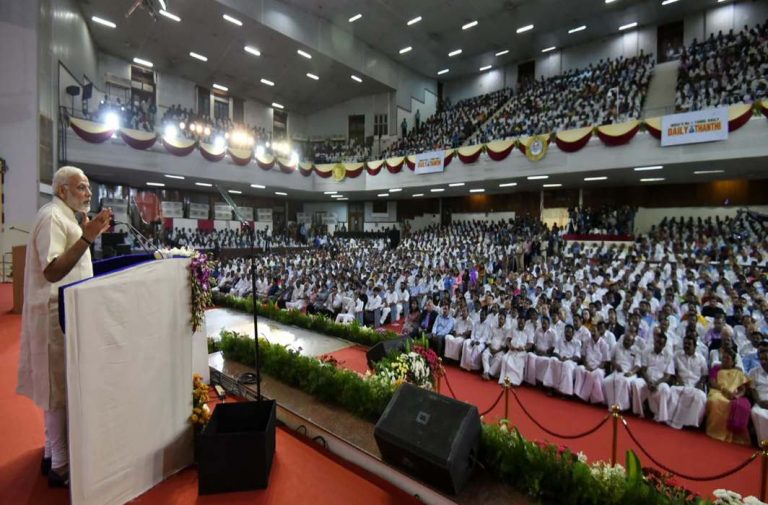 Following similar accusations and warnings by US President Donald Trump against so-called “fake news”, Indian Prime Minister Narendra Modi has also hit out at what he called ‘less than accurate’ or ‘factually incorrect’ reportage.

At the 75th anniversary celebrations of Tamil newspaper Daily Thanthi at the Madras University Centenary Auditorium in Chennai, the Prime Minister talked about editorial freedom, while also lecturing the media on the need for editorial freedom to be “used wisely, in public interest”.

Modi was, obviously, talking about the few free minded and unbiased media outlets that still exist in a bouquet of more and more right leaning newspapers, periodicals and news channels as well actual fake news sites. He laid out a charter for media organisations to follow.

He was commenting on a day when The Indian Express flashed details of the new Paradise Papers leak where Union Minister of State for Aviation Jayant Sinha was named in having links with Omidyar in the Appleby files. Modi did not clarify if such reportage also came under his charter.

Sinha apart, this was also a time when the BJP government in Rajasthan, led by chief minister Vasundhara Raje, is in the eye of a political storm for piloting a Bill that sought to muzzle the press and restrain it from reporting on allegations of corruption and financial impropriety by former and serving bureaucrats, judicial officers, etc. until such a time when the government grants sanction to agencies concerned to investigate such allegations.

Advising the media on its “social accountability” and the need to be “above board”, Modi said: “Media must make an extra effort, to maintain credibility.”

The Prime Minister Narendra Modi also urged the media to introspect, saying: “I firmly believe that reform in the media, whenever required, can only come from within, through introspection.”