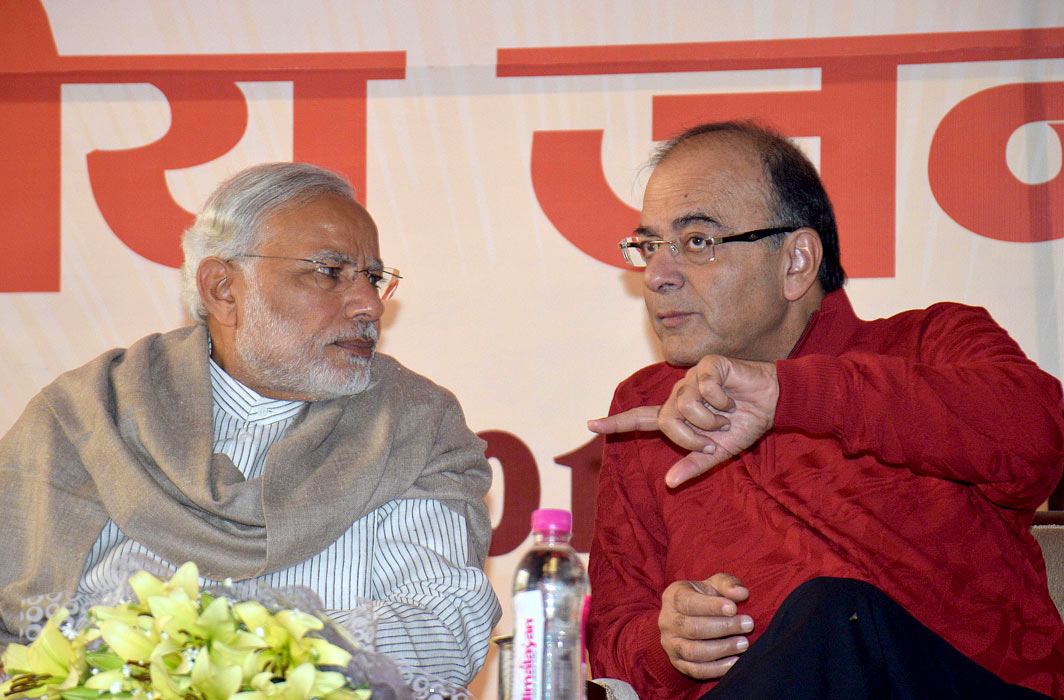 In a few weeks, the Finance Minister will present the country’s budget for the fiscal year 2019-20. It will be the last budget under this administration. Since Arun Jaitley is away to the United States for medical check-up, it is likely to be a stand-in who will do the job.

Budgets are always hugely anticipated event in India, yet few have been truly transformational. In 1951, John Mathai presented a budget which announced the creation of a Planning Commission which set the course for a centrally planned economy in which allocation of resources was dictated by politicians and bureaucrats rather than by a free functioning market economy. India’s experience with this Soviet-style central planning model was disastrous and forty years of potential growth were wasted.

The 1991 Manmohan Singh Budget finally rectified this error through a series of economic liberalisation measures including the elimination of quotas, subsidies, licenses, emphasis on the private sector and free-market policies, and liberalisation of imports, foreign investment and trade. The 1991 budget finally moved India away from socialist policies and marked a huge paradigm shift in economic thinking. The results of this shift were a doubling of GDP growth rates and a nearly 80% drop in poverty rates since 1991. It was undoubtedly India’s first and possibly only truly transformational budget.

There were a few other notable budgets. The 1957 Krishnamachari budget put severe restrictions on imports to promote the idea that India’s economic growth will come from import substitution. But these import curbs made things worse and industrial growth suffered greatly as a result. The 1997 Chidambaram budget lowered personal and corporate tax rates for the first time. It resulted in improved compliance, and tax collection increased ten-fold over the next decade. Unfortunately, very little insight was gained from that budget and no serious attempts were made to lower tax rates in subsequent budgets. Bureaucratic understanding of tax math is sadly limited to the misplaced idea that higher tax rates are required to increase revenue collection, whereas global evidence points to just the opposite– lower tax rates increase compliance and result in higher tax collections.

In simple terms, a budget is a statement of the revenue collected from taxes and how the government intends to spend that money. But at its core it is a reflection of how deeply a government is committed to fulfilling its core responsibilities namely, protecting its citizens from internal and external threats, building an effective judicial system to protect people’s rights through the expeditious enforcement of contracts, investing in human and physical capital through education and infrastructure, promoting overall well-being and quality of life by improving the delivery of public services and reducing externalities like air and water pollution.

The four previous Jaitley/Modi Budgets have lacked a consistent direction or vision. There has been no clarity on whether the government intended to pursue socialist or free-market policies. Did it favour economic freedom or more government control of business? Is Modi for “limited government” or is the state going to get bigger and more powerful? Does the government prefer handouts or greater personal responsibility? Does it support free trade or will its litany of higher import duties to promote “Make in India” result in hurting Indian manufacturing like the 1957 Krishnamachari ‘import substitution’ budget?

This government has one last chance to present a transformational budget. Here are two things  that need to be done—one on the revenue side and the other on the expenditure side.

On the revenue side,  the govermment should announce a comprehensive overhaul of India’s tax policy. The current tax code with over 53 different taxes is a hodgepodge of conflicting rules and regulations and does not meet any of the requirements of a good tax system. It is not broad-based–less than 3% per cent of Indians pay income tax. It is not proportional–the tax burden is borne disproportionately by the middle class. It is not simple–the tax code has thousands of complex and often conflicting regulations. It is not easy to monitor since black money is rampant in the country. It is not equitable and many sectors like agriculture do not pay any taxes. And it is not easy to implement –the average business spends almost 250 hours a year on filing tax returns, and another 400 hours a year on compliance and audits.

Here are some facts about the Indian economy that are unlikely to change anytime soon. A large percentage, about 83%, of the Indian economy is in the informal sector, and much of it runs on cash. As a result, the payment of direct taxes like income and corporate taxes remains a voluntary activity. The generation of black money is, therefore, largely an unavoidable consequence of a complicated tax code juxtaposed on an informal economic structure. Any attempt to change this by coercion, or other methods is an exercise in futility. The cost of trying to collect every rupee of tax will far exceed the revenue collected.

So, it is imperative that a new tax system is developed that mitigates tax evasion and black money structurally, rather than administratively. Mr Jaitley should propose a flat 10% consumption tax to replace all existing taxes–income tax, corporate tax, capital gains tax, wealth tax, excise tax. Every single existing tax should be scrapped and replaced by a consumption tax in the form of a value-added-tax (VAT) which is automatically imputed into the price of all goods and services consumed in the country. In its most basic form, a business pays the VAT tax on its purchase of inputs and collect it on its sales, whether those sales are to another business or a final consumer. The company itself will pay no taxes: It acts solely as a collection agent for the government, remitting to the state the difference between the VAT it collects from sales and the VAT it pays on inputs. The tax burden on the value added moves up each stage of the production chain to the final consumer. This chain cannot easily be broken without detection so tax avoidance becomes difficult.

The price of all goods and services thus consumed in the country will include a tax. Anytime a good or service is consumed the tax gets paid automatically, so there is no tax evasion or black money. And since everyone in the country must consume goods and services, everyone will pay some tax. It will broaden the tax base and increase revenue collection. Our estimates show that if all current taxes are replaced with a simple consumption tax, GDP will increase by at least 3% within two years, and government tax collection by almost 30 per cent. Additionally, over 5 million new jobs will be created, and interest rates would drop below 5 per cent.

The simplest most efficient way to structure this value-added consumption tax is to have a single rate across all products, with no exemptions. To mitigate the tax burden on low-income families, the government could provide a transfer of 10 % of a base income, currently chosen to be Rs. 25,000 annually, directly into their accounts as a rebate against taxes paid on the consumption of food and other essential items. In other words, every family classified as below-poverty-line would get a direct transfer of Rs.2,500 annually into their bank accounts to compensate for taxes imputed into their consumption. This tax rebate will cost about Rs.80,000 crores.

Based on the 2018 Gross Value Added (GVA) of about Rs. 170 lakh crores, a 10% VAT will bring Rs.17 lakh crores in tax revenue in the coming fiscal year, which makes it revenue-neutral with current tax collection. In the out years there will be a sharp increase in tax revenues from a rise in consumption in response to increased economic activity and higher disposable income for consumers and businesses.

This transformational tax policy will reduce the generation of black money, and more importantly, create powerful incentives that will unleash unprecedented economic productivity and growth.

The second thing Mr Jaitley should announce is a Universal Basic Income scheme to replace all existing welfare schemes. Most countries provide some form of welfare assistance to the less fortunate. India’s current welfare system, consisting of hundreds of different government schemes, suffers from two major inefficiencies: High bureaucratic costs associated with running programs, and massive leakages from the system due to corruption. Estimates by the Ministry of Finance show leakages of up to 40% and 65% in the two large subsidy programs, PDS and MNREGA.

Here is the ultimate irony: India ranks 2nd in total food production but ranks 100th among 119 countries in the 2017 Global Hunger Index and this despite allocating Rs. 1.8 Lakh crores to provide subsidized food grains to two-thirds of the country’s population. The country produces more than enough food yet its people don’t get enough of it.

The current welfare system is badly broken primarily because of an inefficient and corrupt middleman, i.e., the hundreds of government departments responsible for distributing welfare. What is required, instead, is a simple welfare system that can virtually be administered by a computer that will shrink the size and scope of the government and eliminate the departments responsible for distributing welfare. A Universal Basic Income (UBI) scheme will guarantee every citizen a minimum subsistence income that covers basic human needs like food, shelter, clothing. This income is unconditional and can be supplemented with other work. Estimates by the Chief Economic Adviser show that a UBI of Rs. 900 a month to 75% of the population would cost almost 5% of GDP. Eliminating all the current subsidies and welfare programs would save about 3.1% of GDP leaving an additional fiscal burden of about 2% of GDP.

This is a substantial cost, so the program will need to be limited to adults below a certain threshold income. Another alternative is to provide the UBI only to women as a way of acknowledging their uncompensated contribution at home. The UBI amount would be deposited directly into the beneficiary’s bank account or given in the form of a debit card which gets automatically topped up every month. The latter approach would help in the push to make India into a cashless economy and also prevent the money from being used for alcohol or other “restricted” purchases.

Given India’s political realities it is virtually guaranteed that politicians will tinker with UBI in the future and make it fiscally unsustainable. The only way to insulate UBI from politics is through a constitutional amendment that simultaneously eliminates all other welfare programs and guarantees that the UBI be designed to help people based solely on their income and not as members of particular occupational groups or castes.

Transforming India must start with the institution of government and how it collects revenues and distributes welfare subsidies. The value-added consumption tax would replace all existing taxes, and the Universal Basic Income will replace all current welfare programs. This will reduce black money, release capital for growth and truly provide for sabkavikas.

But transforming India requires boldness and courage and unfortunately this government has has shown no proclivity to either in its previous budgets. This might be the last chance.