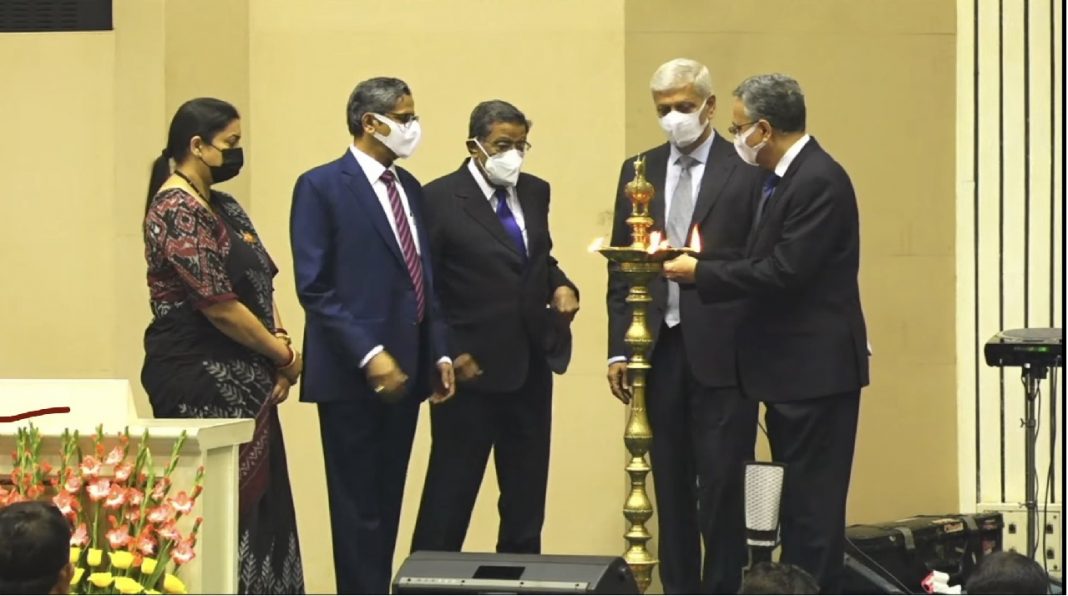 Union Minister for Women and Child Development Smriti Irani on Sunday said free legal aid was no charity but a right of the citizen. Irani was the guest of honour at the valedictory ceremony of the pan-India legal awareness and outreach campaign. The campaign was launched on October 2, and it concluded on Sunday, November 14. The event was organised by the National Legal Services Authority (NALSA) to spread awareness about the legal services in every nook and corner of the country, and to provide pro-bono services to the people of the country.

Irani said the pan-India legal awareness campaign has been a huge success as 5 lakh villages were covered and for this 2 lakh outreach teams contributed and they came forward to cater to the services of 6.5 crore Indians.

Justice Khanwilkar said that in this campaign, volunteers made door-to-door visits in villages to make people aware of their rights. He further said that mindboggling results were received.

The Attorney General of India, KK Venugopal, said that in this campaign volunteers made the door to door visits in villages to make people aware of their rights. He further said that mindboggling results were received.

Chief Justice of India Ramana said that legal aid practitioners trained in handling marginalized communities can make great changes and they are the best persons to guide them to a restorative path.

“A child can always teach an adult three things that are to be happy for no reason, to be always busy with something and knows what to demand with all his will.”

He also said that the journey has just begun and we want to thank all stakeholders. Apart from this, he said that the purpose of this campaign is to reach the unreached like the weaker sections, children who lost the only earner in their family, and the LGBTQUIA+ community.

Did you find apk for android? You can find new Free Android Games and apps.
Share
Facebook
Twitter
Pinterest
WhatsApp
Previous articleNational Green Tribunal says its disappointed with non-responsiveness of Delhi Jal Board
Next articleCentre brings ordinance to extend CBI, ED chief tenures up to 5 years from 2 years