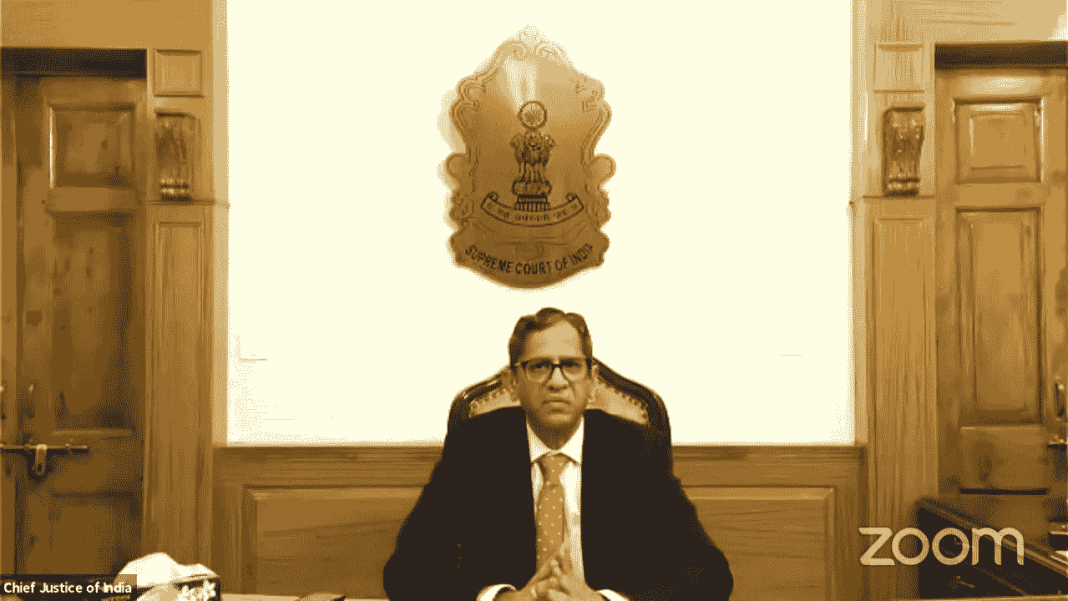 Chief Justice of India Justice N.V. Ramana on Monday proposed setting up of a National Judicial Infrastructure Authority of India (NJIAI) for arrangement of adequate infrastructure for courts in the country.

Union Minister of Law and Justice Kiren Rijiju told the Rajya Sabha today that the Registry of Supreme Court of India has compiled data on the status of judicial infrastructure and court amenities.

He said a proposal has been received from CJI Ramana for setting up of NJIAI for arrangement of adequate infrastructure for courts, as per which there will be a Governing Body with Chief Justice of India as Patron-in-Chief.

The other salient features of the proposal are that NJIAI will act as a Central body in laying down the road map for planning, creation, development, maintenance and management of functional infrastructure for the Indian Court System, besides identical structures under all the High Courts. The proposal has been sent to the various State Government/UTs, as they constitute an important stakeholder, for their views on the contours of the proposal to enable taking a considered view on the matter.

Also Read: Veracity of the allegations not a deciding factor in issuance of summons: Allahabad High Court

As far as the Centrally Sponsored Scheme for the Development of Infrastructure Facilities for Judiciary is concerned, the primary responsibility of development of Infrastructure facilities for judiciary rests with the State Governments. To augment the resources of the State Governments, the Union Government has been implementing a Centrally Sponsored Scheme for Development of Infrastructure Facilities in district and subordinate courts by providing financial assistance to State Governments / UTs in the prescribed fund sharing pattern. The scheme is being implemented since 1993-94. Till date, the Central Government has sanctioned Rs. 8758.71 crore under the Scheme to States/UTs, out of which Rs. 5314.40 crore has been released since 2014-15 which is around 60.68% of the total release under the scheme. The Government has approved the continuance of this CSS for a period of 5 years from 01.04.2021 to 31.03.2026, with a total budgetary outlay of Rs.9000 crores, including Central share of Rs.5307 crores. The scheme components have been expanded, to also cover the construction of toilets, digital computer rooms and Lawyers’ Hall, in addition to the Court Halls & Residential Units in the district and subordinate courts. Pursuant to the extension of the scheme and introduction of new features in the scheme, revised guidelines have been issued on 19.08.2021 for implementation of Centrally Sponsored Scheme for Development of Infrastructure Facilities for Judiciary.