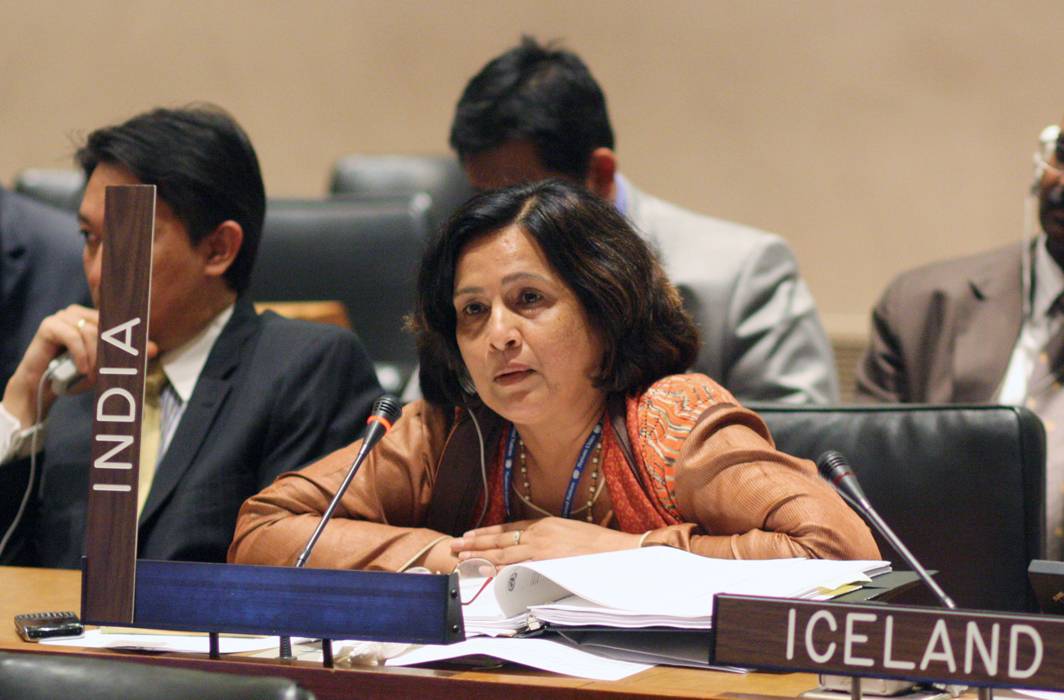 Eminent lawyer Dr Neeru Chadha, who also became the first woman to be named the chief legal adviser in the ministry of external affairs in 2012, has now become the first Indian woman to be elected as a judge of the International Tribunal for the Law of the Sea (ITLOS).

This is a very senior and prestigious UN position and Dr Chadha is the second Indian woman to reach the top echelons in a UN body. Earlier, Vijaya Lakshmi Pandit had served as the President of the United Nations General Assembly.

Dr Chadha overcame stiff competition in the first round voting process (she got 120 votes) from candidates from Indonesia (58), Lebanon (60) and Thailand (86) in the Asia Pacific group. From the second round the candidate from Thailand won the second seat from the group.

Dr Chadha graduated from the University of Michigan and the University of Delhi. She then joined the Legal and Treaties Division of the Ministry of External Affairs in 1992. She became the ministry’s chief legal advisor in 2012.

During the case before the ITLOS regarding the Italian Marines’ shooting of Indian fishermen off the Kerala coach, Dr Chadha was the lead agent. She also represented India at the International Court of Justice when Marshall Islands had accused India of not taking its disarmament obligations seriously as a nuclear weapons state.

Environment law not in conflict with development, but a facet of it: NGT

“Environmental rule of law need not be considered to be in conflict with the need for development, but a facet of development. The development has to be sustainable and the light of principles which the country has accepted in the form of the frame work of legislation and best environmental practices
Read more

The Delhi High Court while hearing a case related to child pornography has directed the police agencies to forward sexually explicit material relating to the petitioner to the National Crime Records Bureau (NCRB) to identify the persons who are re-uploading the offensive content in India.
Read more