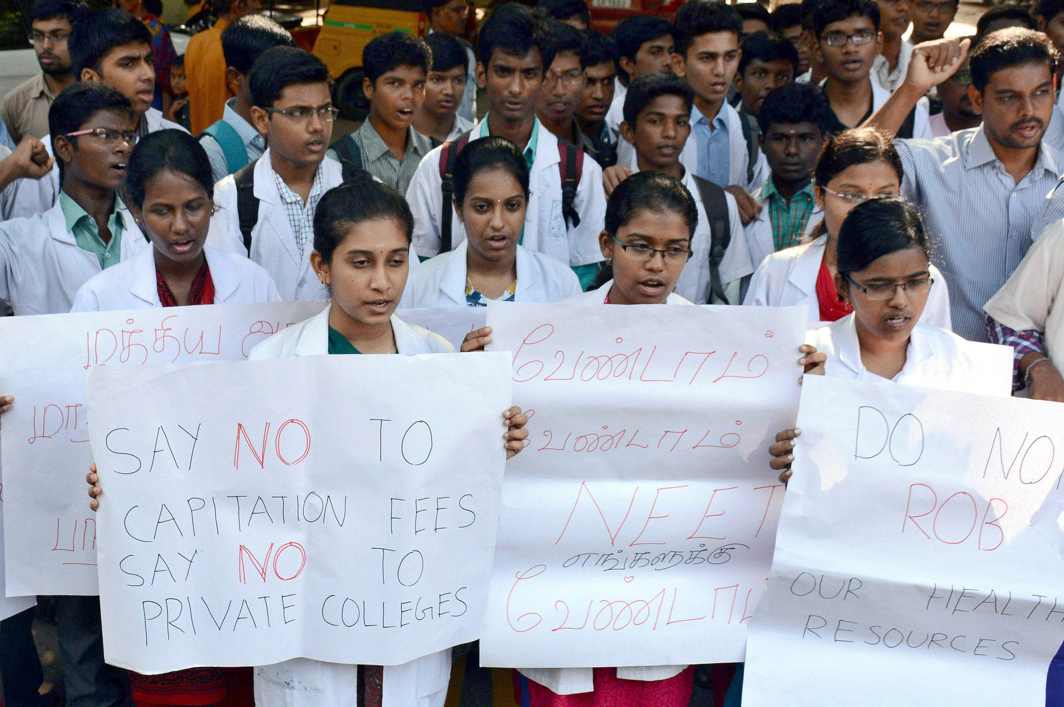 The court, however, gave directions on how question papers should not vary in the range of difficulty and on how direct translations should be carried out in order to avoid discrepancies in English and other regional languages.

The basic issue that the court has been dealing with is whether there should be a separate NEET question paper in English and another for regional languages.

The court refused to consider the issue of leakage of question paper.

Senior advocate Indira Jaising, appearing on the behalf of the petitioner, argued that the ratio of students who appeared in NEET as English language is 10:1 and students who appeared in vernacular paper is 3:1. There is no uniformity between the English paper and the paper in Hindi/vernacular. There is no equivalence in level of difficulty in question papers, she mentioned.

Justice Misra commented that vernacular is a derogatory term. He asked the respondents – the Union Ministry of Health and Family Welfare and the CBSE – why there exists two different sets of question papers for one examination. “There should be a clear-cut translation,” he said.

Jaising said: “It’s like a regional language or mother tongue.”

Justice Misra gave translated example of a sentence from the question paper: “‘Jeene ke liye kahana hai’. In Oriya and Bengali, the translated part of the sentence is, ‘food is necessity for life’.”

Counsels for the respondents – Gaurav Sharma for the ministry and Tarachand for CBSE – said: “For 2018, we are preparing a single set of question paper.”

The court directed the ministry to file an affidavit, depicting how it will bring about the changes for the 2018 exam. “Consult all your expert bodies. Regional language paper helps the students to opt for the paper in which he/she is comfortable. As far as translation is concerned, medical terms, which are difficult to translate, are to be used as such.”

The court also directed that no high court should entertain any request in this regard.  It said that for this year nothing can be changed regarding admissions. “Kindly don’t be ambitious for this year,” the court said.