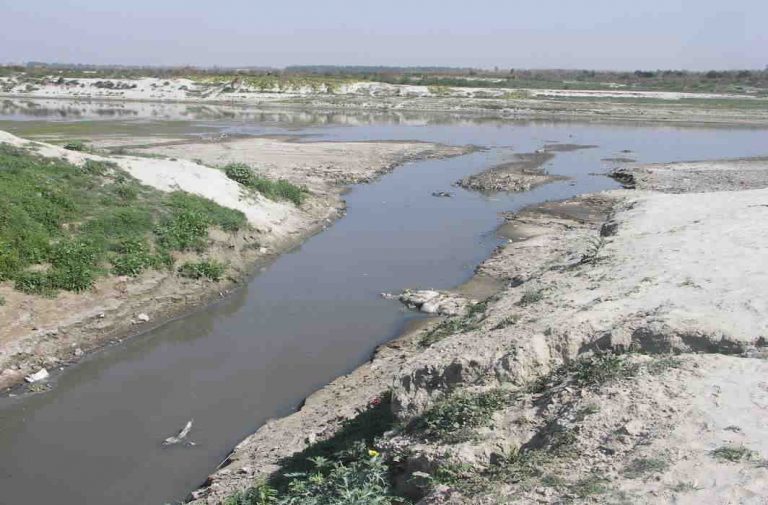 The National Green Tribunal (NGT) bench headed by Justice Swatanter Kumar on Wednesday (September 13) ordered the inspection of a canal in the Jajmau area of Kanpur, Uttar Pradesh. The canal has been declared cleaned and the Sewage Treatment Plant (STP) fully functional.

This is part of the court’s intervention into the Ganga Action Plans I and II, emanating from an old PIL by advocate and activist M C Mehta.

On the last date of hearing the counsel appearing for Ministry of Water Resources was told to take instructions and submit as to whether the directions issued by the NGT has been complied with or not.

On Wednesday the counsel, on behalf of all the states and parties, appeared in front of the bench to plead on the plan B of Phase I in which counsel Kapila, on behalf of the tanneries in the Jajmau area of Kanpur district, informed that the drains/sewer line which were blocked are now clean.

The bench queried about the blockage of 72 percent in the main drain system from the STP to the Jajmau area. The bench asked: “Is it completely clean?”

The inspection order came immediately. The bench ordered that all equipment and machinery should be ready and at hand for the inspection. The inspection team will have members from CPCB, UPPCB, Jal Nigam Uttar Pradesh and a representative of NMCG.

The fee of the members of the inspection team should be paid by CPCB from the funds incurred by the order of NGT.

Bench also directed the Jal Nigam to not do any work in that area in which inspection has to be done till day after tomorrow till the inspection is over.

A complete status report with video recording will have to be filed to the Tribunal within five days.

The next hearing is on September 21.