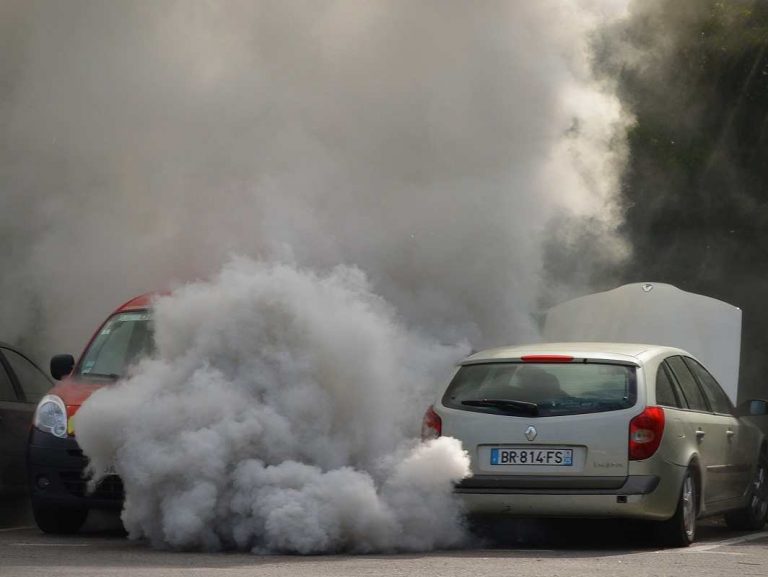 The matter related to rampant pollution in Delhi was again taken up by National Green Tribunal (NGT) on Thursday (May 18). The six-member bench of the Tribunal led by Justice Swatanter Kumar observed, as per its earlier order to bring down pollution, that the smooth flow of traffic was a must to bring down pollution on Delhi’s roads. It directed that roads must have clear dividers, and there should be proper demarcation of lanes, so that there are no traffic jams. It pointed out that the traffic lights must function properly across Delhi.

On being informed by the Delhi government that demarcation of lanes was not possible in some areas, as of now, due to Metro construction and these were “no lane change lanes” at present, the bench suggested that “no change lanes” should end 10 m away from traffic lights, giving ample space to drivers to choose their lanes once they reach traffic lights.

The Tribunal asked the government to issue proper advertisements about destination buses and distribute pamphlets explaining the service.

NDMC sought permission from the Tribunal to ply diesel trucks for carrying LPG cylinders in Delhi. The Tribunal permitted it but asked NDMC to file an affidavit before it and RTO stating that the said vehicle will be properly maintained and used only for plying LPG cylinders.

Agencies carrying petrol sought permission for plying diesel vehicles, such as 10-year-old trucks for carrying petrol and other fuels from depot to fuel pumps. The Tribunal allowed the application with the condition that these vehicles will only be used for the purpose stated.

The Delhi Jal Board too made a plea for plying 10-year-old diesel vehicles for cleaning sewage. The Tribunal granted the permission but again with the same condition applicable for others.

The matter will again be taken up on July 7.