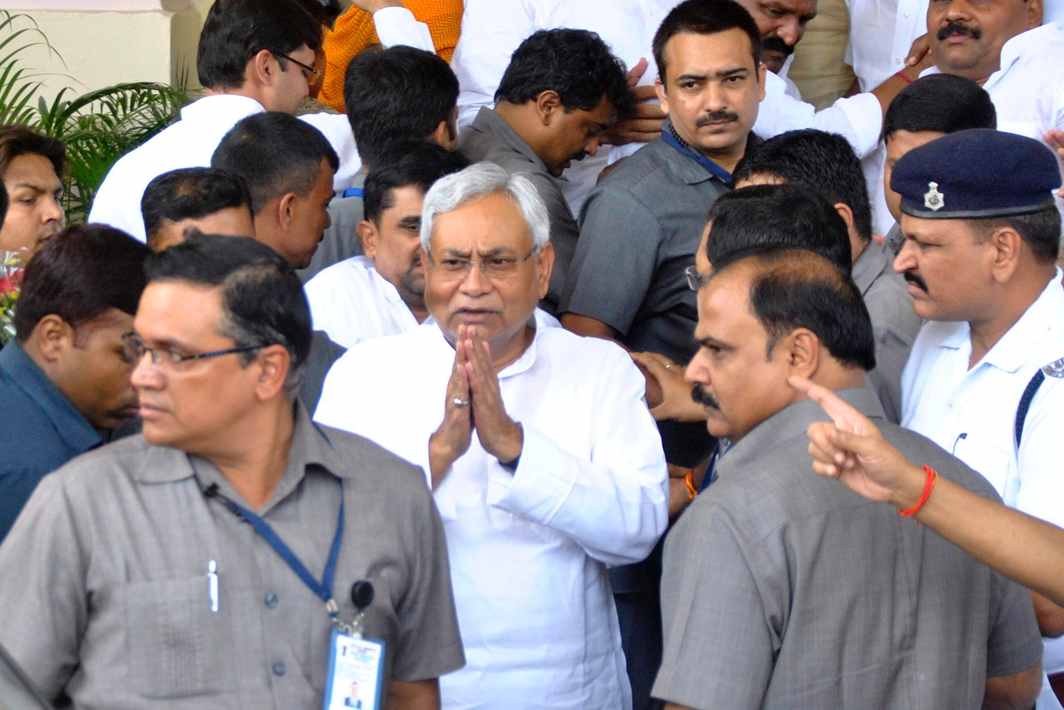 Above: Nitish Kumar being greeted by JD(U) and BJP legislators on his arrival at the Bihar assembly to attend the special session on Friday

As expected, Nitish Kumar has sealed his place as chief minister of Bihar, again, by winning the trust vote on the floor of the state assembly on Friday (July 28). His Janata Dal-United (JD-U) combined with the Bharatiya Janata Party (BJP) logged 131 votes. There were 108 against.

There were protests within the house by RJD workers, but to no avail.

In just two days, following months of wrangling, the so-called Mahagathbandhan lay in tatters. So is the condition of the entire opposition movement in the country. The Bihar example is no more in front of a possible national opposition front.

There were fears that some disgruntled JD-U MLAs would indulge in cross-voting as has happened in the recent past (especially in Tamil Nadu). But that did not happen. It was, in a way, also creditable that the Rashtriya Janata Dal (RJD), too, has been able to hold on to its flock following Tejashwi Yadav being booked for corruption in benami property cases.

Nitish pooh-poohed opposition claims that he had betrayed the mandate of the public by saying that his pre-poll promise of ‘janta ki sewa‘ was for governance, and not just for holding onto office, even with corruption snapping at his heels.

On the other complaint of him having compromised on his secular outlook, Nitish said: “I know and understand secularism,” and he need not be lectured on that.

Meanwhile, Opposition leader Tejashwi Yadav said voters had been stabbed in the back. “People who voted for the Grand Alliance are being betrayed. Nitish Kumar got the mandate against the BJP but joined hands with it to form the government,” he said.