However, the court rejected the said argument by citing the alarming situation and the exponential rise in the number of cases in Delhi. 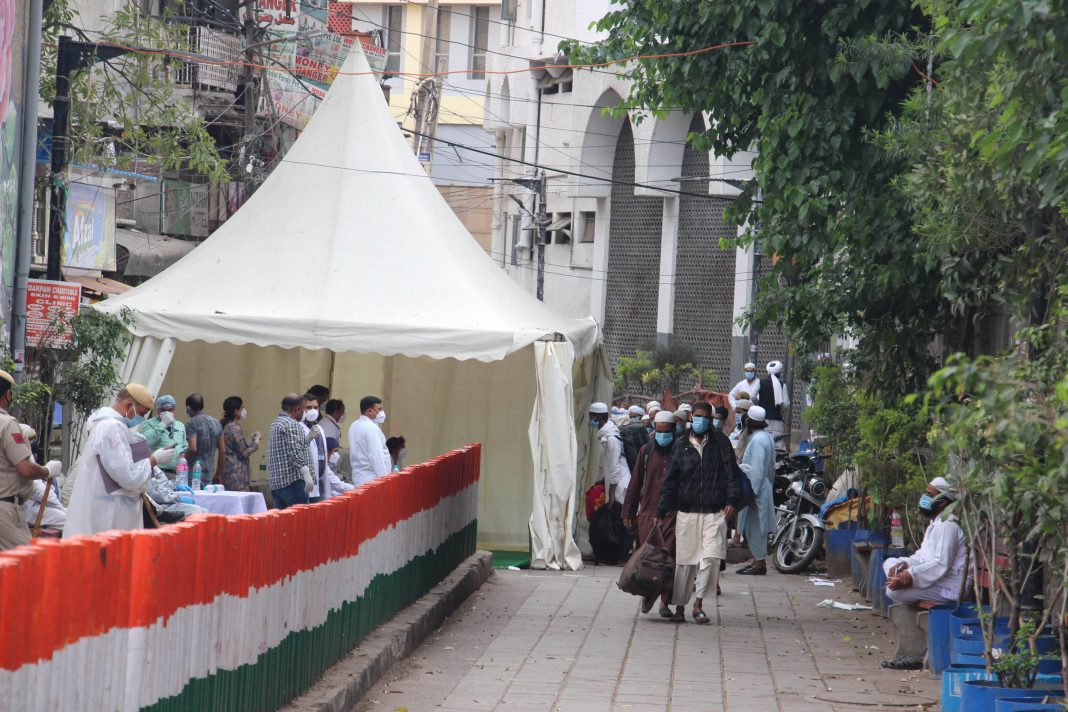 The Delhi High Court on Thursday allowed 50 persons to offer Namaz five times a day at the Nizamuddin Markaz, which was closed for around an year since the outbreak of the Covid-19 pandemic and the religious congregation of Tablighi Jamaat which resulted in the spread of the virus.

A single judge bench of the high court presided by Justice Mukta Gupta passed the said order after noting that the said mosque is a place of worship.

“This Court permits 50 persons to offer Namaz five times a day at first floor of the said mosque in compliance of DDMA guidelines,” the court said.

The court observed that since limited entry is being permitted at other places of worship upon the strict adherence to the Standard Operating Procedures (SOPs) issued by the competent authorities, the Markaz too can’t be kept shut.

“This Court finds that the petitioners have made a prima facie case that devotees may be allowed to offer Namaz at Masjid Banglewali. However, the same shall be done in compliance of the SOP by the DDMA.

Considering that the Namaaz is offered by the devotees five times during Ramadan, at the same time it has to ensured that Covid-19 does not spread,” the bench said.

While the matter was being heard by way of videoconferencing, the Centre maintained its stand that 50 people may be permitted.

Senior Advocate Ramesh Gupta argued that since the mosque has four floors more people may be permitted to offer prayers.

However, the court rejected the said argument by citing the alarming situation and the exponential rise in the number of cases in Delhi.

Appearing for the Central government advocates Rajat Nair and Amit Mahajan said, “The situation is becoming graver day by day as we argue before the court. Infection is at all time high in delhi and therefore it would be not in interest of anyone to press for a congregation of a religious nature at present time.”

“The petitioner should also understand the unprecedented position of covid and may chose to make only those submissions which makes an even,” Nair submitted before the bench.

The court has now listed the matter for further hearing on July 16.