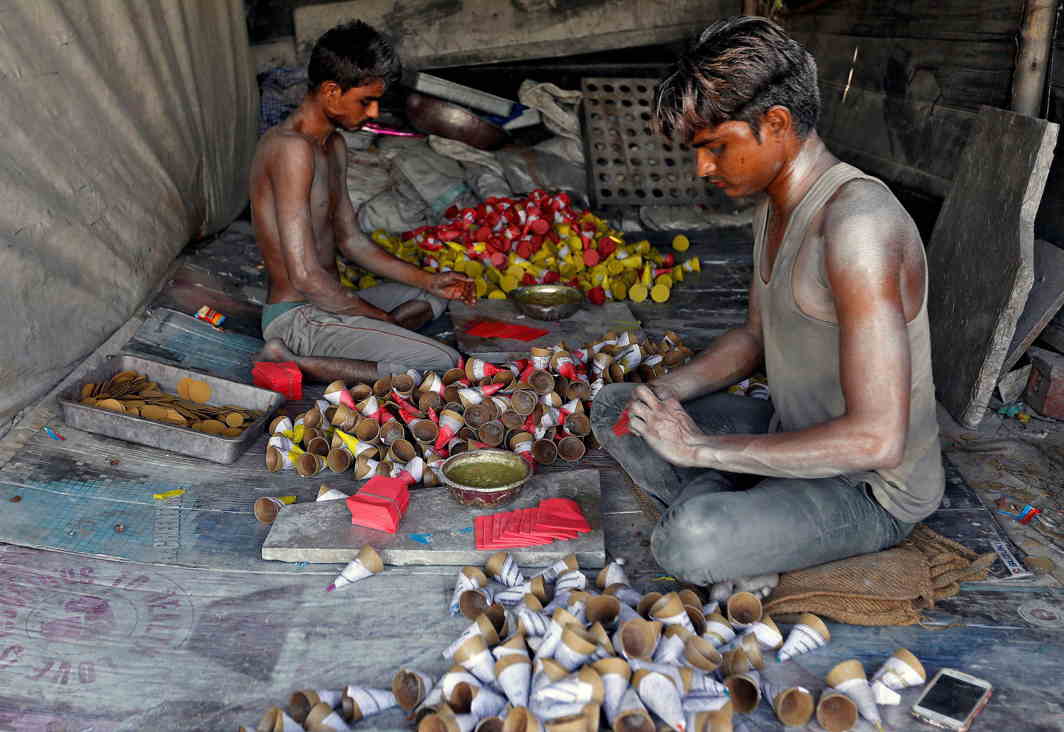 The Supreme Court bench of Justices Madan B Lokur and Deepak Gupta on Tuesday (September 12) clarified that there is no blanket ban on firecrackers in Delhi-NCR. The court said that there are 16 directions from the court and those comprise certain modifications.

Reacting to a PIL, the top court had banned firecrackers due to heavy pollution caused by the fireworks in the Delhi-NCR region. The court had directed the Central Government to:

(i) Suspend all such licenses as permit sale of fireworks, wholesale and retail within the territory of NCR.

(ii) The suspension shall remain in force till further orders of this Court.

(iii) No such licenses shall be granted or renewed till further orders. It was also directed to the Central Pollution Control Board (CPCB) to study and prepare a report on the harmful effects of the materials which are currently being used in the manufacture of fireworks.

The court thereafter released the guidelines, which are as follows:

“Taking all factors into consideration, we are of the view that the following orders and directions are required to be issued and we do so:

“(1) The directions issued by this Court in Sadar Bazar Fire Works (Pucca Shop) Association shall stand partially modified to the extent that  they are not in conformity with the Explosives Rules which shall be implemented in full by the concerned authorities.  Safety from fire hazards is one of our concerns in this regard.

“(2) Specifically, Rule 15 relating to marking on explosives and packages and Rule 84 relating to temporary shops for possession and sale of fireworks during festivals of the Explosives Rules shall be strictly enforced.  This should not be construed to mean that the other Rules need not be enforced – all Rules should be enforced.  But if the fireworks do not conform to the requirements of Rules 15 and 84, they cannot be sold in the NCR, including Delhi and this prohibition is absolute.

“(3) The directions issued and restrictions imposed in the order passed by this Court on 18th July, 2005 in Noise Pollution (V) shall continue to be in force.

“(4) The concerned police authorities and the District Magistrates will ensure that fireworks are not burst in silence zones that is, an area at least 100 m from hospitals, nursing homes, primary and district health-care centres, educational institutions, courts, religious places or any other area that may be declared as a silence zone by the concerned authorities.

“(6) The Union of India will ensure strict compliance with the Notification GSR No. 64(E) dated 27th January, 1992 regarding the ban on import of fireworks. The Union of India is at liberty to update and revise this notification in view of the  passage  of  time  and  further knowledge gained over the last 25 years if  necessary.

“(7) (Through) Fresh  notification, Department  of  Education  of  the  Government  of  NCT  of Delhi  and the  corresponding  Department in other  states in the NCR shall immediately formulate a plan of action, in not more than 15  days, to  reach  out  to  children  in  all  the  schools  through  the  school  staff, volunteers  and  NGOs  to  sensitize  and  educate  schoolchildren  on  the health hazards and  ill effects of breathing polluted air, including air that is polluted due to fireworks. School children  should  be  encouraged  to reduce,  if  not  eliminate,  the bursting  of  fireworks  as  a  part  of  any festivities.

“(8) The  Government  of  NCT  of  Delhi  and  other  states in  the NCR may  consider  interacting  with  established  medical  institutions  for issuing  advisories cautioning  people  about  the  health  hazards  of bursting  fireworks.

“(10) Fireworks  containing  aluminium,  sulphur,  potassium  and  barium may be sold in Delhi and in the  NCR, provided  the  composition approved  by  PESO  is  maintained. It  is  the  responsibility already of  PESO  to ensure  compliance  of  the  standards  it  has  formulated.

“(12) The… suspension  of  permanent  licences  as  directed  by  the  order of November,  2016  is  lifted  for  the requirement  a review  after  Diwali… This might be ambient air quality post Diwali. However,  it  is  made  explicit  that  the  sale  of  fireworks  by  the permanent  licensees  must  conform  to  the  directions  given  above  and must  be fully in  compliance  with  the  Explosives  Rules.  We  were informed  that  the  permanent  licences  were  issued  by  PESO  and therefore  the  responsibility  is  on  PESO  to  ensure  compliance.

“(13) While lifting  the  suspension  on  the permanent  licence granted,  we  put  these  licensees  on  notice  for  Dussehra…

“(14) Since  there  is  a  lack  of  clarity  on  the  safety  limits  of  various metals  and  constituents  used  in  fireworks,  a  research  study  must  be jointly carried  out  by  the  CPCB and  the  FDRC standards  for  ambient  air  quality, laying  down  appropriate (standards).

“(15) In any event, a research study also needs to be conducted on the impact of bursting fireworks during Dussehra and Diwali on the health of the people.  We, therefore, appoint a Committee to be chaired by the Chairperson of the CPCB and consisting of officers at the appropriate level from the National Physical Laboratory, Delhi, the Defence Institute of Physiology and Allied Sciences, Timarpur, Delhi, the Indian Institute of Technology-Kanpur, scientists from the State Pollution Control Boards, the Fire Development and Research Centre, Sivakasi and Nagpur and the National Environment Engineering Research Institute (NEERI) nominated by the Chairperson of the CPCB to submit a report in this regard preferably on or before 31st December, 2017.

“(16) Keeping in mind the adverse effects of air pollution, the human right to breathe clean air and the human right to health, the Central Government and other authorities should consider encouraging display fireworks through community participation rather than individual bursting of fireworks.”