154,225FansLike
654,155FollowersFollow
0SubscribersSubscribe
Home Top News of the Day news No Indian should feel the Constitution is alien to him: Ex-CJI Dipak Misra 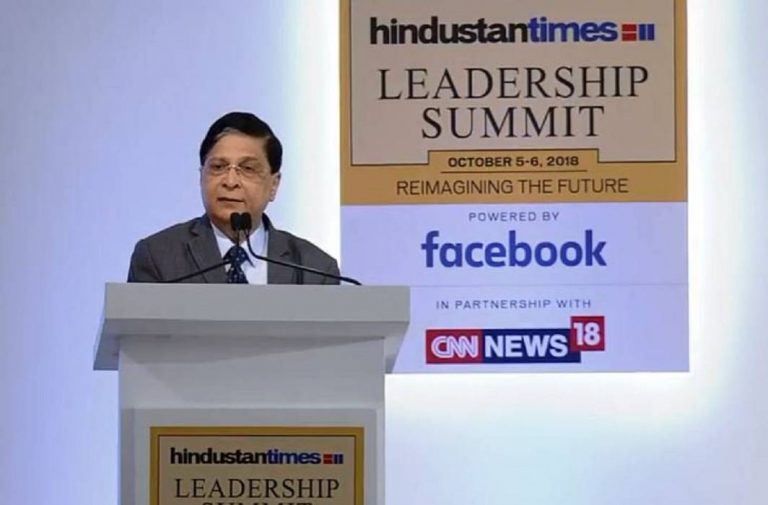 In his first public address after his retirement, former Chief Justice Dipak Misra speaks on idea of constitutional morality at HT Leadership Summit

Days after he demitted office as the 45th Chief Justice of India following a week packed with historic verdicts, nearly all of which had at their heart the message that the country’s constitution must always reign supreme, Justice (retired) Dipak Misra, on Friday (October 5), spoke about his idea of constitutional morality at the Hindustan Times Leadership Summit in New Delhi.

The former Chief Justice of India touched upon a slew of subjects in his first public address following his retirement. Here are highlights of what the former CJI said:

* I urge everyone present here to be an incurable optimist. Hope must be concretised. Hope must become a practical reality and that’s why attempts are being made by the courts to realise this hope.

* Constitutional behaviour should be observed by every wing of the State, be it the Legislative, Executive or the Judiciary.

* You cannot allow criminals to govern.

* History depicts Chanakya as a cruel man. I don’t think that way. I always think that he was a prominent advisor to the then emperor, Chandragupta Maurya.

* We have a robust independent judiciary and are governed by the rule of law.

* In the Hadiya case, question of choice arose. When 2 adults marry, they should be allowed to go. Constitutional morality obligates to respect it.

* Courts do not legislate. Courts laying guidelines comes under the Indian Constitution and is in consonance of fundamental rights.