Home Top News of the Day news No one has right to interfere in marriage of consenting adults: CJI on khap panchayats 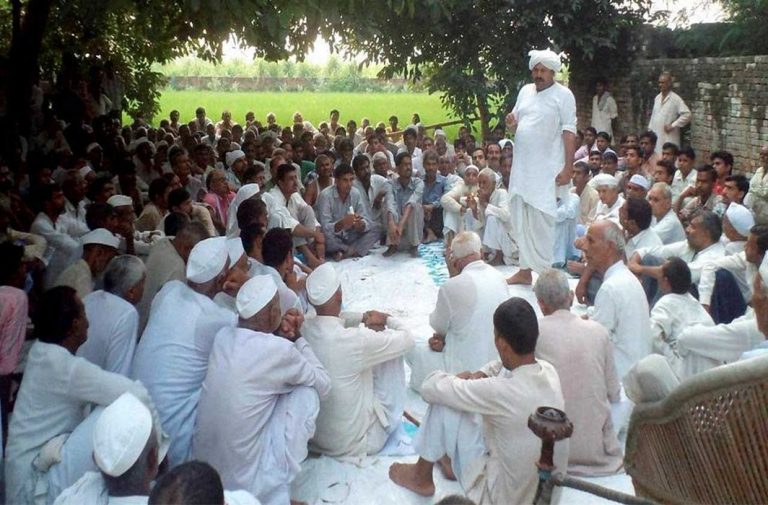 In a strident reprimand of khap panchayats (self-anointed family courts) who sanction assaults on couples who marry despite their objections, Chief Justice Dipak Misra, on Monday (February 5), said that no one has the right to interfere if two consenting adults decide to enter into matrimony.

The verbal rebuke by the Chief Justice of India came during proceedings in a writ petition filed by NGO Shakti Vahini, which has sought a ban on khap panchayats.

The khaps, as these self-appointed courts are often referred to, are a common phenomenon in parts of north India, particularly Haryana, and have often been in the dock for sanctioning violence against consenting adults – usually from the same ‘gotra’ – who decide to marry. Over the years, several murders of such couples have been reported by the media and the role of the khaps in sanctioning these killings has often come to light.

The Supreme Court Bench, also comprising Justices AM Khanwilkar and DY Chandrachud, made it amply clear that “Where two consenting adults agree to enter into matrimony, no individual rights, group rights or collective rights shall interfere therein or harass the couple”.

The Chief Justice pointedly told the counsels appearing for the khap panchayats: “if two adult persons are marrying with their consent, you are no one to create an obstacle”, while adding “whether it is parents, society or anyone, they are out of it.”

Curiously a counsel appearing for the khap panchayats argued that these “family courts” are “against honour killings” and “support inter-caste as well as inter-religious marriages”. However, the counsel added: “Because of the skewed sex ratio in Haryana, as many 2.5 million local boys have married in other states. What the Khap Panchayats are opposed to is intra-gotra marriage. Say, I am a ‘Hooda’; it is an age old tradition that a hooda shall not marry another hooda. They are deemed to descended from a common ancestor and hence, are siblings.”

The khaps submitted further that “as per Section 5(v) of the Hindu Marriage Act, marriages between sapindas – calculated as within 5 degrees of relations from the father’s side and 3 degrees on the mother’s side – are prohibited. Scientifically also it has been proven that such marriages have a disastrous impact on the genetics of the children.”

However, the Chief Justice said: “We are not concerned with the Khap Panchayats. Nobody, neither the society, the parents nor other relatives of either party to the marriage nor the Panchayats, may interfere”.

Chief Justice Misra took offence to the counsel of the khap panchayats submitting that his clients were acting as “conscience keepers” of the society and told him, “Don’t be conscience keepers. If two adults want to get married nobody should interfere.”

On the specific reference to the opposition of khap panchayats to intra-gotra marriages, the Chief Justice said: “We are not writing an essay here. We are not concerned with thesapinda or gotra. We are only interested in the decision of two adults to get married. If any issue arises in respect of the marital status or property, the court shall be entitled to decide the same. The children may be legitimate or illegitimate, that may be for determination in a partition suit. Similarly, even the marriage may be null and void. But you keep out of it. No third party shall interfere.”

It is pertinent to recall that on the last date of hearing, senior advocate Raju Ramachandran, who has been appointed amicus curiae in the case, had filed his report before the court detailing suggestions on the issue of khap panchayats and ‘honour killings’ (a term often used by votaries of these family courts to justify murders of couples who had married despite being sapindas or from the same gotra).

The Bench has granted time to Additional Solicitor General Pinky Anand, till February 16 – the next date of hearing in the case – to file the centre’s response to Ramachandran’s report stating that this is a “serious issue.”