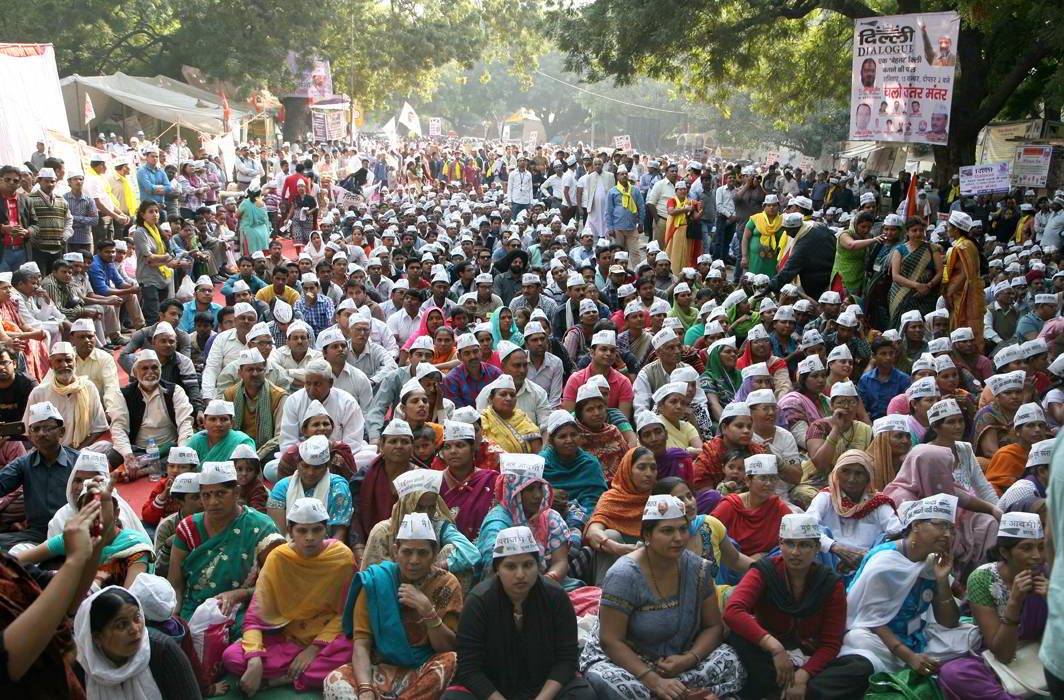 Above: A protest at Jantar Mantar. Photo: Anil Shakya

The iconic Jantar Mantar area of New Delhi will henceforth only be a tourist attraction and not a traditional centre for protests. The National Green Tribunal’s (NGT) Justice RS Rathore on Thursday (October 5) directed the Delhi government to not allow any more protests in the area.

The NGT also directed that the New Delhi Municipal Council has to remove all temporary structures, loudspeakers and public address systems from the critical stretch of the road near Connaught Place.

The NGT, though, provided an alternative to protesters. It said that protests and dharnas can be held at the Ramleela Grounds in Ajmeri Gate, instead. This change is with immediate effect.

The bench’s decision was in reaction to a petition filed by Varun Seth, alleging that processions and agitations held by social groups, political parties, NGOs at the Jantar Mantar Road were a major source of noise pollution in the area.

The bench said protests there violated environmental laws including Air (Prevention and Control of Pollution) Act, 1981 and that residents of nearby areas have a right to live peacefully and comfortably and in an atmosphere free from pollution at their residences.