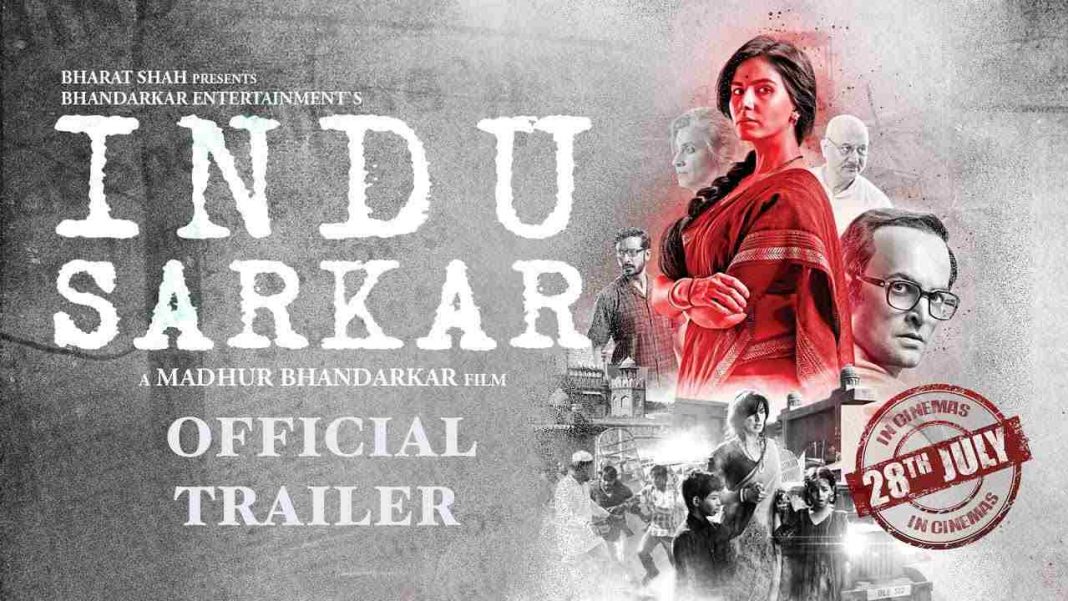 Indu Sarkar, a film by Madhur Bhandarkar, will be released at theatres on Friday (July 28). Priya Singh Paul, who claims to be the biological daughter of the late Sanjay Gandhi, son of former Prime Minister Indira Gandhi, had approached the Supreme Court after the Bombay High Court had refused to issue a stay order on the film on July 24.

The urgent hearing landed before the Supreme Court bench of Justices Dipak Misra, Amitava Roy and AM Khanwilkar. The petitioner submitted that the film was purely commercial and had nothing to do with history. The counsel said: “70 percent of the film is fiction. Where did they get that 30 percent which is supposedly factual? Whatever happened was part of governance.”

The judge said that there must be a disclaimer in the movie.

He said: “We have not used any names. Tomorrow the movie is going to be released. This was known to them from the last two months. A large amount of money has been invested.”

Justice Misra asked: “Why should be there any prohibition on movies or books? Chanakya was the cruelest man in the history. This is what has been said by historians. Let the historians go on. I have seen the trailer.”

The bench ordered as follows: “Heard senior advocate K Sultan for petitioner and senior advocate for Dhruv Mehra. This petition is challenging the legal proprietary of the division bench of Bombay (High Court) which declined to set aside certification of Indu Sarkar.

“The High Court has observed that writ petition is not in the nature of a PIL.  As far as the status of the petitioner is concerned, we are not commenting on that. Madhur Bhandarkar had given one interview and stated that 30 percent is fact and 70 percent is fiction. We have seen the movie. The petitioner submitted that such projection affects the reputation of her personality during the emergency era and hence it should be stopped.

“The respondent submitted that there is already a disclaimer which says that it is not related to any living or dead person. He has a right to project. It is his right.

“We are of the opinion that order of high court is reasoned. There is no reason to curtail his powers to project.”