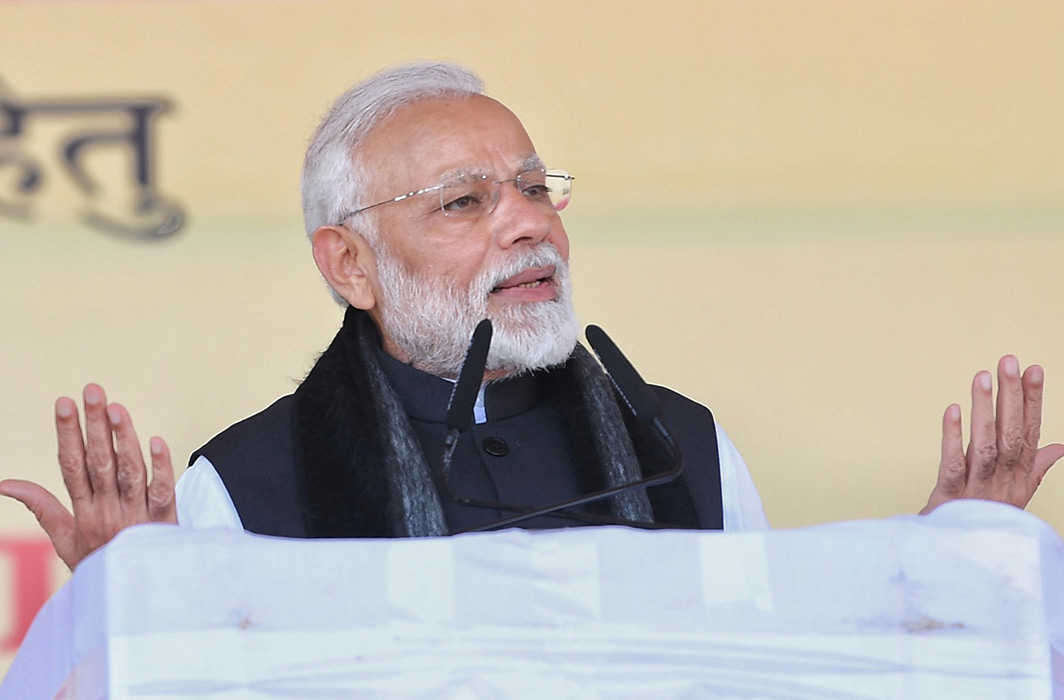 The Election Commission has absolved prime minister Narendra Modi of the charge of violating the model code of conduct saying it  was “of the considered view that in this matter no such violation has been noticed,”.

Giving its ruling late Tuesday, the EC said Modi did not violate the MCC in his speech in Wardha, Maharashtra wherein he said, referring to Congress chief Rahul Gandhi contesting from Wayanad and had “indicated” that the Kerala constituency had more voters from the minority community. It was Modi’s charge that the Congress was scareds to put is leaders to contest from constituencies where hindus were in a majority.  Rahul Gandhi is also contesting from Uttar Pradesh’s Amethi.

The Congress had earlier this month had approached the EC and had sought action against PM Modi’s “divisive” speech. “The matter has been examined in detail in accordance to the extant guidelines/provisions of the Model Code of Conduct, the Representation of the People Act and the report of the Chief Electoral Officer, Maharashtra. Accordingly, the commission is of the considered view that in this matter no such violation has been noticed,” an EC spokesperson said.

“The Congress insulted Hindus and the people of the country have decided to punish the party in the election. Leaders of that party are now scared of contesting from constituencies dominated by the majority (Hindu) population. That is why they are forced to take refuge in places where the majority is a minority,” Modi had reportedly said.

The Congress had alleged that Modi had made some “hateful, vile and divisive” remarks against Gandhi.

On the other hand, Rahul Gandhi’s ‘chowkidar chor hai’ jibe against Modi is also under EC lens. Transcripts of his two media interactions/interviews in which he had reportedly made these remarks have been obtained and it is under the consideration of the Commission.