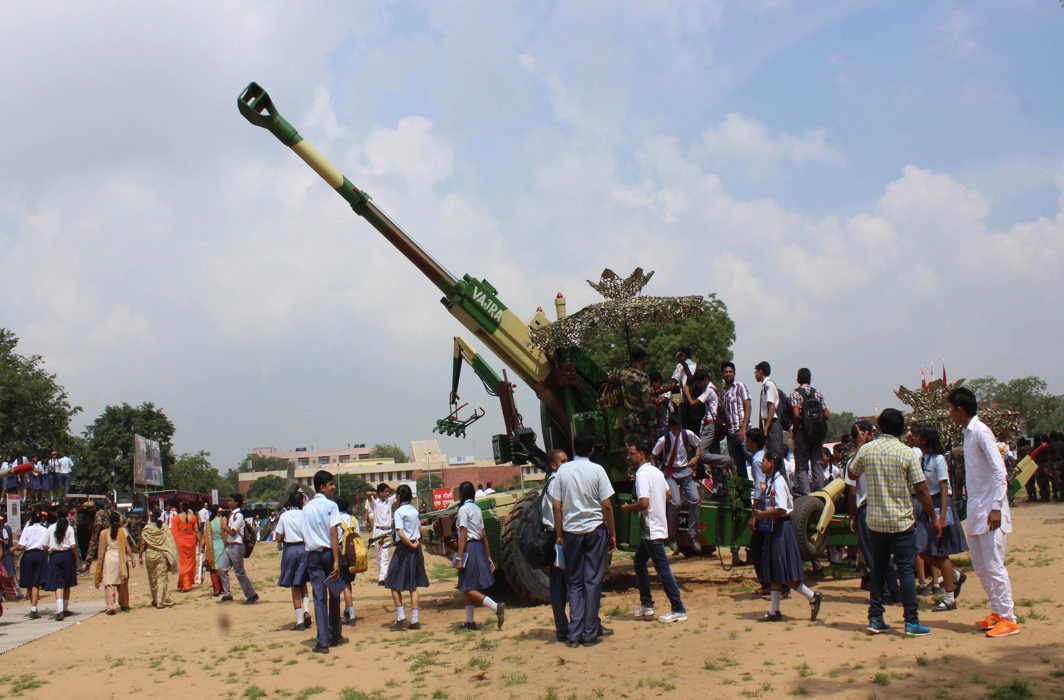 Above: School children and other visitors gathered around a Bofors howitzer during ‘Know Your Army’ exhibition in Jaipur (file picture). Photo: UNI

Following a recent plea – a Special Leave Petition (SLP) – by BJP leader and advocate Ajay Agrawal to reopen the Bofors Howitzer gun case, the Central Bureau of Investigation (CBI), too has now come forward, seeking permission from the government to file an SLP in the Supreme Court challenging the quashing of an FIR and the acquittal of the Hinduja brothers in the Bofors case by the Delhi High Court.

The agency, in a letter to the Department of Personnel and Training, has asked it to reconsider the UPA government’s decision in 2005, in which it did not allow the CBI to file an SLP against the 2005 high court order. That order had acquitted the Hindujas.

The Delhi High Court judge RS Sodhi had on May 31, 2005 let free the Hinduja Brothers— Srichand, Gopichand and Prakashchand in the case. The CBI, then did not file a plea challenging the order within the given 90-day period. The agency wanted to file the SLP challenging the acquittal but the then UPA government did not give it the green signal.

Agrawal had filed his plea on September 1 before the Supreme Court bench of Chief Justice Dipak Misra and Justices AM Khanwilkar and DY Chandrachud seeking an urgent hearing in the Bofors case. In his petition he has challenged the same 2005 Delhi High Court order. The matter is listed for final hearing on October 30. Now, with the CBI wanting to file an SLP for the same matter, it will have to approach the court – following permission from the government – and buy time to file the petition and also to request the court to club its appeal with that of Agrawal.

The CBI has, for some time, expressed its interest in reopening the case. On October 18 this year it had said that it would look into the “facts and circumstances” of the scandal mentioned by private detective Michael Hershman, president of US detective agency Fairfax.

Hershman, in an interview to private news channel on Tuesday (October 17) said the Rajiv Gandhi government had sabotaged his investigation in the Bofors case.