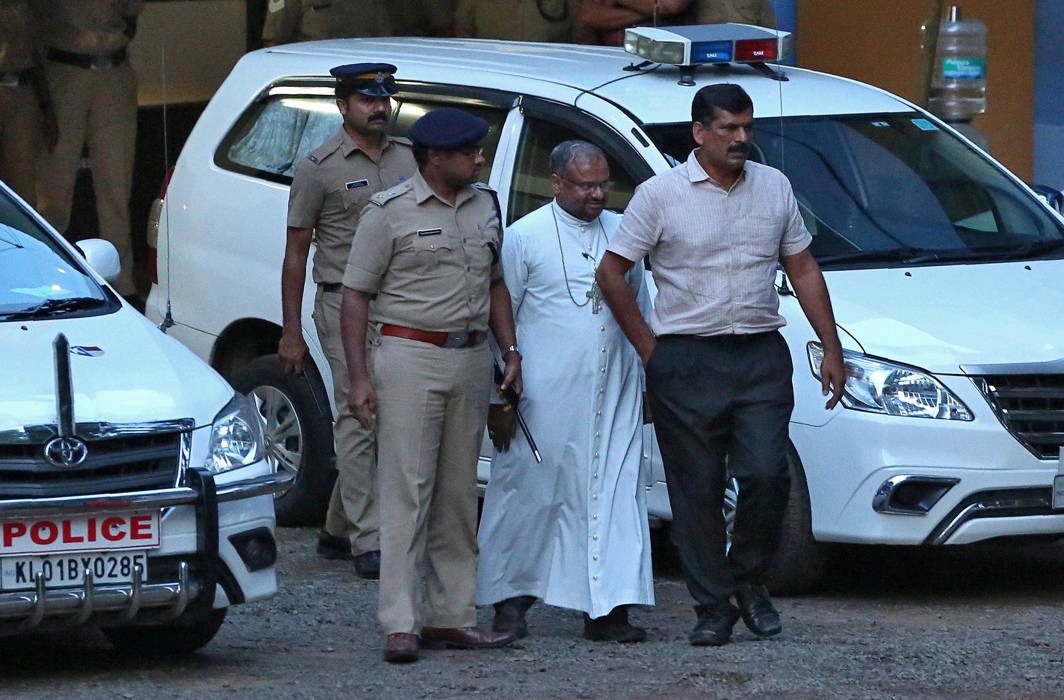 The Jallandhar based Missionaries of Jesus has served notice of transfer to four of the nuns who protested against Bishop Franco in the rape case of a fellow nun. The nuns are currently staying at a convent in Kottayam Kerala along with the nun who allegedly raped by the Bishop.

The nuns have however stated they will not leave the convent and are determined to stay on there.

The five nuns had participated in the protest in September 2018 organised by the Save Our Sisters (SOS) Action Council against Bishop Franco Mulakkal, head of the Jalandhar diocese of the Catholic Church.

Bishop Franco was arrested last year over allegations of repeated rape, which he denied. A nun, who is a member of the Missionaries of Jesus, has said that Bishop Mulakkal raped her during his May 2014 visit to her convent in Kerala. In a 72-page complaint to police, filed June 29, she alleged that the bishop sexually abused her more than a dozen times over two years. The bishop in turn claimed the allegations were made in retaliation against him because he has acted against the nun’s sexual misconduct. He alleged the nun was having an affair with her cousin’s husband.