CJI Ramana says women should have 50 pc reservation in all levels of judiciary, law colleges

The surge in Covid cases during the second wave put a halt on the efforts of resuming court hearings physically or in hybrid form. 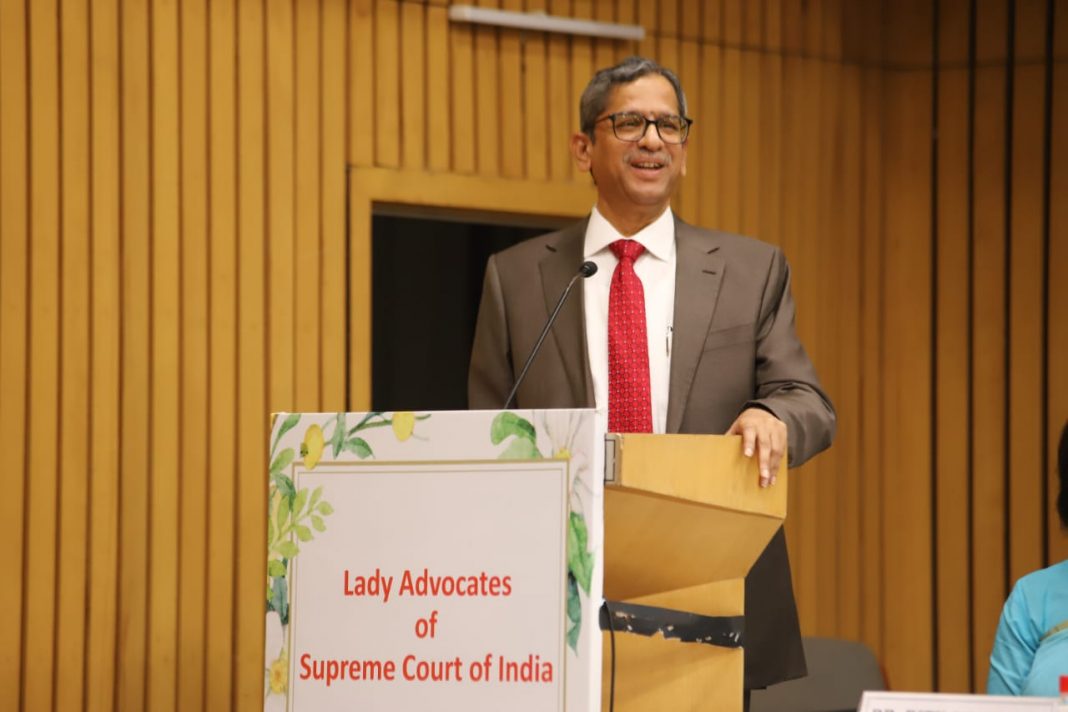 N.V. Ramana, the Chief Justice of India, on Sunday said judges don’t have any problem with the physical hearing of cases and hoped to resume after Dussehra if the country would not hit by another Covid wave.

While speaking at the felicitation ceremony to honour the Chief Justice and other Supreme Court judges organized by Lady Advocates of Supreme Court, CJI Ramana said that the judges are ready to reopen courts even in the pandemic time but the majority of the advocates and several senior counsels do not prefer physical hearing.

The CJI Ramana has also called for 50% reservation for women in all levels of the judiciary and also demanded reservation across all law colleges in the country. He said women of the world must unite because they have nothing to lose but their chains. Women must shout with anger and demand 50% reservation, not as charity but as a matter of right, he said.

The CJI Ramana said Vikas Singh, the president of the Supreme Court Bar Association (SCBA), told him that there is some problem with the SOP and he is trying to address their concerns.

Courts in the country were shut down in March 2020 in the wake of Covid-19. As the situation improved, courts began hearing most cases online through videoconferencing. However, the important cases were heard by the judges in person.

However, the second wave of covid and surge in cases put a halt on the efforts of resuming court hearings physically or in hybrid form.

Last year in August, the top court had decided to resume physical hearing on an experimental basis in certain courtrooms for final hearing matters with the consent of advocates. Though a list of 1000 cases for physical hearing was published, it did not take off as only a handful of advocates consented to it.