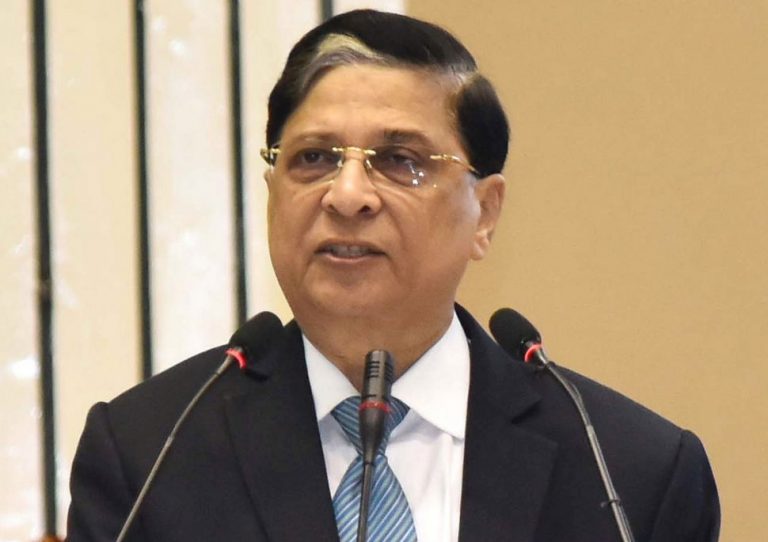 The Congress along with six other opposition parties — CPI(M), NCP, SP, CPI, BSP and IUML — submitted a notice for impeachment of Chief Justice of India (CJI) Dipak Misra to the Vice-President and Rajya Sabha Chairman M Venkaiah Naidu on Friday, April 20.

The Congress moved the notice for impeachment citing various grounds of misbehaviour by the CJI. Congress raised questions on the manner in which CJI has dealt with certain cases. It cited the January 12 press conference of four judges of Supreme Court saying: “When the judges of the Supreme Court themselves believe that the judiciary’s independence is at threat, alluding to the functioning of the office of the CJI, should the nation stand still and do nothing?”

Congress said the parties had to move the notice with a “heavy heart” since CJI had not “asserted the independence of judiciary in the face of interference by the executive”.

Some parties that signed the petition have backed out. Media reports quoting sources said Trinamool Congress and DMK, which were initially in favour of the impeachment, are no longer part of it.

Though most of the Congress leaders favoured the impeachment notice, some criticised it vehemently. Senior Congress leader Salman Khurshid was quoted as saying: “Impeachment is too serious a matter to be played with frivolously on the grounds of disagreement with any judgement or point of view of the court.”

According to the reports, former PM Manmohan Singh didn’t sign the notice along with other senior Congress leaders P Chidambaram and Abhishek Singhvi. Singh was kept out, because of his stature as former PM.

Indian constitution says that “a judge may be removed from office through a motion adopted by Parliament on grounds of proven misbehaviour or incapacity.” Fifty MPs are required to start an impeachment process.