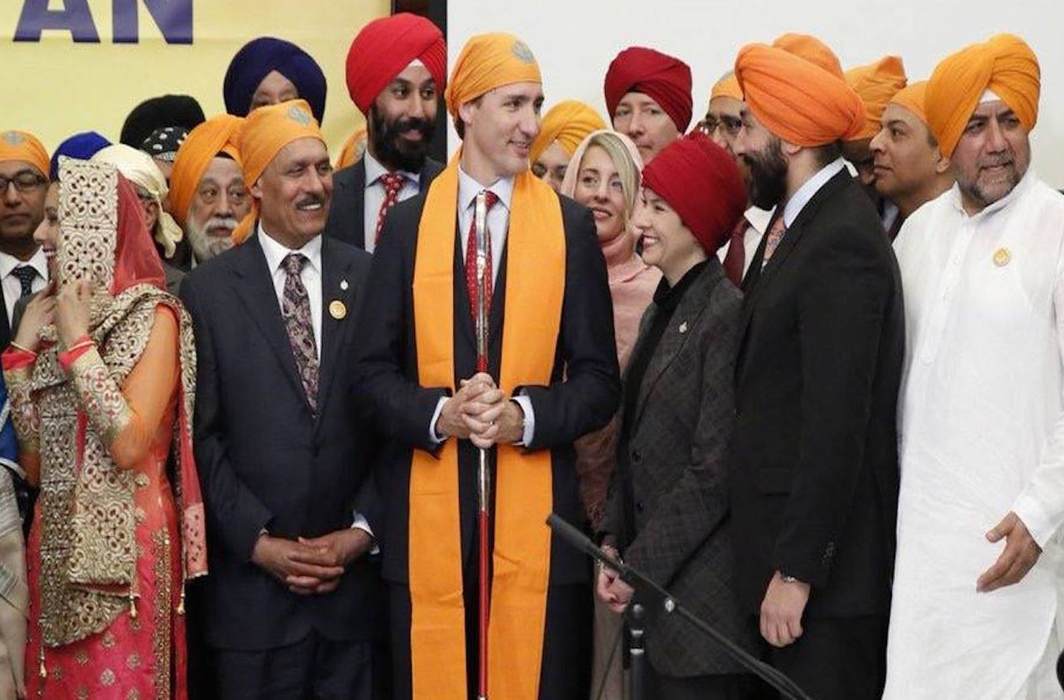 Ottawa: Canadian Defence Minister Harjit Sajjan has dubbed as “ridiculous” and “offensive”, a cover story carried by India’s widely circulated Outlook Magazine which implies that Canada is being complicit in the rise of Sikh terrorism.

A new real threat of Khalistani ­terror, fuelled and funded by foreign gurudwaras patronised by liberal white politicians, has revived memories of a blood-drenched era of #Punjab’s history https://t.co/33sYl9YT57

Sajjan and fellow Sikh minister in the Justin Trudeau administration, Amarjit Sohi, have made it clear that they neither sympathize with nor espouse the Sikh nationalist movement, which is bent on creating a separate country called Khalistan within India’s Punjab region. 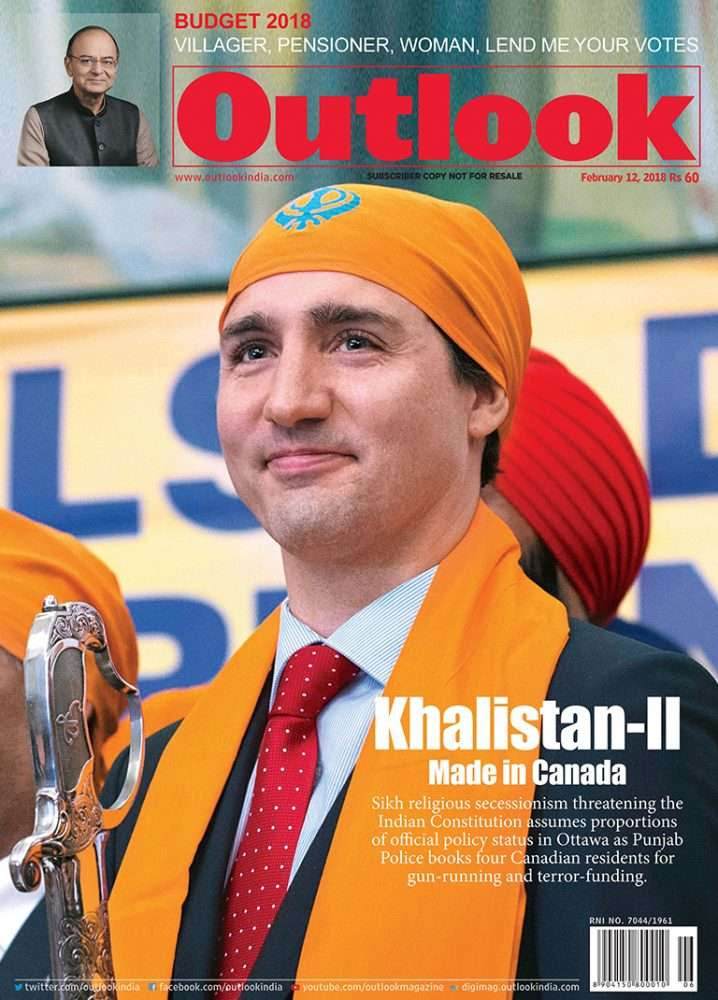 The latest edition of Outlook India features a photo of Justin Trudeau, the Canadian Prime Minister, and a headline on the cover that reads, “Khalistan-II: Made in Canada.” Inside, a number of articles describe alleged connections between Canada and the alleged Sikh secessionist movement; accuse Sikh Canadians of exploiting the country’s political system and blame free speech for allowing fundamentalist language to flourish.

Sohi, who is Canada’s infrastructure minister and represents an Edmonton riding, says he does not sympathize with the cause, nor does he hear much talk about it in the Sikh community. Sajjan, meanwhile, says the accusation is “ridiculous” and adds that Canada is being “sucked into” internal Indian politics.

“I’ve been a police officer, I’ve served my country and any allegations like these are absolutely ridiculous and I find it extremely offensive as well,” Sajjan said in Ottawa following a caucus meeting on Wednesday.

Canada elected some 16 MPs of Sikh origin in 2015, says the article in Outlook India magazine. There are also four Sikhs in the Trudeau cabinet, including Sajjan and Sohi. The articles in the magazine blame Canada’s allowance for free speech about human rights for giving “free reign” to more fundamentalist language that has led to the “radical capture of key gurdwaras.”

Interestingly, the Outlook article has come at a time when New Delhi is preparing to welcome Canadian Prime Minister Justin Trudeau for his first state visit; due later this month.

The goal of Trudeau’s India visit is to focus on trade and cultural ties, but a successful visit would surely be a re-election boon for Trudeau, who already enjoys a high degree of popularity among Canada’s 1.2 million Indo-Canadians, a substantial chunk of them being Sikhs.

Trudeau has a cordial relationship with his Indian counterpart Narendra Modi — the two have met on the sidelines of almost every international meeting they attended in the last two years, including just last month at the World Economic Forum in Switzerland.

The Outlook articles accuse the Canadian government of allowing Sikh separatist movements to flourish. An article also claims that four Canadians are wanted by Indian authorities for allegedly supply weapons and funding terrorism in India.

The magazine also includes an interview segment with Punjab Chief Minister Amarinder Singh, who says there appears to be “Khalistani sympathizers in Trudeau’s cabinet.” It is pertinent to recall that last April, Amarinder Singh had refused to meet with Sajjan when Sajjan was on an official visit to India.

In the Outlook interview, the Punjab Chief Minister said he hadn’t been contacted with a proposal for a meeting with the Canadian Prime Minister on the latter’s scheduled India visit. Singh, however, said that he would “be happy to meet Justin Trudeau or welcome him as per the protocol accorded to any state guest of his stature.”

Trudeau’s office won’t say if a meeting with Amarinder Singh is on the agenda.

Balpreet Singh Boparai, lawyer for the World Sikh Organization of Canada, has called Amarinder Singh’s claims of Khalistan sympathisers in the Trudeau cabinet as “ludicrous.” Boparai said: “These claims are not borne out by any sort of facts… they are very damaging and defamatory.”

Boparai said Indian media are always claiming outlandish things about Canada’s Sikh community which are never proven to be true. “Beyond political speech, there is nothing happening here,” he added.

The sentiment that Canada is sympathetic to the separatist movement is not new. However, some recent events have brought the allegations to the fore again, including an April 2017 motion in the Ontario legislature labelling the 1984 anti-Sikh riots that followed in the aftermath of the assassination of Prime Minister Indira Gandhi as “genocide”.

An official in Prime Minister Trudeau’s Office, speaking on condition of anonymity given the sensitivity of the matter, played down the impact the issue is going to have on his India visit, saying it will come up but will not be a focus.

If pressed, the official said, Trudeau — who leaves for India next week — will stand up for free speech and also reiterate Canada’s policy in favour of a united India.